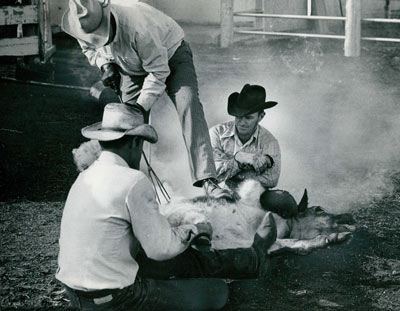 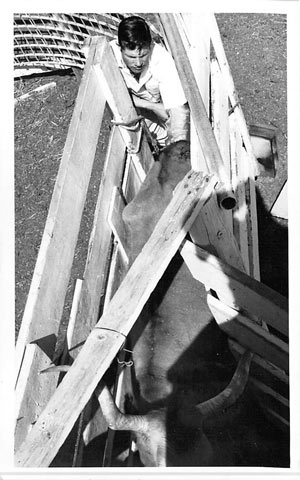 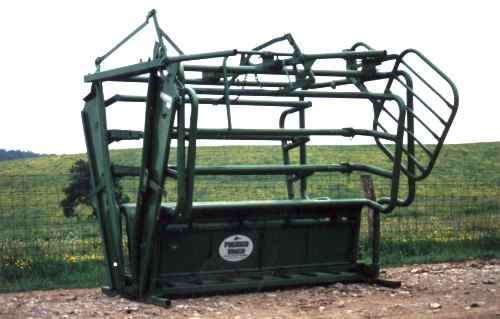 In 1979 as non-surgical embryo transplant technology developed we had to have a safe containment for flushing procedures. At one time we drew up a design to confine large horned cows inside a steel cattle trailer with squeeze containment. We were dealing with an embryologist with junk facilities - totally unsafe for valuable cows. On a small, start up scale, we had planned to flush one or two cows and haul them to the embryologist. This ended on paper and never happened.
Later in 1979 it was obvious the embryo transfer process was absolutely essential for rapid breed improvement. A professional lab with perfectly safe squeeze confinement was necessary. Using the flaws and successes of previous years, Bob Jardine, a perfectionist welder was given a set of plans to weld a totally safe side squeeze for valuable horned cows. It was designed wide in front for big horns, smooth horizontal pipes and cattle flowed into it from a series of alleys and confinement gates. It worked perfect for over 2000 embryo transfer pregnancies from 1979 to 1984. Never was a cow injured, no horns tipped or broken. Cows stood on dirt which, we learned helped them be more casual. 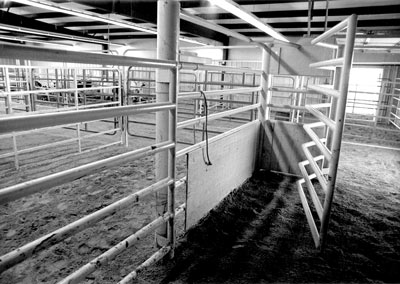 This is the first state of the art side squeeze for valuable horned cattle.
When the system became so safe, and great results were achieved, the top cows were sent from all over to the Colorado facility for flushing. This was the first side squeeze designed for horned cattle, without a head gate. The largest embryo facility in the nation was Rio Vista International at San Antonio. When they lost nearly all their donors to the Colorado program, Rio Vista sent Tom Risinger to Colorado to sniff the tires at Dickinson Cattle Co. (DCCI) He measured the side squeeze, snapped a few photos and was off for San Antonio. Within a month they announced they were prepared to safely flush horned cattle. Several others have designed variations of our first side squeeze, some making life time businesses of producing chutes copying our original design.

After the Colorado embryo flush squeeze others were made by DCCI with slight variations. The widened front end was eliminated and pipe spaces were widened at the top to allow horn space. As the Texas Longhorn business flourished several chutes were marketed, bigger and bigger, often more costly. They were designed so heavy, and large, the cost of shipping to buyers has become prohibitive. The Powder River Classic is no longer manufactured.

With numbers of experimental designs at DCCI, in 2008 a new concept was drafted. One of the problems was the cost of freight. Freight is the highest in history. DCCI Equipment designed a two side squeeze, no head gate, all purpose squeeze that condenses into a 9' X 5' X 7" size for shipping. It is the BRY Chute. It is shipped common carrier right to a business location of the buyer's choice. The price is $1600 delivered in the USA. 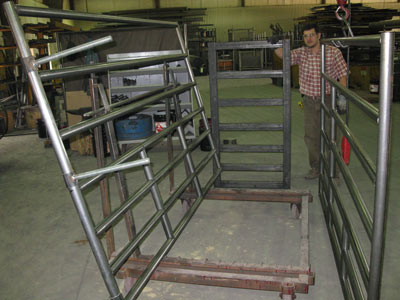 This is one of the early BRY prototypes which was later changed in several areas.
A major dairy equipment manufacturer agreed to build the BRY with a modern assembly line and exact jig duplication. Several prototypes were developed with simple strap, rope and cleat designs. The BRY serves a market for horned cattle yet works well for all breeds. It is economical and can be used for castration, branding and all types of medications. It is all horizontal verticals with no horn entrapments and is installed with 6 bolts to a barn, fence or alley system. 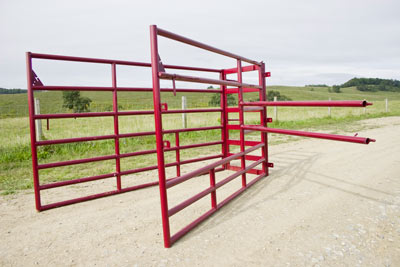 The BRY chute displayed, not attached in the use position.
The BRY does not set on the ground so it never rusts on the bottom like other chutes. It can be moved easily in a pickup or small trailer. It has two pins which connect the three parts. There are 3 settings designed to accommodate small stock, normal cows or large bulls. The BRY is not designed for large operations, but for herds of 50 cattle or less. It is not fast, but is very safe for people and stock. The wider top spacings allow safer reach-in to do pour-on or vaccinations. The BRY chute has become the leading selling squeeze for horned cattle including Texas Longhorn, Yak, Highland, and Watusi. 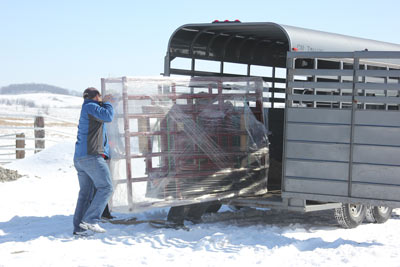 It can be handled with or without a mechanical lift and fits in a small trailer or any pickup.
In 1981 the need for quick corrals caused the ranch to buy a number of light weight panels. Cattle learned to crawl under them, they were bent and over the years unusable. After many panels were trashed, a design was developed using square tubing. A jig, table height, was developed to make exact duplicates. Ranch employees made several hundred panels which are still in service at DCCI over 30 years later. 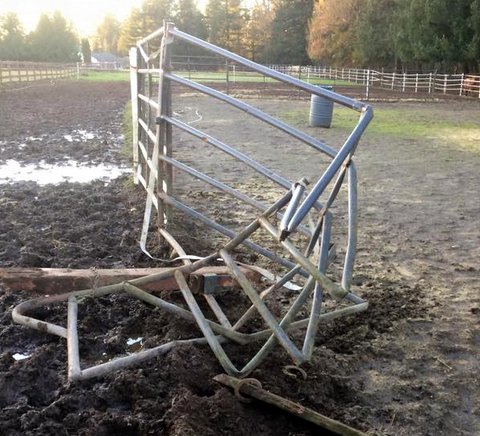 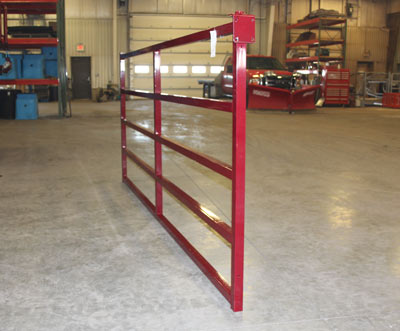 BRY Crowding Panels for heavy use livestock handling.
After the success of BRY Chutes, DCCI Equipment has designed the BRY Crowding Panels. They are heavy duty 5 bar, 1-3/4" square tubing, 14 ga. high tensile steel, maroon paint dipped. The BRY Confinement Panels are not for quick transport, but for solid attached fencing in heavy use areas where cattle are pressured into a squeeze or loading ramp. They are 8, 10 and 12.' The panel is 51" tall and bolt/mount about 12" above ground. That is 63" tall, depending on mounting height. The BRY Crowding Panels come with optional attachable/removable hinges and heavy duty (3000 lb test) bolt latches. Unlike most other panels there are absolutely NO vertical parallels to trap horns or legs. The BRY Crowding Panel is the best available for the biggest horned cattle or cattle with appendages of value. They may be welded to steel or bolted to wood posts. These panels are designed to last a lifetime and provide a safe, smooth cattle handling flow. Available from DCCI Equipment, 35000 Muskrat, Barnesville, OH 43713 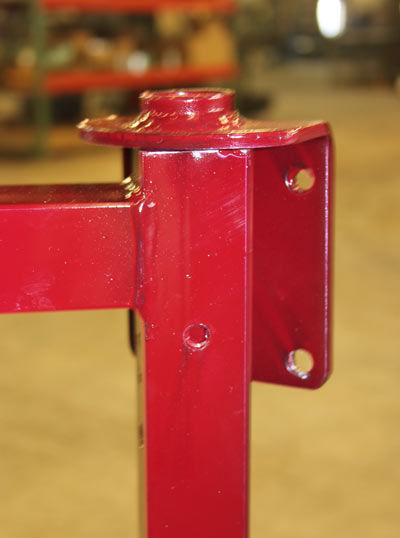 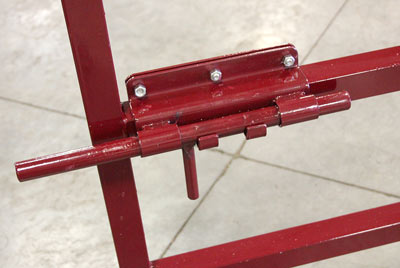