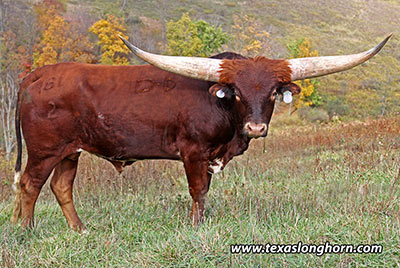 Clear Point, a registered Texas Longhorn bull won 6 of 6 World Championship Bronze during the Horn Showcase in Fort Worth and the Longhorn Expo in Oklahoma City. He is owned by Dickinson Cattle Co of Barnesville, Ohio.

Barnesville, OH -- Dickinson Cattle Company (DCC) of Barnesville, Ohio won 13 World and Expo Horn Championships in Fort Worth, TX, and Oklahoma City, OK, ending with the fiercest of competition on Oct. 18.  The final measuring was in the Cox Convention Center in downtown OKC.  These are the world's two  largest cattle competitions.

The TLMA World Championship is a horn measuring event with careful detail to tip to tip measurement, total horn, which measures around the curl, and horn base circumference. Measurements are calculated to 1/16th of an inch by a team of experienced horn masters. This event has built momentum for many years and has great influence on Texas Longhorn market popularity.  In recent years Texas Longhorn cattle have sold for amounts above $150,000, and many were sporting record wide serpentined spreads.

Texas Longhorn cattle are bred for all the main virtues of other cattle breeds, yet beyond that, longevity of production, attractive colors, unassisted calving, large weaning weights and long twisty horns.  The horns are an exciting investor factor with multiple opinionated preferences.

The Texas Longhorn Breeders Assn of Fort Worth hosts the annual Horn Showcase event. The largest horned cattle all over North America from Alberta to South Carolina to Texas to California have satellite measuring regional contests.  Thousands of measurements have been calculated. A grandiose final event is staged in Texas -- with total entries of 795 from all 17 North American satellites. 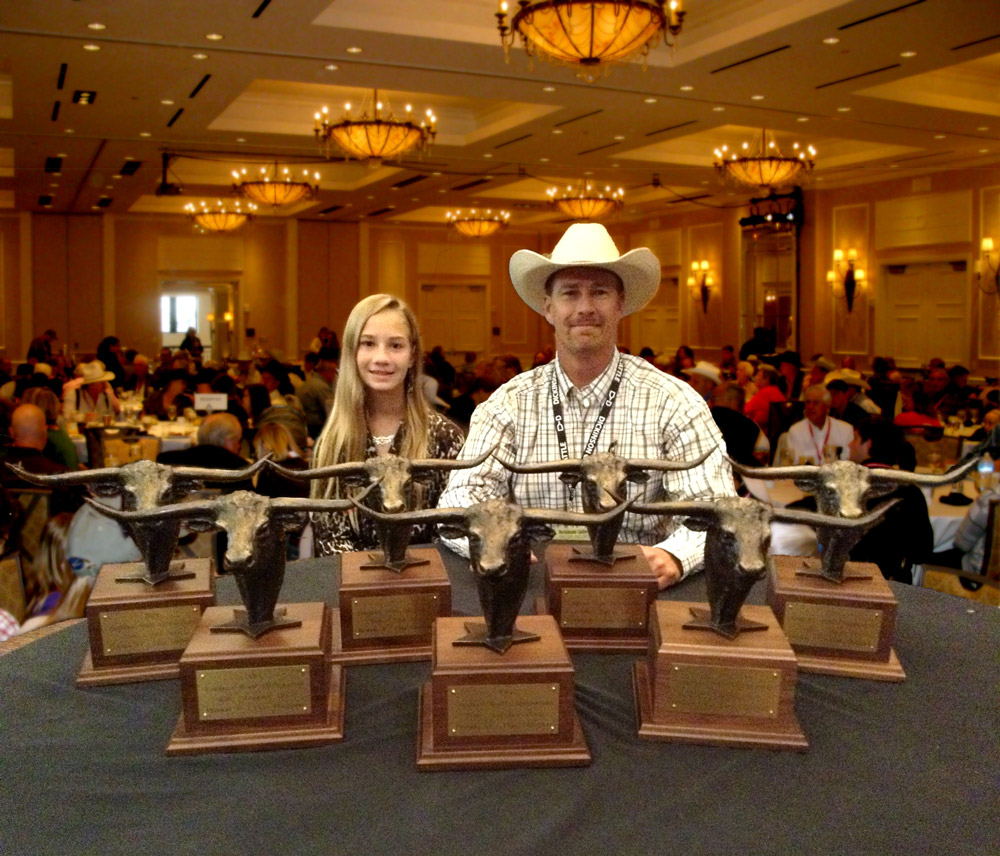 The International Texas Longhorn Association and Texas Longhorn Marketing Alliance co-host the Longhorn Extravaganza for a final stretch of the judge's tape. Held in Oklahoma City at the Cox Center the Expo turns into a two day 10 ring circus of horn measuring, shows, futurities, marketing booths and vendor "horn" peddlers.

DCC entered three Ohio raised herd sires Drag Iron and Clear Win, both prior World Champions and the young bull Clear Point.  Clear Point won six out of six World Championship bronze, besting all bulls nationally in his division.  At 29 months Clear Point measured 77-5/8" tip to tip, 90-3/4" total horn and a whopping 21-3/4" horn base circumference. These measurements were added together giving him the Composite Bronze Championship Award with 211-1/2."

Caption : Clear Point, a registered Texas Longhorn bull won 6 of 6 World Championship Bronze during the Horn Showcase in Fort Worth and the Longhorn Expo in Oklahoma City. He is owned by Dickinson Cattle Co of Barnesville, Ohio. 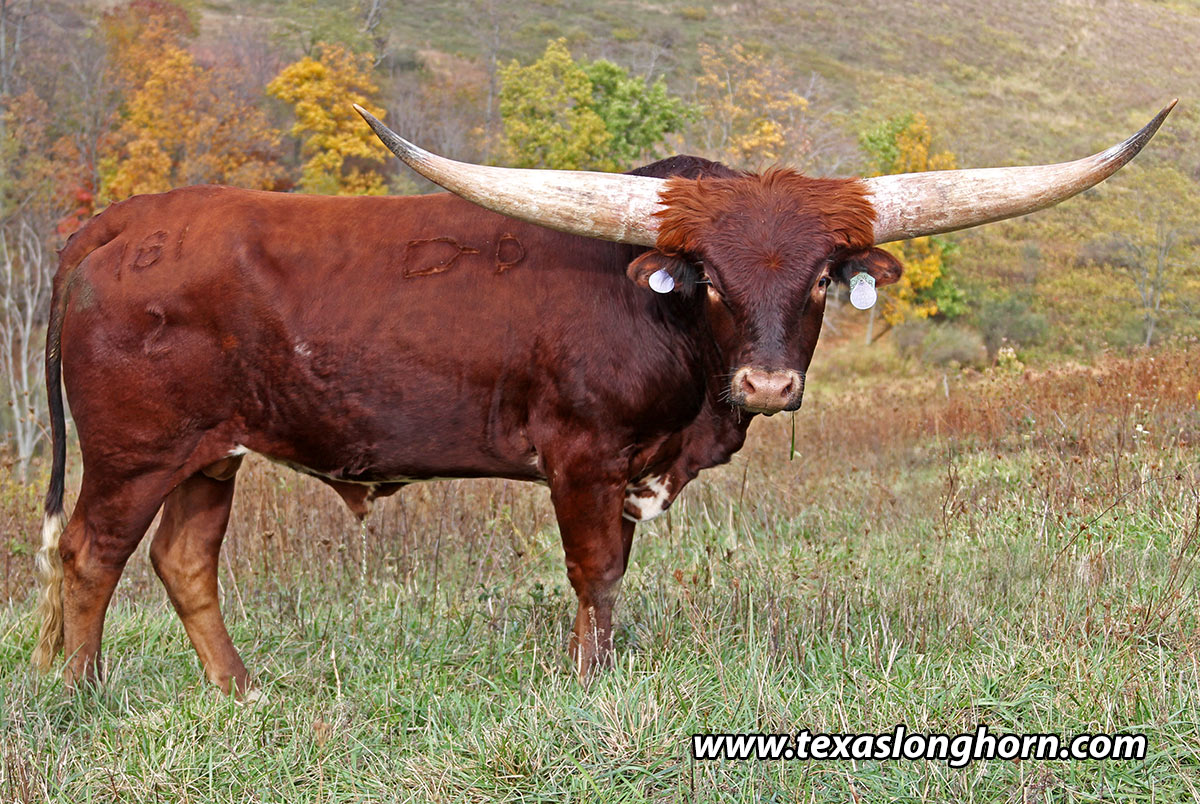