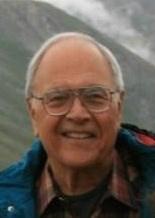 "I have fought a good fight, I have finished my course, I have kept the faith."
2 Timothy 4:7

Diagnosed with cancer three years ago, Joe Assad, born July 11, 1943 in Corpus Christi, TX, knew it was a "win-win" situation. If he beat it, he would stay here as a devoted husband to wife Debbie; loving father to daughters Katie and Betsy; philosophical father-in-law to Andy Jefferies; caring grandfather to Dade and Aidan; and mentor and wise counsel to family, friends, and everyone he met. If he didn't beat it, he would go home to be with his Savior Jesus Christ.

The Good Lord called him home on August 22, 2014, leaving a legacy as a faithful member of Houston's First Baptist Church, founding member of the International Texas Longhorn Association, and a committed and unique life insurance agent. His memory lives on in all who knew him so please join us in a celebration of his life.

Joe never did things in a small way. When he determined to begin a Texas Longhorn herd he called Dickinson Cattle Company, (then in Colorado) and admitted he was an insurance man, knew nothing about cattle but wanted a truck load of cattle, not high dollar, but respectable. Two weeks later a semi from Colorado unloaded 62 head of breeding stock at his Chapel Hills, Texas ranch. When those big horns came down the ramp on Joe's ranch, his love of the breed began, lasting, and growing to his last days. Four years later he consigned one to the Houston Gathering Sale and she topped the sale. Joe was a fast learner, a competitor and a strategists.

Just so no one misunderstood his Christian convictions, Joe made a bold open statement and named his cattle Bible verse names like Psalm 138:7, John 14:21,  Proverbs 3:5, Hebrews 7:22 and named bulls from famous Bible heroes, Moses, Matthew, Joshua, Meshach, Redeemed, and Noah.  This witness act, unique to Joe, makes his cattle easily identified and always will.  These names will be recorded in Texas Longhorn pedigrees as long as there are Texas Longhorns.

Before an ITLA event Joe would start revving up awareness by emails.  He felt none of the associations promoted enough, quick enough or long enough. He would have numerous entries fitted to perfection by Bobby Duby and show to win. Joe challenged everyone to come, enter the show and try to beat his entries, especially the Get of Sire Classes.  It wasn't that Joe wanted to get beat, he wanted a large show, lots of entries, lots of people involved and a good profit to the association. Everyone on his email list got challenges every week.  He single handedly brought in loads of entries, attendance and new producers by his huge email list.

Then Joe would call and hammer me for not working my email list more; get the word out to an even larger audience. He would complain, encourage, demand -- and in respect for Joe I would work on releases, getting the word out, sending out more pr stuff.

Then he called and complained. He always wanted me to be more positive. Less confrontational, more friendly, cheery; work harder to promote TL cattle. He always had a unique promotion plan -- something along a different path -- his own opinion of where the thought control should go.

In politics Joe served on the ITLA board and VP for many years.  He was an early founder in the Houston Chapter of ITLA, using the Houston Stock Show to promote the cattle, always getting new affiliate members.  When Joe was president of the Houston Chapter, at one time he had recruited over 550 members, had field days, sales, brought in motivational speakers, even to the Houston Rotary, the largest Rotary in the world. The Houston Chapter gathered so much membership income they donated over $50,000, years ago, to the ITLA Building Fund.

Now, bear with me. I am guessing, but here's my thoughts.  Joe, is in Heaven -- the same Joe we knew and loved.  However, don't forget, he is a promoter.  Unless I am wrong, which I don't think I am, he is doing something. He is new in Heaven, you know -- it's his first few days. That newness would not prevent him from being bold enough and offering some tips on promotion. He may be offering some tips to the Lord about the placement of the Longhorn pasture closer to the front gate. There won't be any insurance to sell, so that's not an issue.  Do you think maybe he is politely offering some ideas of "Heaven promotion?" Perhaps to get an email out about how great Heaven is, so that none of his friends would miss out on this greatest of all eternal joys? If Joe has his way, watch the internet for some special eye witness information, but if not, just read the King James Bible like Joe did, it tells everything each of us needs to know.