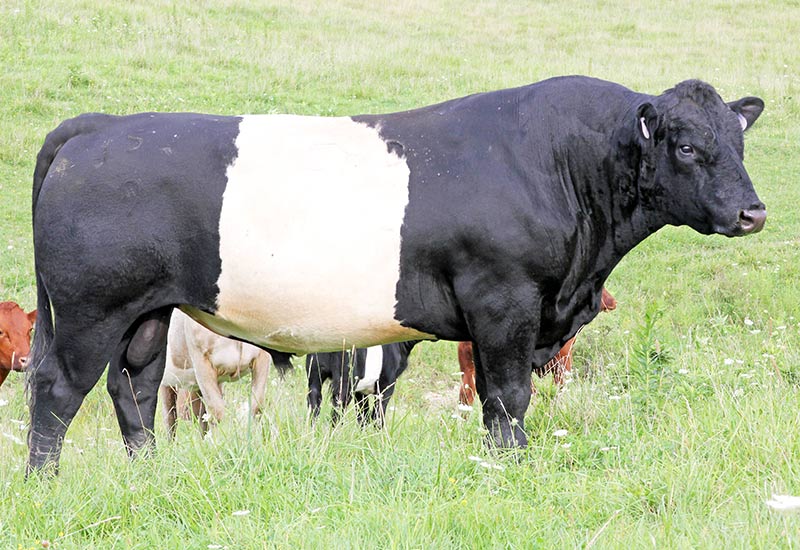 POWER GAME - He was 758 lbs at 205 days BIF adjusted for a two year old dam. Current weight 2245 lbs. He is the best BueLingo bull ever raised at DCC. He is very imperative to the DCC BueLingo program, and now for the entire breed. His growthy calves confirm his meat siring qualities. Use him for proven carcas quality and efficient gain. He is sired by Fun And Games and out of Extra Fin by Extra Value. 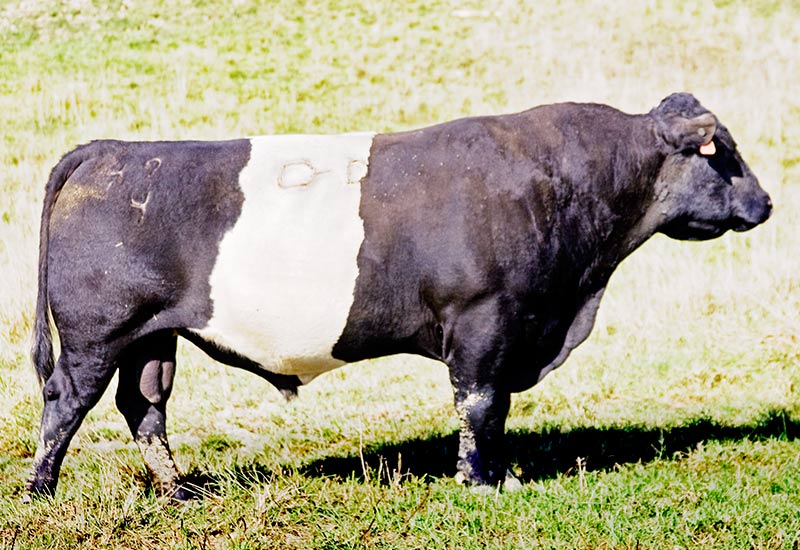 DIP STICK - Is believed to be the most consistent easy calving sire at DCC. He is recommended for all first calf heifers. Although his own birth weight is 74 lbs, his average progeny birth weight on two year old heifers is 64 lbs. His dam, Orisular is 1200 lbs. He is recommended for registered Buelingo or non belted use for a high percentage of correct belts. He is sired by Cycle Progress and out of Orisular by Circular by Ultimate Circle. 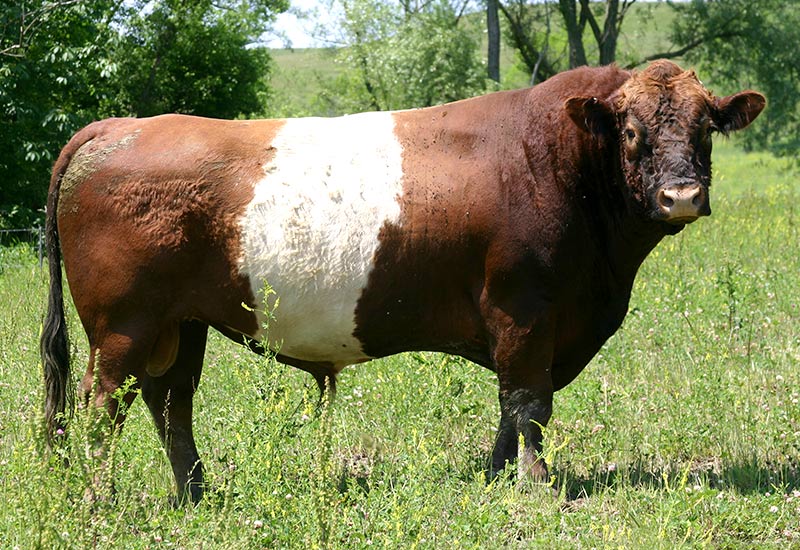 YARD OF FUN - You saw his calves place well at the BBCS Championship show, and several producers have progeny from him. He was the leading sire of the V-3 Roland Vernon herd until purchased by Dickinson Cattle Co. Use him on non belted cows to get belts, use him on registered cows for red belts, use him to get polled calves, and trust him for moderate to small birth weights. His 2275 lb masculine structure makes him a bull with a major amount of size combined with a humane birth size. He is sired by Yard Dog by Garfield of FX. His dam is H & R Delite. 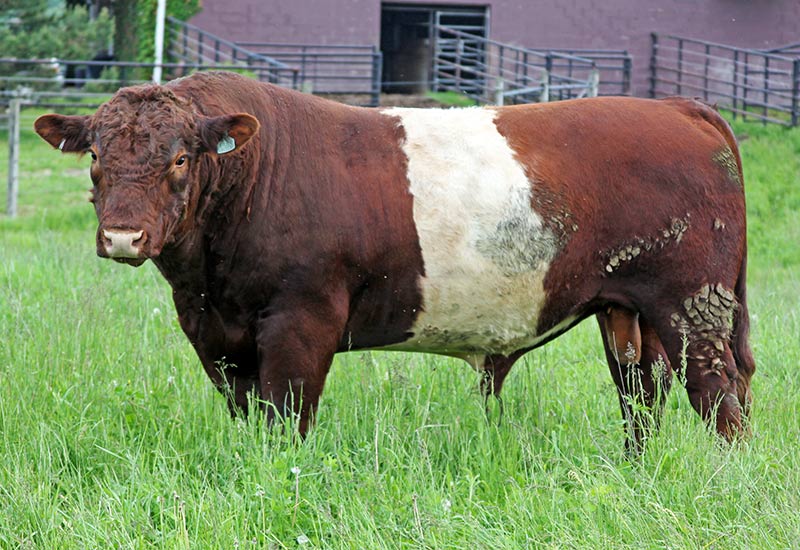 SCARLET KID - He may be the top red belting BueLingo sire. He has a long pedigree of consistent belts, low birth weights and rapid gain. He is a half brother to Power Game yet red. He is sired by Fun And Games and out of One More Cycle by Cycle Progress. Use him to eliminate dairy conformation in BueLingo progeny. 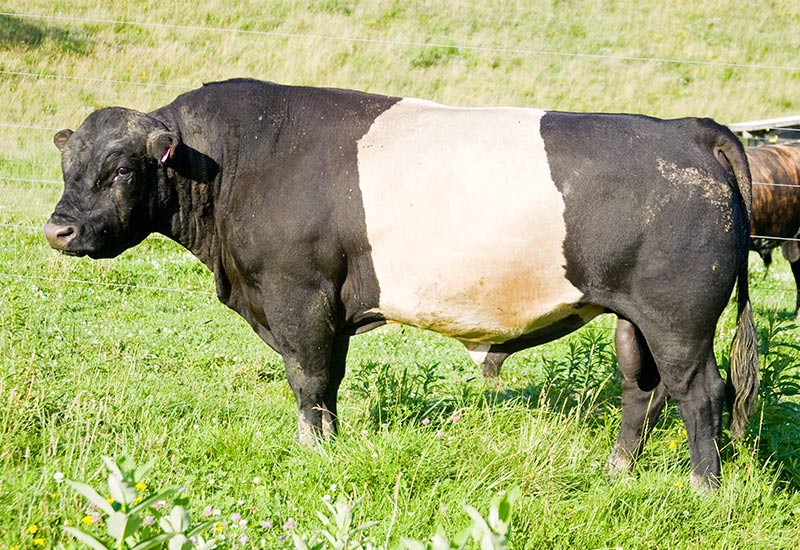 GRAPHIC PROGRESS - Is the ultimate Buelingo sire. He combines the elite type of Cycle Progress, his sire, plus the beauty and style of his dam Calligraphy by Dakota Marshall. Graphic Progress is recommended for belting both registered and non belted cows. He is extremely trim fronted with a huge hind quarter. He has the true Limousin shape and the flamboyant Buelingo color. His dam weighed 1500 lbs top weight. Birth weight 72 lbs. This is a family that gives the small birth weights and large weaning weights. He is sired by Cycle Progress and out of Calligraphy who is by Dakota Marshall . 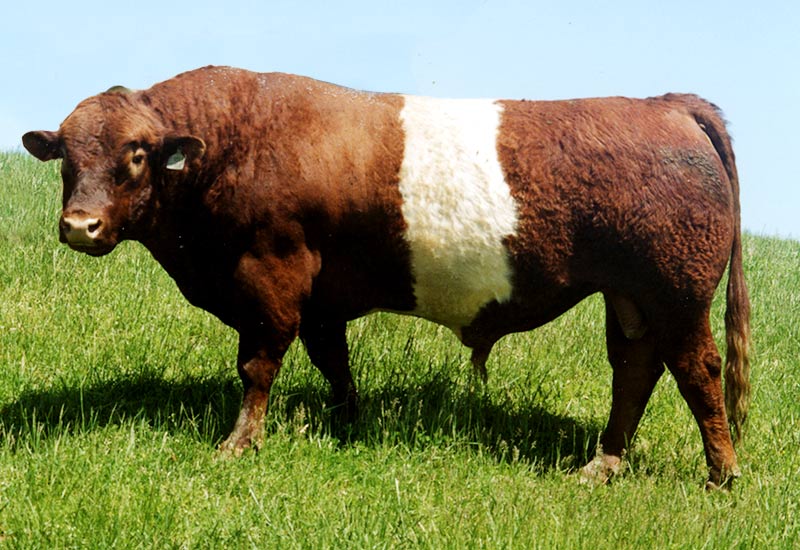