Cattle Theft: An Old Crime On The Rise 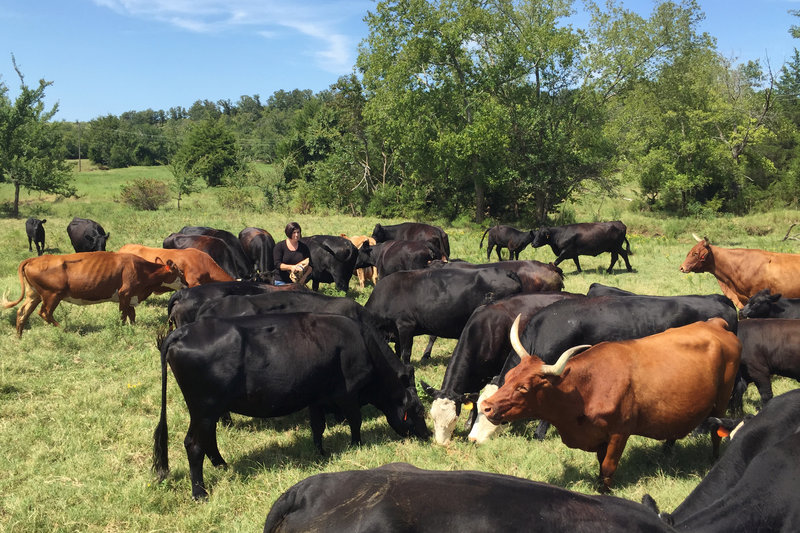 Susan Edmonson, a cattle rancher from Henryetta, Okla., with some of her cattle. Since last fall, cattle thieves have thinned her herd, one animal at a time -- a major financial blow for her farm.
Jacob McCleland for NPR

Crooks and criminals in America's farm country are turning to an old crime â€” Cattle rustling. The high price for beef and substance abuse are behind the surge in livestock theft, and that's putting some ranchers on edge.

At Susan Edmondson's farm near Henryetta, Okla., cattle started disappearing one by one last fall. At first she thought they had just wandered off. But over the winter, more and more went away, until she had lost 12 cows and 16 calves.

"Two of the kids are my neighbors," she says. "Two of the kids were on my kid's football team. I've coached them in Little League. I took them to rodeos with us. They live right across the street from me. I can see their house from my house, and they ate at my dinner table."

Cattle rustling is a crime with "low risk, high reward, really," says John Cummings, a special ranger for the Texas and Southwestern Cattle Raisers Association, which investigates agricultural crimes in Texas and Oklahoma.

Cummings calls himself a "cowboy cop," and he looks the part -- cowboy hat, jeans, boots. But make no mistake: He and his colleagues are real officers -- with guns and jurisdiction in Texas and Oklahoma.

About 4,000 head of livestock have been reported missing or stolen in the two states this year. That should outpace the number taken last year. 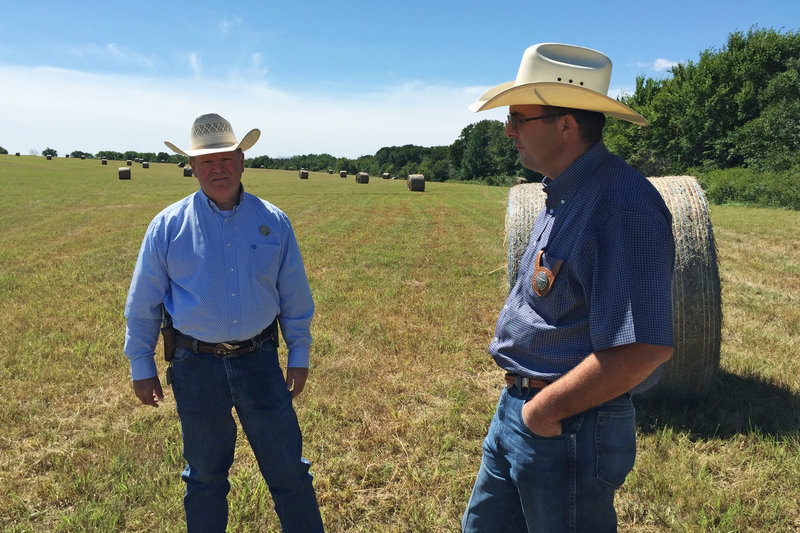 Lately, Cummings has seen more calves go missing as their price rockets up. "Sometimes they [have] no brands, no ear tags, nothing," he says. "So they're a little easier to steal physically, and they're sometimes easier to sell without detection, because they are not marked and they are hard to identify."

It's not all market-driven. Cummings estimates more than two-thirds of the thefts involve drug and alcohol addiction.

"We've had cases where people have actually stolen cattle, taken them to a local person, put them on their land, and in exchange got drugs for those cattle," Cummings says.

And meth, imported from Mexico, remains the drug of choice in rural Oklahoma, though heroin is becoming a problem.

There have been a few granddaddy cattle heists, like 1,100 head taken from a fast-food chain's farm in Follett, Texas. But the vast majority are just a handful of cows.

"Most ranches in Oklahoma are small, under 50 head. The profit margin is small, so it doesn't take much of a theft to put them in a bad situation," Cummings says.

A bad situation, like the one Edmonson now faces. She sells calves every year to make her loan payments.

"It just puts me in a bind," she says. "People don't think anything about it when they're like, 'Oh, somebody just stole a cow or this or that.' But when it's that big of a hit, I mean, I don't know if I can make my payment this year. It's devastating."

Cummings says stealing cattle is tantamount to stealing bread from somebody's family -- and that's something a rural jury isn't going to forget.