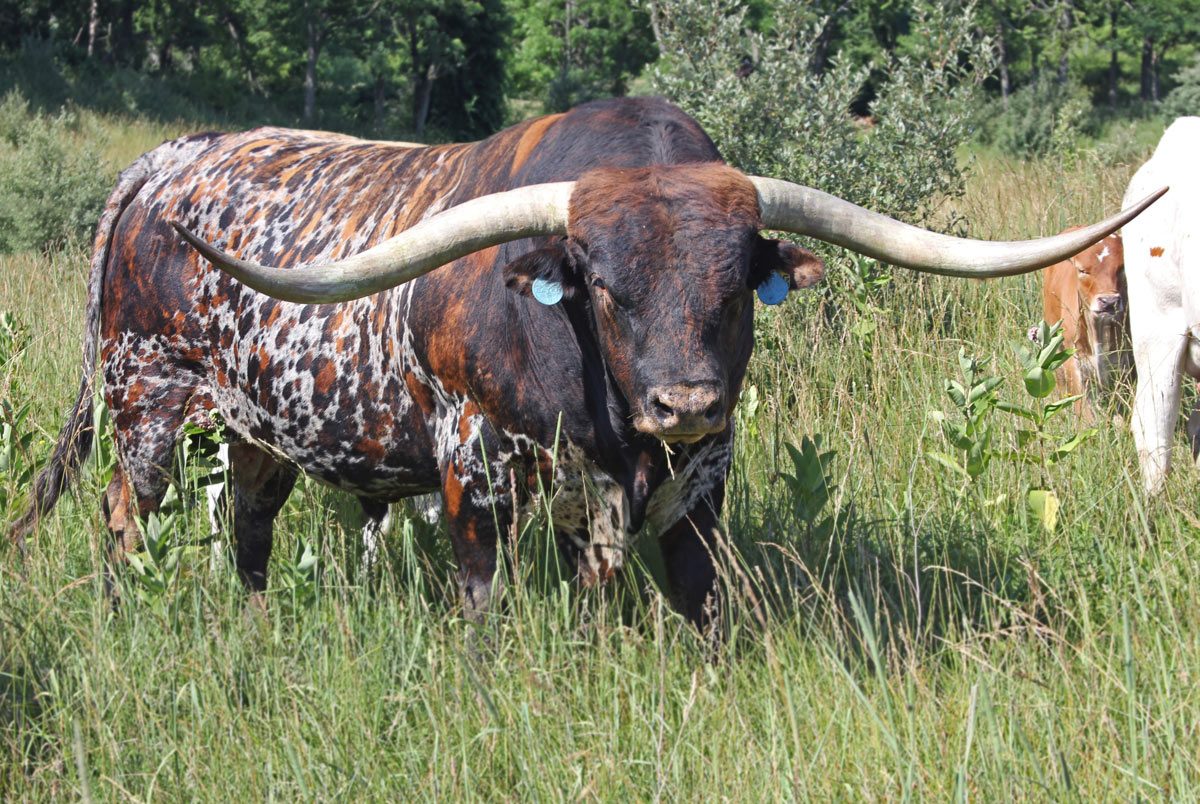 Drag Iron brought great genetic strength to the Dickinson Cattle Co herd with easy to sell bright brindles, tall thick cattle, easy to handle dispositions, correct conformation and excellent retaining demand (people want to keep Drag Iron progeny instead of quickly selling them). Last month Drag Iron was purchased by Glendenning Farms of Celina, Texas. He is at Celina now. When he left DCC there were 73 of his daughters in the herd, full sisters, full brothers, great flashy colored sons and semen to assure future new progeny. Now, what happens after Drag Iron is gone? 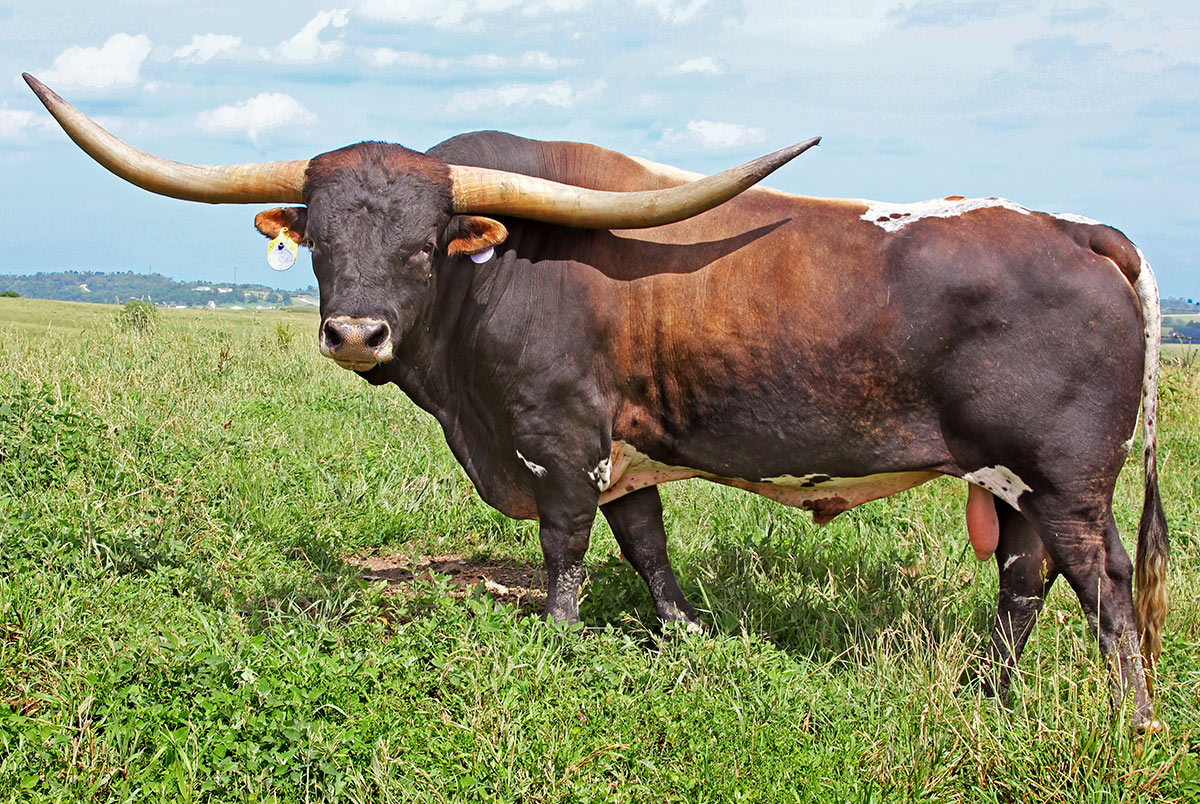 This rich dark seal-brown bull is a son of well known Maximus by Grand Slam. With a detailed look at his long star-filled pedigree you will find Senator, Gunman, Bail Jumper, Royal Spice, Ghost, Texas Ranger, Measles, Impressive, Roundup, Dakota Kid, Measles Super Ranger, Conquistador, Blue Blizzard and White Rock General. RODEO MAX ST is the 8th widest tip to tip, living, officially measured TL bull. At DCC he is bred to cows with heavy beef conformation that are whiter than desirable color. He is one of the few TL sires over 80 who is a dark dominant near-black color. He is also TLBAA Horn Showcase winner of two Bronze for Tip To Tip, two Bronze for Composite and one Bronze for Total Horn. 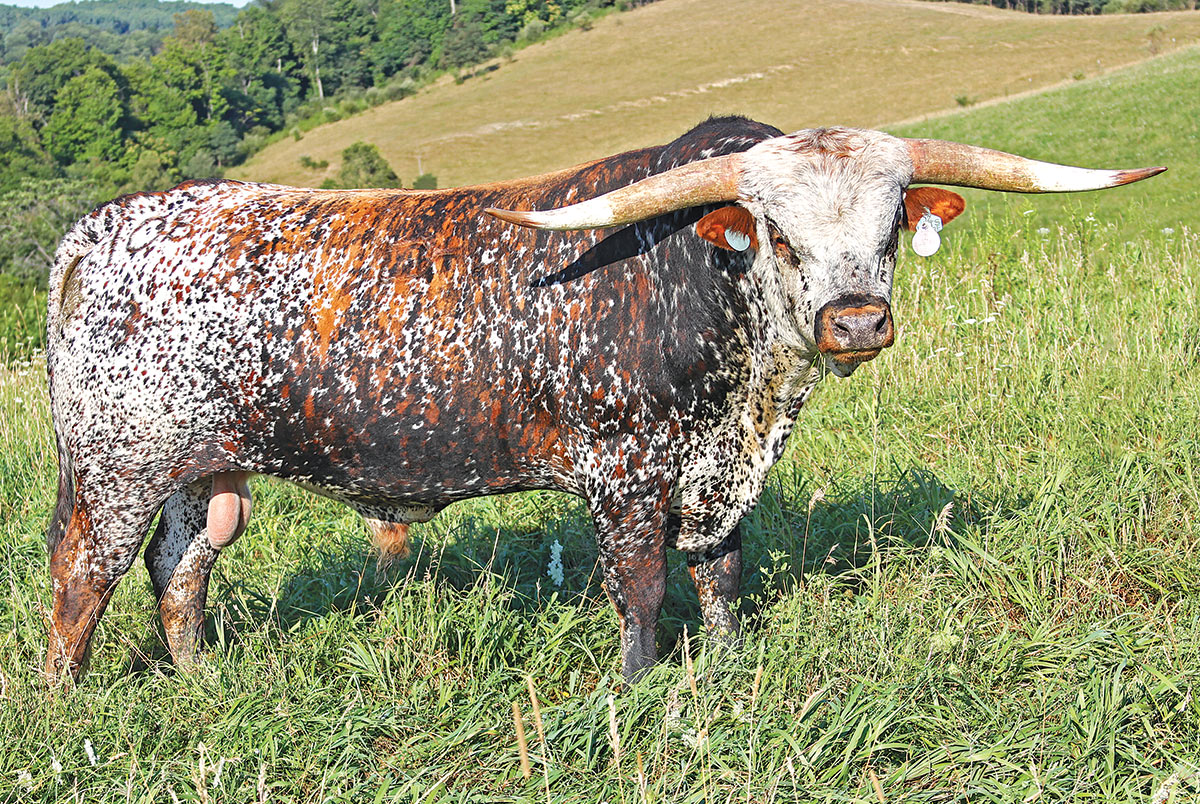 Lots Of Flair is a 3/4 brother to Drag Iron and to date, right in the same foot steps as his World Champion relative. He is the DCC mating choice for heifers sired by Tempter (85 T2T), Clear Win (86 T2T), Jubal Jangler (79 T2T), and Over Kill (80 T2T). He is only age 2. His first pasture of progeny have met the value tests with numerous happy purchases of his speckled first crop. His consistency of brindles, huge thick calves and specks like the White House dining room sealing is exciting. He is big and gentle. 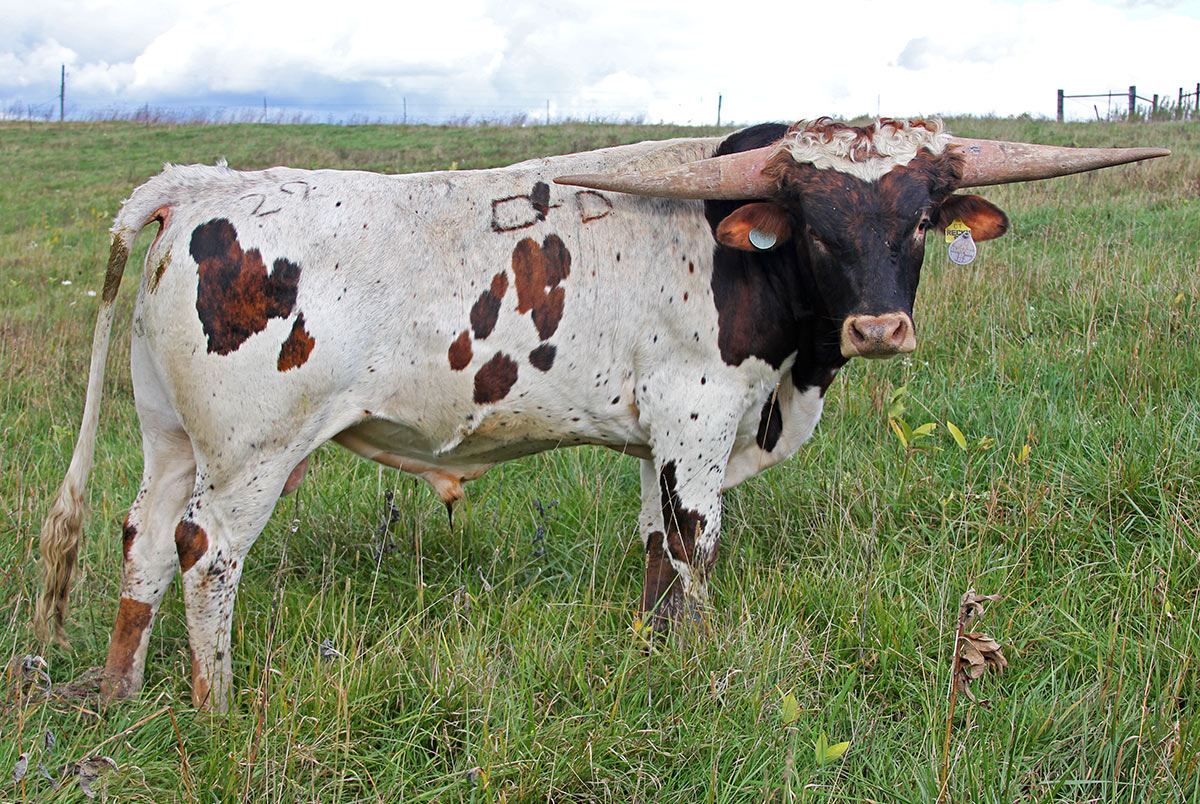 Reckon So is the first Cowboy Tuff Chex son to be serviced at DCC. He is big, sleepy and bred to the Kazoo. His dam was a triple horn champion in 2013. At 547 days he measures over 55". Watch him and see what happens. At DCC he was bred to Drag Iron, Over Kill and Rodeo Max daughters. Come to Ohio and say hello to Reckon So. 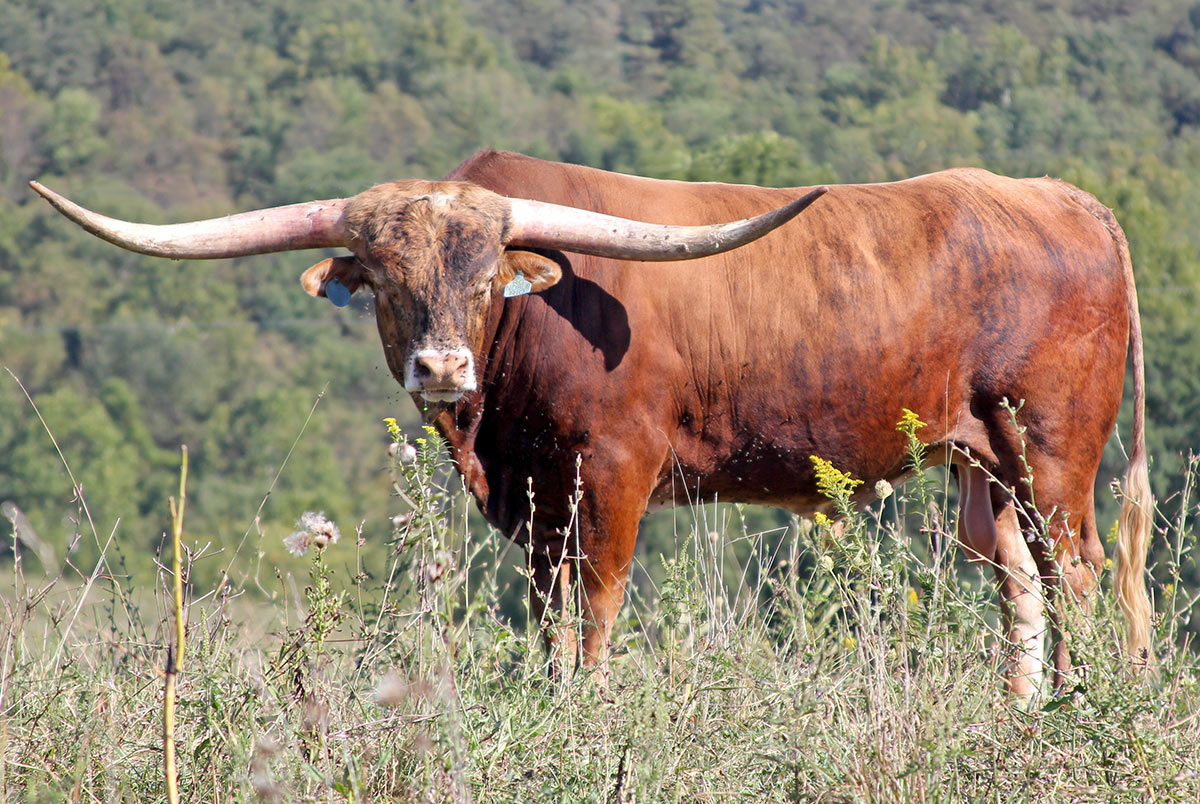 Kip Up is one of two sons of Rio used by DCC. His symmetrical brindle lines, horn growth, and popular blood make him very useable. He is the widest horned 2013 bull at DCC. Looks like over 80" easy with maturity. He promises to be tender and compassionate with the young heifers and that is important. He is well versed in the Animal Care laws -- he cares. His first calves were born in 2015. When bred to cows heavy on the white side, he sires very pretty spotted progeny. His dam is one of the top cows at DCC.

There will be life after Drag Iron -- a different life. But just in case, in 2016, a good number of cows will be AI bred to Drag Iron just to keep those special stylish types coming.