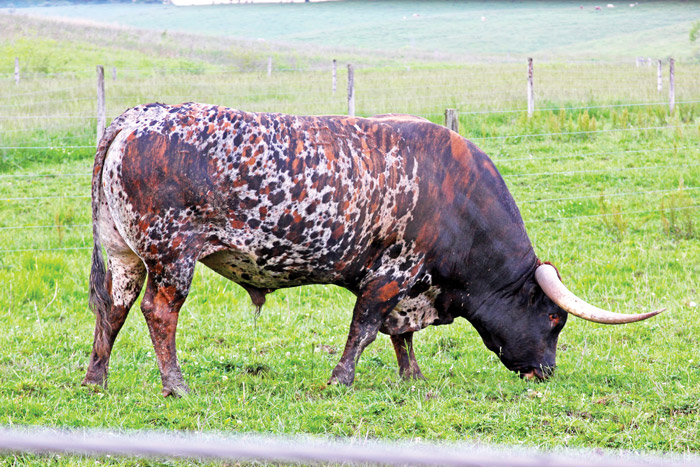 Drag Iron brought great genetic strength to the Dickinson Cattle Co herd with easy to sell bright brindles, tall thick cattle, easy to handle dispositions, correct conformation and excellent retaining demand (people want to keep Drag Iron progeny instead of quickly selling them). Last month Drag Iron was purchased by Glendenning Farms of Celina, Texas. He is at Celina now. When he left DCC there were 73 of his daughters in the herd, full sisters, full brothers, great flashy colored sons and semen to assure future new progeny. Now, what happens after Drag Iron is gone? Life will go on, but different. 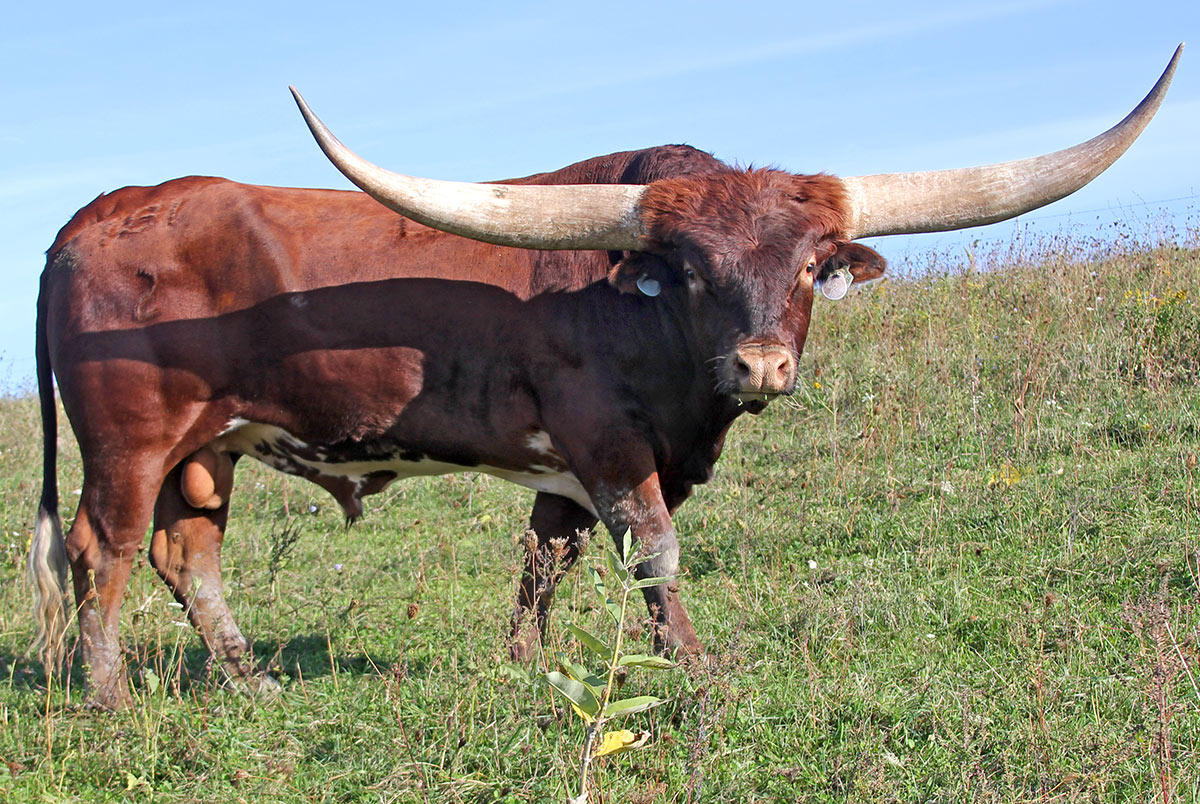 Clear Point - Huge base is not the whole world at DCC, but it sure is to some of our valued clients. In fact his horn base is the largest officially measured of any bull in Texas Longhorn history at 21.75". If increased body size, muscle, T2T and base are important, consider Clear Point. He is a genetic bounce of special value from a long line of planned bounces in the right direction. Current T2T at under 43 months 86 15/16 inches. That puts him 3rd among the over 80" bulls and he is the youngest of the top 10. More horn at 42 months than Respect Me, Dillon, Top Caliber, Heavy Hitter, Sitting Bull, Clear Win, Big Wig and Rio Grande. He is extreme and that is what it takes to move genetics. Semen $100. 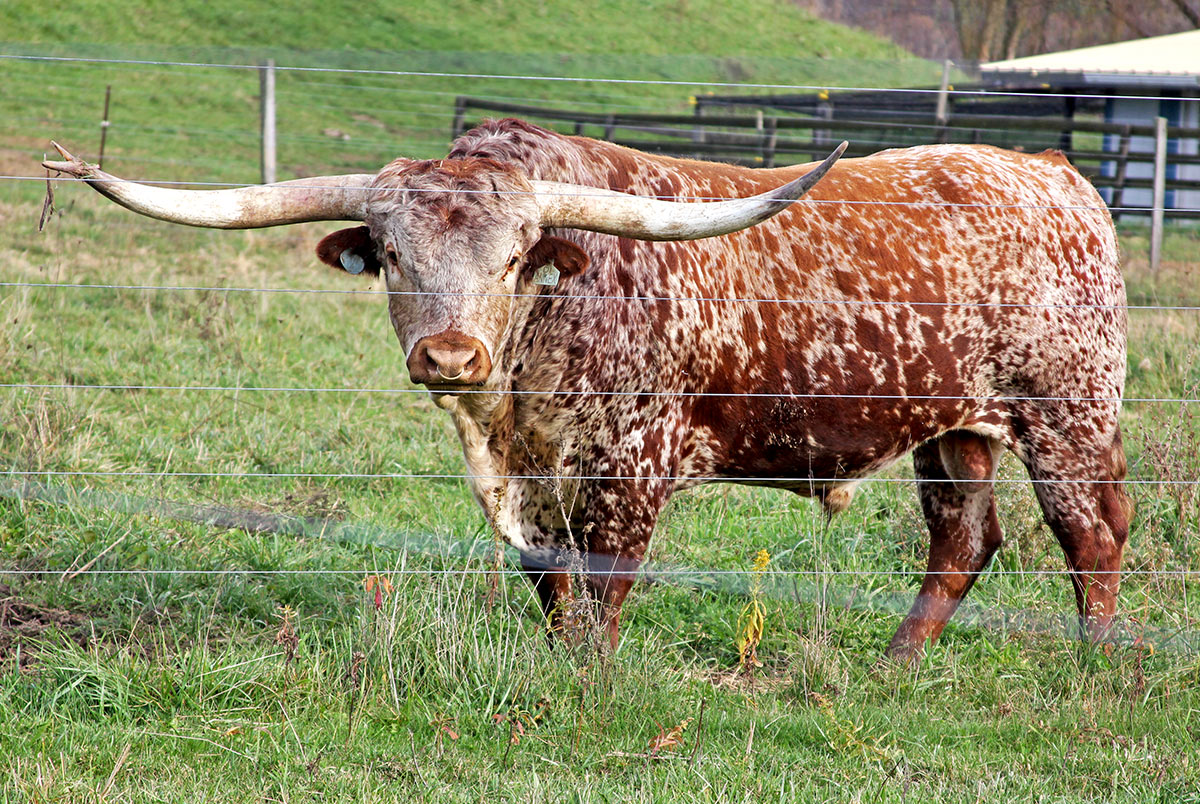 Annex He is a DCC dream blend with the popular Drag Iron -- Jester blend. This connects the great Winchester and Jamakizm. His calves are mostly very speckulated from nose to tail, tiny symmetrical heads and huge hips. His correctness will demand polite gentlemen to remove their covering and savor a moment of silence. Annex agreed to finish the breeding season for his famous sire. What large hooves to fill? His complete DNA is a major advance forward. 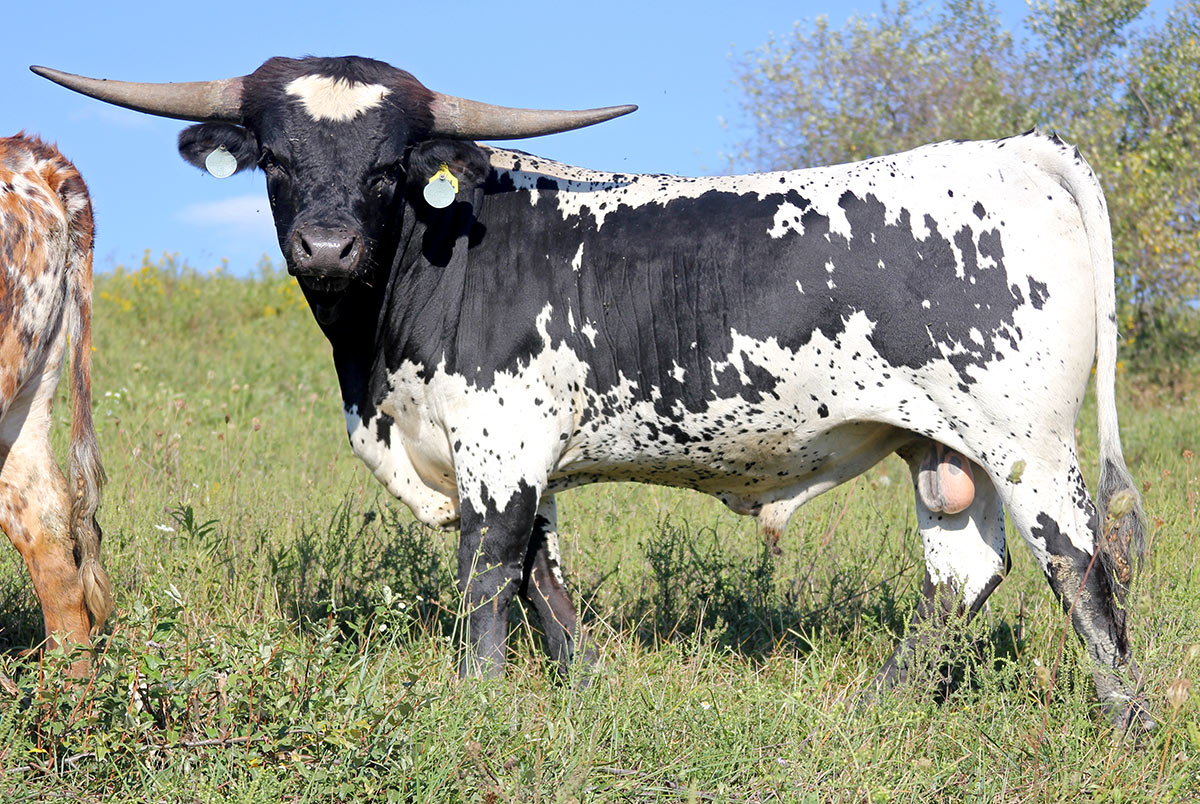 Non Stop is the last Over Kill natural son to be used by DCC. Horns T2T on 11-19-15 were 53 5/8 inches. He is genetically blessed and data so good that he brings tears to your eyes. He is top and bottom twisty horns. His type is exactly like Over Kill, his sire, with extra horn growth contributed by grand sire Top Caliber. Every producer who doesn't continually add some black genetics to the herd will see a pale lack-luster cloud fall over the herd. Non Stop has a job, a non stop job to keep things going his sire invented. (photo 15 months) 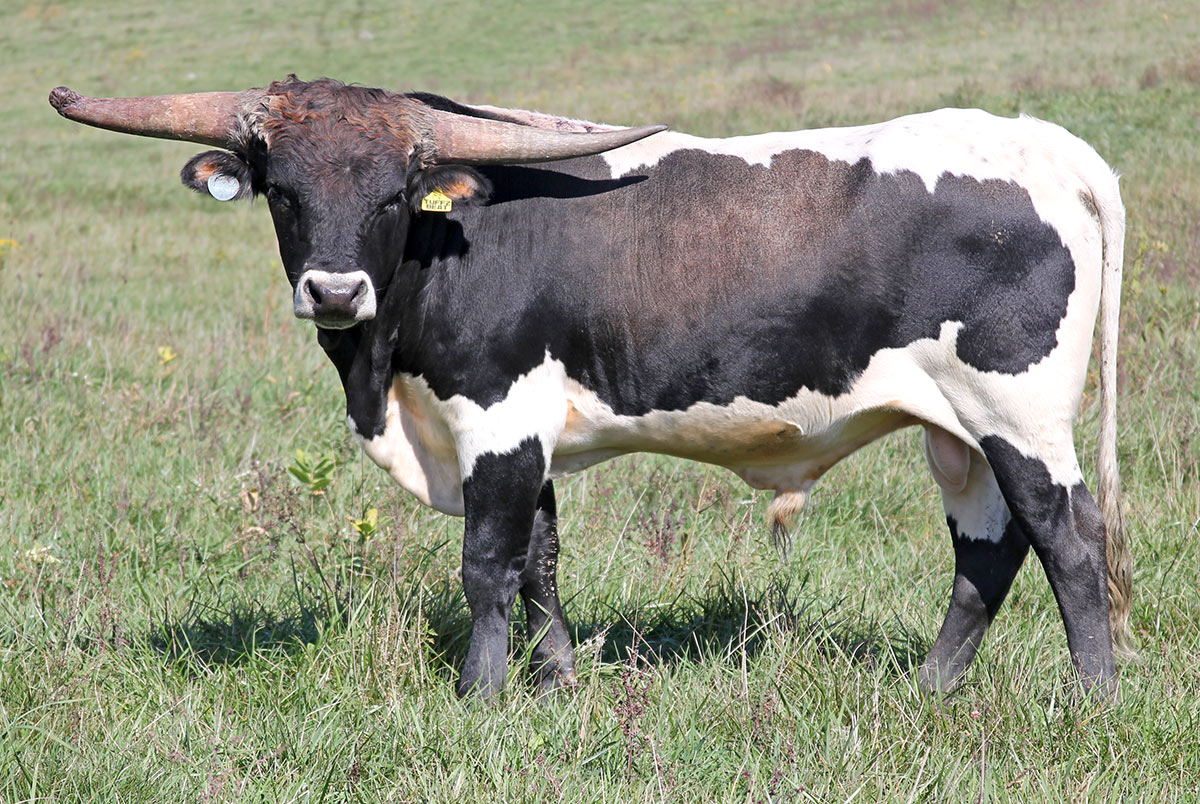 Tuff 2 Beat - (breeding condition) is another Cowboy Tuff Chex son who is being DCC test bred. His dam is an over 80" Winchester daughter, Winning Smile. His jury is still out, but his data is great. The jury has a lot to play with. He measures 55" T2T on 11-19-15. His dam has size - he won't be a frail, torpedo style traditional TL bull. We don't need that.

There will be life after Drag Iron -- a different life. But just in case, in 2016, a good number of cows will be AI bred to Drag Iron just to keep those special stylish types coming.

This ends the DCC 3 part series of LIFE AFTER DRAG IRON.