Memo: Often we read articles like the one below that are enlightening, discouraging, or possibly giving us valuable information to plan for the future. Please read it if you are a rancher. However, as you read it, also consider some reverse actions and positive things which can come from this negative opinion. If business gets so bad you have to turn to the government for programs, institutes, subsidies, and government loans, you are probably already throwing in the towel. When half of all farms/ranches post annual losses it means someone is doing something wrong -- or maybe there is a reason the books show a loss and there really isn't a loss. How about that number? Perhaps wealth is being generated that does not show a taxation, or an immediate cash flow, but will really be nice in a few years?I am often a believer in backwards success. When half the people lose money, the half who are profitable should help relieve them of this land problem and purchase the ranches that lose money. Perhaps some simple changes in management will turn the ownership from a government sucking loser to a capitalistic success story. Try backwards success and see what happens. Darol Dickinson 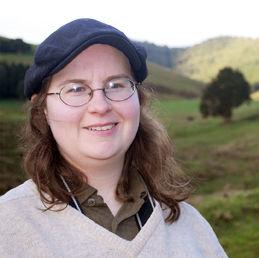 Where have all the ranch heirs gone?

Gone to cities, everyone. Well, not exactly. But the situation is getting dire.

A recent study published in the Society for Range Management’s Rangelands journal paints a bleak picture of the future of ranching in the West. According to the researchers, at the current pace of agricultural aging, there won’t be any ranchers under the age of 35 by 2033.

It’s not news that the average age of farm and ranch operators is slowly inching up, but there have been few efforts to quantify that general knowledge. The authors of “Wyoming’s Aging Agricultural Landscape” analyzed agricultural census data for Wyoming from 1920-2007 for trends in age demographic shifts over time. Wyoming was selected as representative of the overall West for its large tracks of open land, wide-spread rural designation, and long-running agricultural cultural history.

The researchers found that, over time, the proportion of farm and ranch operators in three different age groups-under 34 years, 35-54 years, and over 55 years-shifted more heavily towards older age groups. See chart.

“It comes as no surprise that the positive trends for senior operators are the reciprocal of the negative trends among younger generations; without a young, motivated workforce to take up occupations on the land, older generations continue to fill those roles,” read the study.

The researchers estimated that, by 2050-the year by which we will need at least 70 percent more food to feed the estimated 9 billion people on the planet-the average age of farm and ranch operators will be 60 years.

A good portion of this collective aging of the agricultural operator has to do with the diminishing ranks of the young. The study notes that those who might take over a family ranch or farm are often attracted elsewhere, often to cities, for more lucrative employment.

The study also noted that very few farms or ranches are economically viable enough to provide a living to their operators. According to USDA data, only a quarter of farm income stems from farming in 2013. Additionally, half of farm-operator households post annual losses on their farming activities.

Lost land, lost wisdom A side effect of dwindling ranks of young ranchers and non-existent heirs to take over the family ranch is loss of land to development.

“Perhaps the greatest threat to agricultural landscapes that comes with an aging population of farmers and ranchers is that of land use conversion,” the study read. “In many parts of the country, farmers and ranchers feel that the lack of an heir is a primary reason to sell their properties.”

Even if there is an interested heir wanting to continue the ranch, financial obstacles like taxes, lack of liquidity, and economic incentives to sell can all complicate the matter of farm succession.

“With development values far outweighing those of grazing or farming enterprises, rural area development, especially in the Rocky Mountain states, has been increasing at an exponential pace. Nationally, this form of ‘exurban’ development has converted over 24 million acres of agricultural land to developed land in the 28-year period from 1982-2010-an average rate of roughly 1.64 acres lost per minute!” The researchers also focused on an unusual topic for an academic article in their discussion of their findings’ implications; the value of wisdom.

“Agricultural wisdom, often built over generations, is irreplaceable once lost. Grazing practices finely tailored to the individual pasturelands, knowledge of local disease and pest cycles, water conservation strategies that work in tandem with local flora or geologic features, the understanding of decadal patterns of succession or regrowth-these are forms of place-based knowledge whose subtleties are carried by local operators and which might begin to fade if professional managers begin to dominate.”

This statement came after discussion of a potential future where professional managers handle the handson element of an operation for absent owners in increasing number. On the one hand, an increased dependence on professional managers “who make farming and ranching their business” in the short term could effectively “buy time to engage younger generations of agricultural producers.” But on the other hand the potential for that lost intimate tie to the specific land being worked is an important negative to keep in mind.

Potential fixes Though the findings are gloomy, all is not lost. The study’s conclusion discussed several programs which have seen some success in educating and attracting a younger generation to farming and ranching.

“Programs such as the Quivira Coalition New Agrarian Apprenticeship Program have been overwhelmingly successful in bringing a new generation of ranchers and managers up to speed with intensive practical learning in the field.”

“Proper planning can help stem the rapid rise in exurban development and preserve not just farming and ranching livelihoods, but ensure that agricultural landscapes remain intact to produce for the future.” - Kerry Halladay, WLJ Editor