Once upon a time there was a beautiful cow born at Dickinson Cattle Co of Barnesville, Ohio. She was named Jester. She was taken to Texas at age 7 to face the world's toughest competition and won the ITLA Call Of The Horns Championship and also ITLA 2009 Championship Show All Age Grand Champion Cow award. In the off breeding season of late 2010 she spent intimate time with the famous bull Drag Iron. 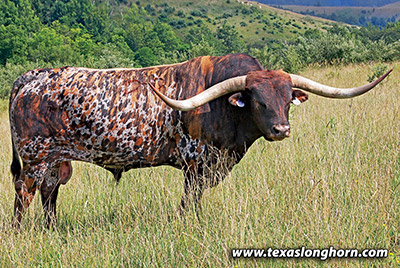 On 10-10-2011 a beautiful speckled calf was born from Drag Iron and Jester. He was registered as Annex. He was just what he was planned to be, or more so. 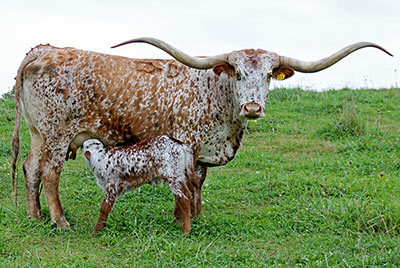 Annex was shown at the OKC Expo and won the 2012 ITLA Futurity. He grew and developed into one of the most impeccable bundles of genetics from the Dickinson herd. He wasn't just horn and spots but real beef thickness, like, like a White House chef. 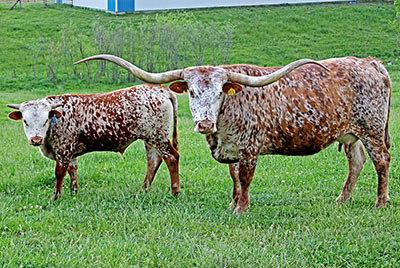 Before weaning it was obvious, great cattlemen agreed, he was special. 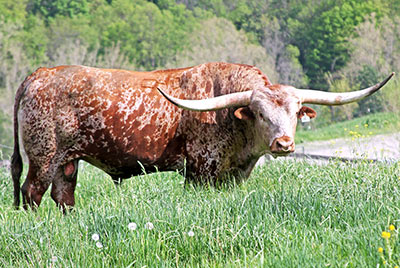 By age 4 Annex was a great sire and a mature specimen of quality. 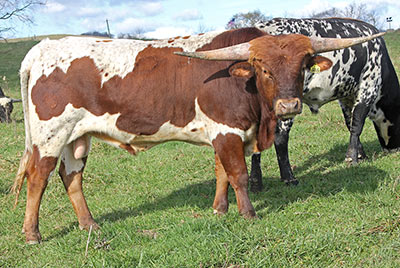 Idle Image - In the hoof prints of his sire, Idle Image was shown at the 2016 ITLA Championship and won the big one, All Age Grand Champion Bull. Idle Image is a package of correctness. 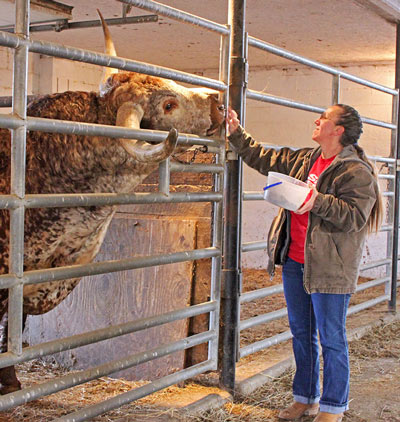 Then the day came. Mike and Jamie Tomey of Bedford, IN, purchased Annex. Jamie is getting to be quick friends with Annex using cow candy treats. She loves the personal slurpy, sloppy way he confiscates every bite of treats with no regard for anything sanitary. 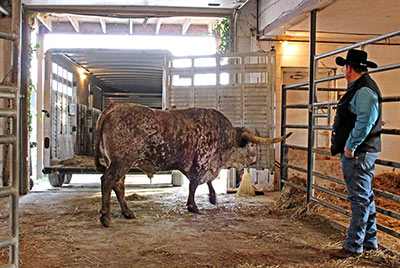 Mike Tomey gives Annex one last look of approval just before he hops into the big aluminum trailer to go to a new life in Indiana. 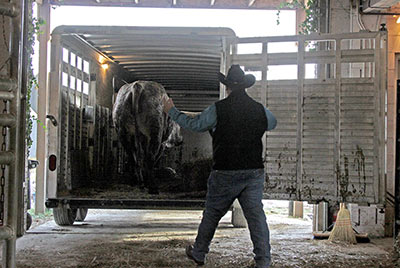 At Dickinson Cattle Co it is sad to see a great bull move on, but the sons and beautiful daughters of Annex will continue with this family in the DCC herd for years to come. We congratulate Tomey Farms on their acquisition of Annex. Thank you.

*For your next great sire call 740 758 5050. DCC has one more great proven herd sire available, plus several young up-and-comers to pick from. The good future is about great sires.