Neil Zurker has been in front of cameras for many dozens of years. His famous "One Tank Tours" has led Neil to explore all over Ohio as far as a tank of gas will take him. Every 4 years Neil shows up with a camera crew a sharp producer and works to put a new spin on the Longhorns Head To Tail Tours of Dickinson Cattle Co. This was one of those special weeks when Neil showed up. 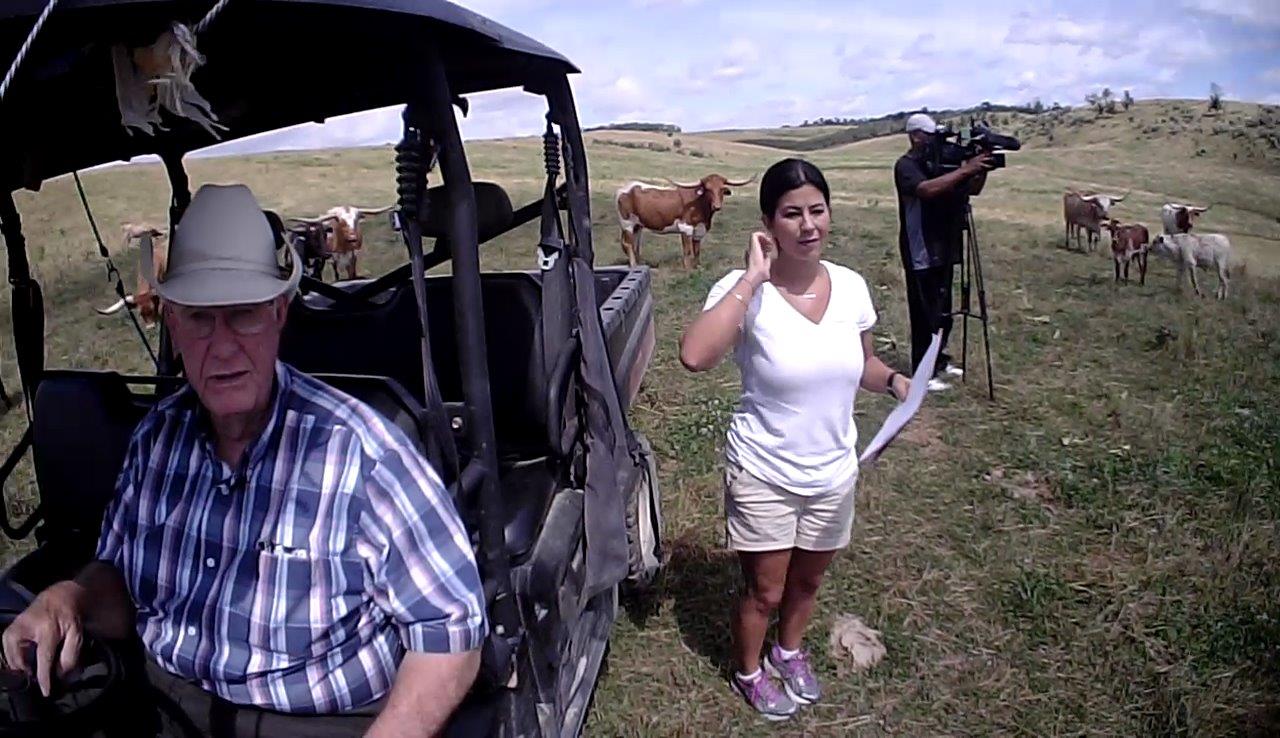 This year his producer was an attractive young Tomi Toyama-Ambrose and his camera guy was Herb Thomas. Both are regulars with Fox 8 of Cleveland, Ohio.

Neil's quest is to locate and professionally film interesting and colorful places that visitors to Ohio should put on their super bucket list. He has the talent to spot clever events and places. With that special skill his many followers soon take a drive to these selected locations and embed themselves into the kinesthetic sense of the shoot locations.

To add some special flavor to Neil's trips, I first met him driving down Muskrat Pike in a little boxy red and white convertible 1959 Nash Metropolitan. It was the cutest thing. It became a trademark. As the One Tank Tours became a consistent Fox 8 feature, Neil had to hire a parking lot guard for the little Nash convertible - over zealous fans wanted to cut off a piece of the upholstery or some part of the classic vehicle to take home as a keepsake. This time Neil showed up in a big SUV with plenty of room for camera stuff. 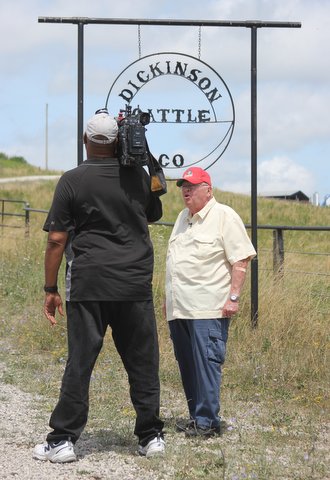 When Neil arrived he cased the place. He checked out the new stuff. He wanted Herb to ride the ranch bus and bounce over the Longhorn pastures filming the views and sounds of guests. The little producer jumped around working to identify angles, light and backgrounds showing me and Neil with Longhorn herds in the background. That was not hard. With the offering of a few pieces of cow candy there were cattle all over the place. The cow Jam Packed took a friendly nose sniff to part of an area near Herb's hip pocket and for a second I thought an expensive TV camera was going to fly into the air. 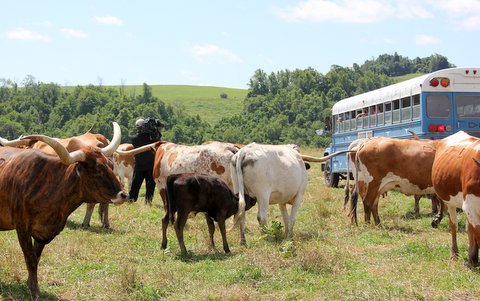 The One Tank Tour, Longhorns Head To Tail feature will air Tuesday July 26 at 10 AM on Fox 8 from Cleveland. If you miss it, check out www.fox8.com at a later date.

Neil, like myself, is old as dirt. The good thing about being old is that you have met a lot of good people over the years and know a herd of folks by their first name -- in the marketing and promotion business, there is nothing better.  Darol