A "yuuge" congratulations to purchasers of Dickinson Cattle Co cattle who have won at the big futurities this past two weekends. It is a joy to raise/breed competitive cattle but even more fun when they bring big smiles for our clients. Watch for the paint brush D on the right rib of competitive futurity cattle. 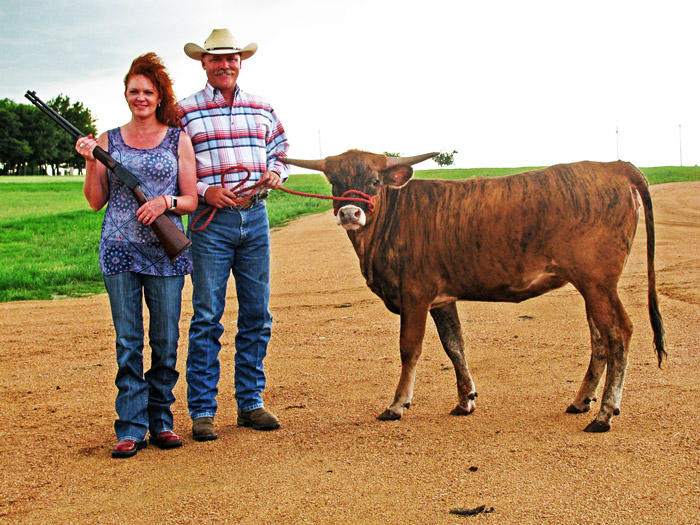 Larry P Smith II and Heatherly with their one year old heifer Tibina by Tibbs. Tibina won Class #4 (March-April) at the Indian Territory Texas Longhorn Assn Winchester Futurity. She brought home the Golden Boy Rifle for her owners by placing high score over a class of 18 heifers, the largest of the Futurity classes.

Watch for these and other great DCC genetics at competitive places. 740 758 5050