Ever run a beautiful full color page ad and never get a single inquiry from it?? Well, here are some reasons why.

I just presented a seminar on advertising and marketing (there is a difference) at the ITLA Convention on this topic. A number of graphs and charts were used to clearly picture the flaws of most advertising efforts. After spending years buying cattle advertising space, and evaluating what gets a profitable return, and what doesn't, it is certainly time I share the results. Here are the two main questions causing little or no results from sincere, consistent, high dollar advertising.

1) Where does the publication distribution go?

2) What does it cost per person reached? 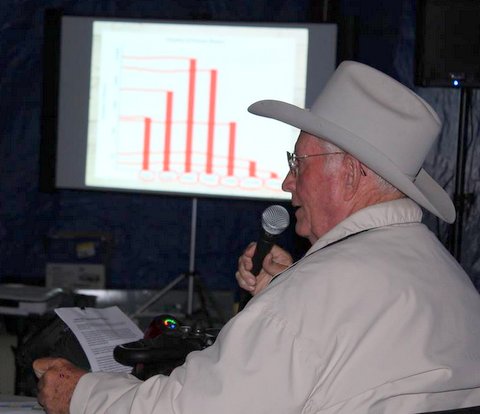 Publication distribution can be a major fraud, not just in the cattle business but all types of publications. A magazine may say they have 10,000 paid circulation, but in fact only have 800. As an advertiser there is the assumption you are reaching 10,000 eager buyers, but in fact you are reaching much less. By printing and mailing less magazines the profit for the publication is much higher, if they can live with their conscience while they shaft their friends the advertisers. Without doing serious investigation, most advertisers assume lots of people are reading their ads, yet don't appear to like their cattle. Perhaps that is totally wrong!

Distribution -- what is it? Paid circulation is when subscription money is sent to the publisher to regularly receive a publication by mail. A large paid circulation is a very strong thing for a publication and the advertiser. News Stand sales is also very strong. This is when people buy one copy at a time at a magazine store for a retail price. Then, there are the less significant distributions such as free samples, advertiser's copies, donation issues, etc.

Audited circulation -- every publication knows what their press run is. They know exactly how many magazines are printed and how many are mailed. The Alliance for Audited Media is one of the major companies that checks weights, postage and numbers for their clients that are represented to be accurate to the single issue. It is required by law for publications to publish exactly what their audited circulation is. This is often in the October issue in some back, partly visible column. Every responsible publication prints the circulation/distribution numbers in their publication. The publications that are fraudulent do not publish these numbers.

Some of the smaller magazines don't pay for an audit and use a United States Postal Service mailing statement. This is the receipt the post office gives the person who delivers the boxes of publications to be mailed. It tells the number of magazines mailed, the weight, the publisher's name and address and the fee paid for USPS services. Circulation data is available to all publishers and can be provided to advertisers if they aren't ashamed of it. 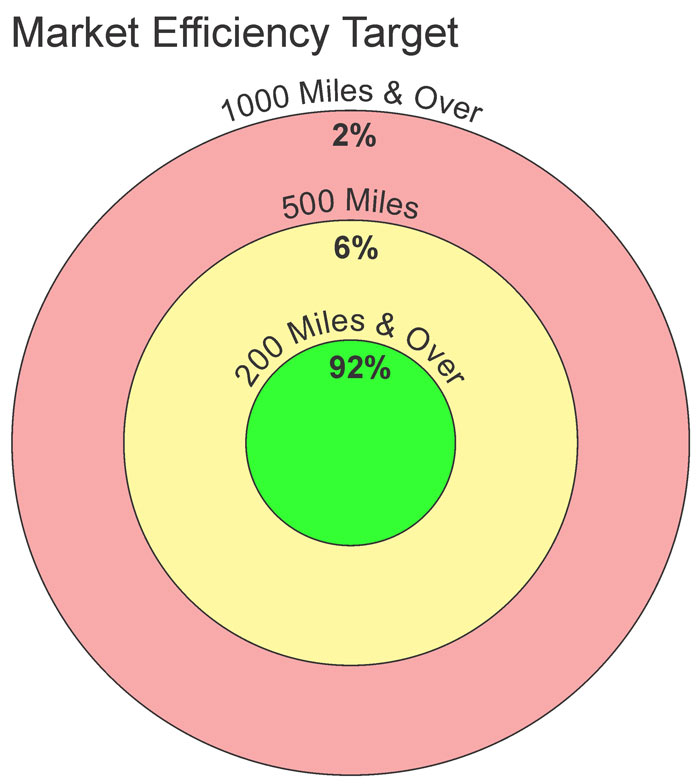 Recently I started running ads in the Mid West Farm & Livestock. They sent an invoice and included the postal service mailing statement. It showed that 25,000 publications were mailed with my ad included. I divided the cost of my ad by 25,000 and found the ad cost me .0066 of a cent per person reached. This publication is very transparent with advertisers, which is how every publication should be. If an advertiser can't figure what is the cost per person reached, they can't evaluate the potential result.

The final answer: If a publication won't provide an accurate postal or audited statement of circulation, DO NOT EVER SPEND A PENNY WITH THEM. If they refuse to provide this information, they are hiding the facts. They are corrupt!!

Years ago the Western Livestock Journal did a costly survey and found 92% of cattle sales in the USA were from buyers within 200 miles. Beyond that circle-target the numbers evaporated quickly. As a result, plan heavy advertising in publications within this 200 mile target. Very few people operate nationally and benefit from a national circulation. Most people are wasting up to 90% of their advertising money by shooting at a target in the wrong area.

1) NEVER advertise with ANY media who will not provide an accurate paid circulation statement.

2) Draw your own target map and determine a marketing strategy largely within your 200 mile zone.