From deep in the Ohio River Valley Grass Lands, on the edge of the Appalachian Foothills a special bull was born at Dickinson Cattle Co of Barnesville, Ohio, USA. From his youth, his genetics were destined for excellence. More extreme than his contemporaries, this bull had a hip which exceeds many Charolais, the straight table top back of a Jersey show bull, a small chiseled head showing dozens of years of fine breeding, the trim underline of a Limousine champion with the horn base and span only found on an extreme modern Texas Longhorn. He was named Clear Win. He was so different many critics alleged that he was not a full blood Texas Longhorn, but with 126 blood types and DNA of record in association offices, he was proven pure 126 times, totally accurate. 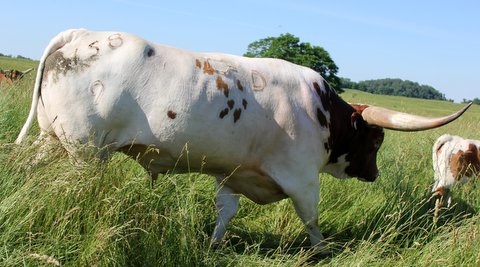 Clear Win bred faithfully, starting in 2011, for DCC, leaving 51 daughters in the herd plus his heir to the pastures, Clear Point with numerous sons, granddaughters and grandsons. His job is complete in the Appalachians. From now on, AI breedings will finish his genetic contribution in Ohio. 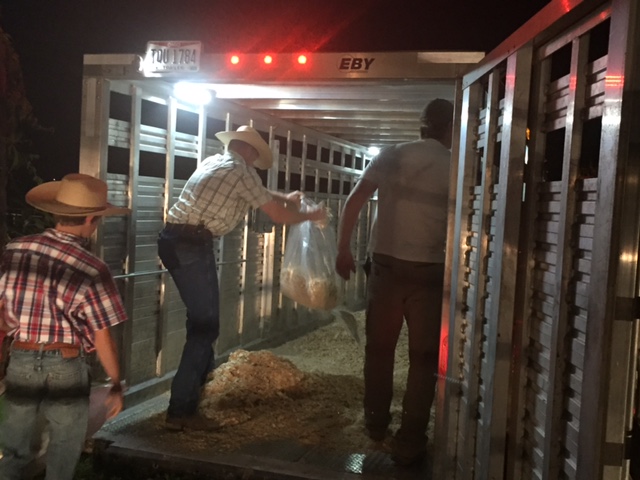 In the cool of the evening, June 11, a shiny aluminum trailer was comfortably bedded with clean shavings so Clear Win's move from Ohio would be a pleasant one. Like coming into this world, he took no clothes or personal effects, just wonderful memories of his highly successful life and Ohio friendships made. Now on to the next career adventure. 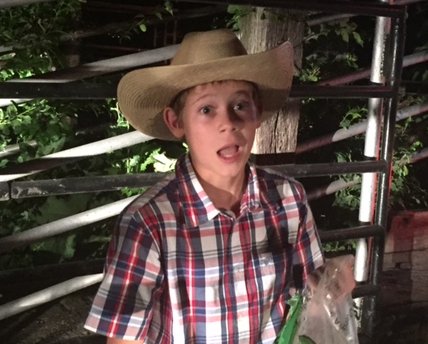 Lane Morris, son of Andrew Morris transporter, an eye witness to the loading of Clear Win said, "WOW, HE IS A HUGE BULL -- WOW --WOW!!!" There you have it. He walked right by Lane going into the trailer -- he saw him. 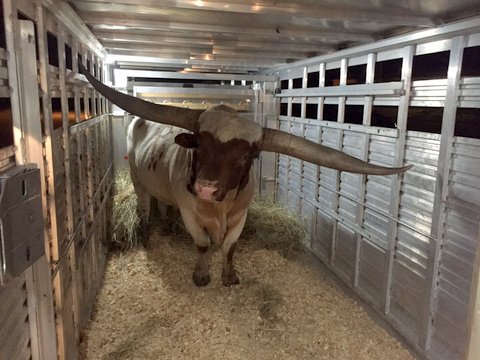 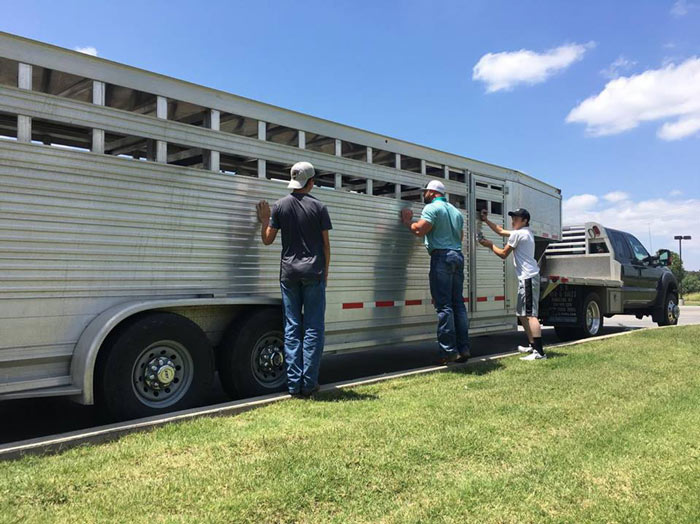 From Ohio to Texas at every stop Clear Win attracted a fan club. His huge horns were visible from a distance and massive for up close viewing -- 87-3/8" span. 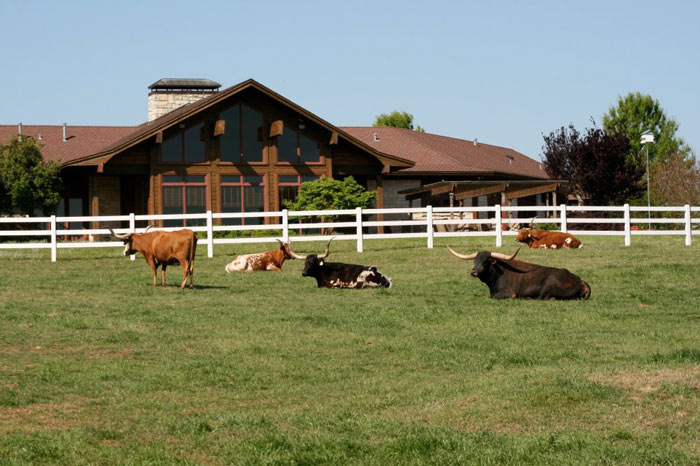 Clear Win will have the honor of sleeping, walking and doing his fatherly job in the same pasture as the previous senior sire at Diamond P Ranch, Jamakizm. What an honor to be selected by Danny and Carole Phillips of Lindale, Texas to fill the hooves of the great sire Jamakizm. While servicing at DCC it had already been determined that the Clear Win X Jamakizm package was a sweet one. These two exceptional bulls complimented each other with strong popular traits. 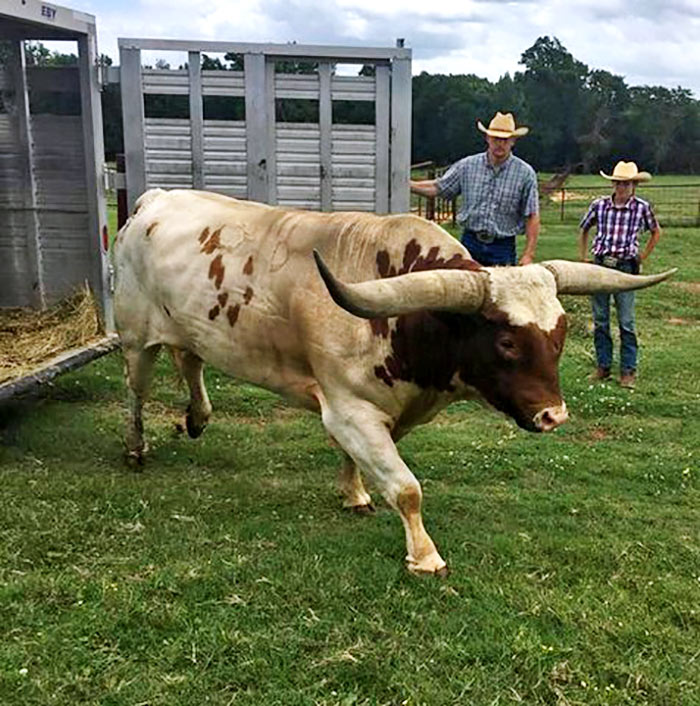 Clear Win is road dirty and should be tired of riding. He is young and spry. He only needs a slow Texas rain and he will be beautiful out with the Danny and Carole Phillips herd. Thanks Morris family for a safe careful delivery of a very valuable bull. 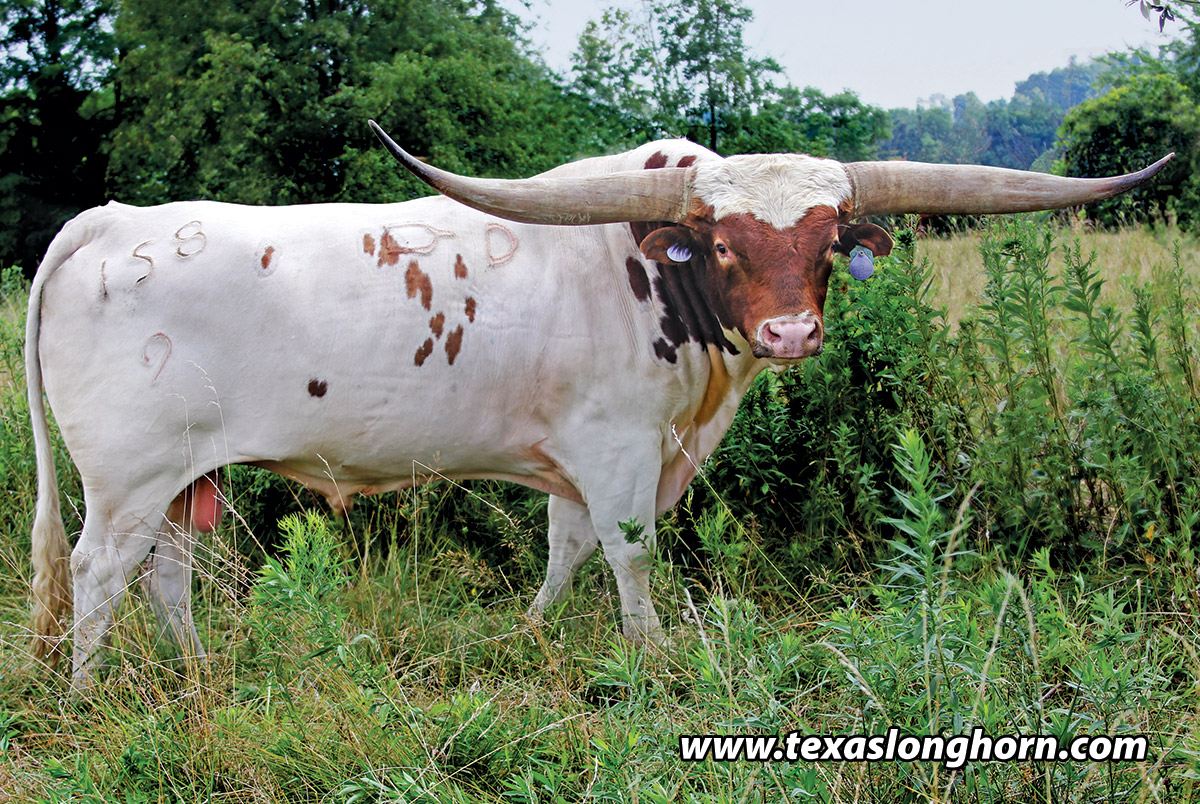 Clear Win has proven himself by quickly siring the most over 80" and soon to be over 90" sons of any sire in Texas Longhorn history. Some say he has the smallest head for the huge hip size of any TL bull. To congratulate Carole and Danny on this exciting genetic adventure give them a call or stop by the Diamond P and say hello to Clear Win. He will be glad to see you. DD