In 1967, the year our family started in the Texas Longhorn business, we attended the Wichita Refuge sale near Lawton, OK. This historic federal government herd dates back to 1930. It was an eye-opening experience that would be savored by our attendance at the following 26 sales.

When visiting any ranch it is a hands-on opportunity to learn. The WR herd had a little over 100 cows and a pasture of 26 bulls. Although they only used about 6 bulls each year, they had 26 bulls to select from. The thought of having 26 bulls as a genetic tool was very exciting to me. This could allow serious planned matings with various colors, sizes and types. Although I was excited at the diverse opportunity, I later found that every WR bull was at least a 3/4 brother and the genetic diversity was minimum. Regardless, the selection opportunity caused me to start the foundation of AI and natural service sire numbers. Today over 1000 Texas Longhorn bulls have been collected for AI. The choices are phenomenal, yet with choices come more decisions -- more chances to move genetically forward, or not.

At DCC it is the time of year to make mating decisions. As the process squeezes down to one select bull per one cow, 10 adult and 3 yearling Texas Longhorn bulls plus 3 Buelingo and 1 Watusi bull will be used natural service. Certain cows who have mated well will be AI bred to duplicate past successes. Other cows will be AI bred mostly to Drag Iron due to the great demand for his progeny. Mating decisions are, without doubt, the most important of all decisions at DCC. Here are the DCC natural service bulls that will be used in 2017. More details on each bull can be viewed on line in the Reference Sire section: Click here. 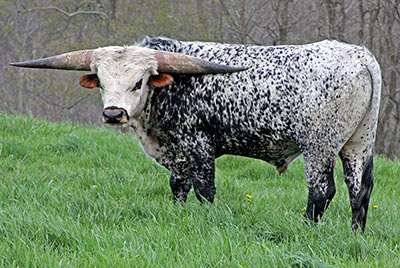 Flair Galore - This is a 2 year old who measured 67 3/8" at 24 months. Above the horn value is the prettiest speckled color. He is unproven, but appears not only a total, but extreme genetic bundle. His mating strategy is a shotgun blast of every different DCC family to develop his future value siring data. 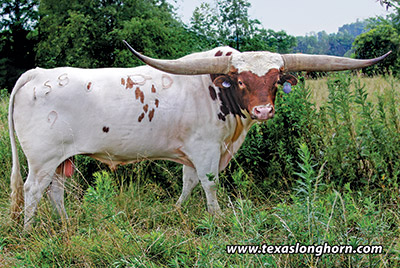 Clear Win - Many feel he is the greatest bull ever raised at DCC. In his first 2 calf crops he has 3 over 80" sons including two that will hop into the 90" T2T thin-air zone this year - Clear Point and Winning Honor. No other bull has had this consistent success. He is mated to solid color cows and produces perfect profiles, trim underlines, huge hip and small heads. He is a professional. 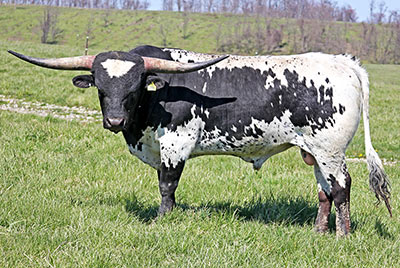 Non Stop - This genetic bundle is the "non stop" of Over Kill blood. He sires trim type and gets 65% black speckled calves on light and blaaa colored cows. His pedigree is filled with tight twist, great profiles and a kind personality. Photo age 2. 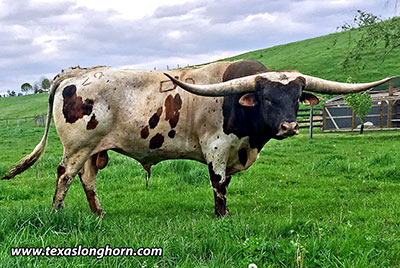 Reckon So - People tell us he is the biggest son of Cowboy Tuff Chex. His dam is DCC's largest daughter of Drag Iron. He sires leg, depth and the CTC look, plus some strong brindle. He will get several black cows and Over Kill stuff. 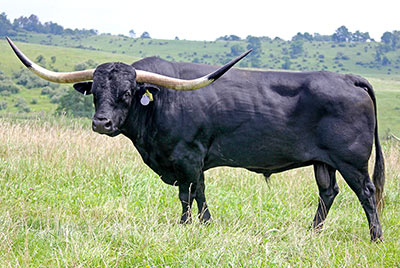 Jet Black Chex - He is unrelated to the DCC successful Over Kill, Drag Iron and Clear Win families. His strengths are a very straight back, small head and ears, plus strong black siring abilities. He is mated to the largest DCC cows mostly of whiter or lighter colors. He can "darkulate" with his eyes closed or open. 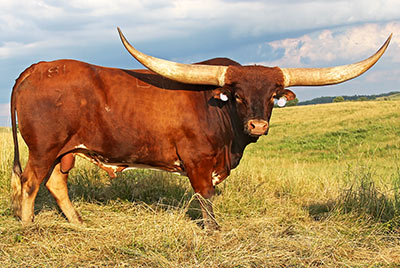 Clear Point - He is big. He is dark red. He has never been beat in any division of horn measuring. He out weighs all the really big horned bulls by as much as 800 lbs. He is bred to whiter cows who need added horn, size and base. He delivers. No other bull has or ever has had his data. It is fun to raise one like him. 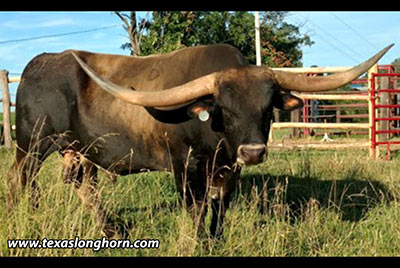 Hoo Ray - This big smoky bull is well into the eighties now. He is the Jamakizm son of choice for DCC this year. Everyone should breed at least one Jamakizm son every year. His dam is a DCC 1300 lb cow with an 86+" spread. He is expected to do exactly what his sire did, except hopefully more extreme. Will be used on cows needing darkening, smok'en-up and more pounds of beef. Pounds, pounds. 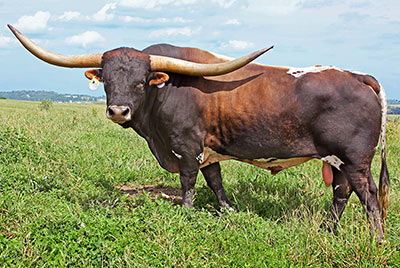 Rodeo Max - He is a great dark unrelated addition to the DCC herd. He sires seal brown base colors and specks galore if mated to whiter colored cows. His 86" spread causes thousands of TL bulls to hang below him in T2T. If you can't do better than Rodeo Max, for goodness sake don't do any less. Being qualified for export, his progeny are in many countries. 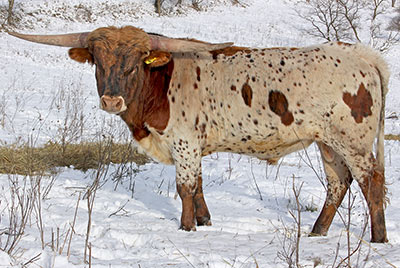 Tuxedo - Clients from several countries have wanted Tuxedo, so he has been collected for export. His pedigree may be the most famous in the industry. In a few months he will have calves born in several countries. He sires brindles, correct horn yet has not had enough progeny to determine a clear breeding pattern. Photo 20 months. 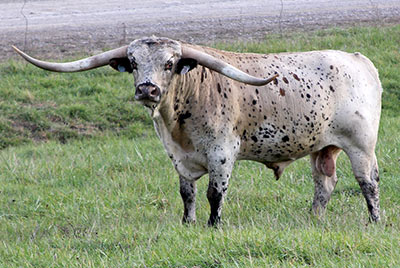 Tibbs - He is the best siring son of Juma. He is good to breed to cows with higher or more forward horn than desired. He is strong on speckled brindles. His steer sons feed out wonderful. Recently a Tibbs son gained 4.1 lbs per day on grain feed. He is mostly bred to solid or dark colored cows.

Just over 500 cows are bred at DCC per year with months of work to evaluate past progeny of both sire and dam to pull the trigger on the 2017 matings. It is hard. It is important.

If you want to struggle with the same decisions, many of the sires are available in frozen semen. Just call 740 758 5050 Linda