On 4-24-12, in the East Texas pasture of Dickinson Cattle Co, a little red bull weighing in at birth 68 lbs, stood, and nursed for the first time. No one pointed him out as special, although his sire Clear Win and dam Idle Frenzie were considered in the top percentile of the DCC herd. He was just another calf romping and playing over the Appalachian hillside pastures. 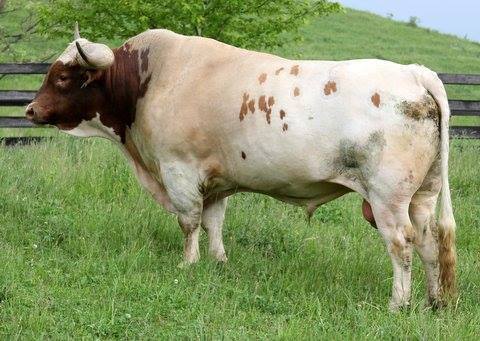 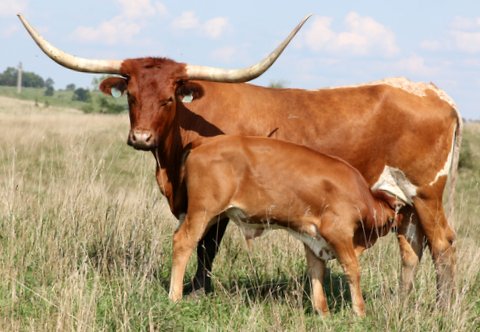 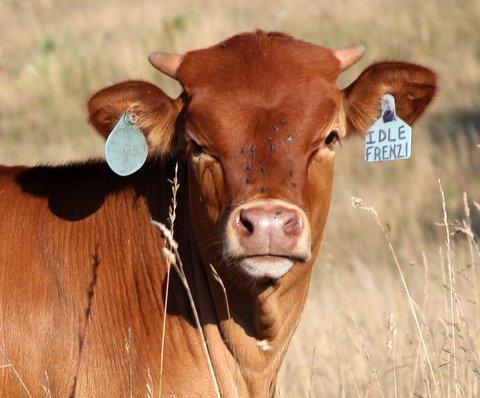 At 90 days old the Idle Frenzie x Clear Win calf had early thick horn growth that was beyond all the other calves at DCC. Many pointed out his advanced rapid growth. He quickly revealed that his future was not freezer beef. He would deserve special evaluation. He was the first red bull used for semen collection by DCC since "King" and Senator. 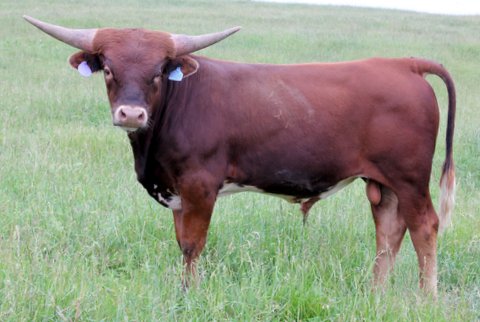 This special bull was named Clear Point. At 14 months it was a "no brainer" that he should be test bred to evaluate his siring skills. He earned his first pasture of heifers June of 2013 due to his very correct body, thick bone substance and early advanced horn growth. 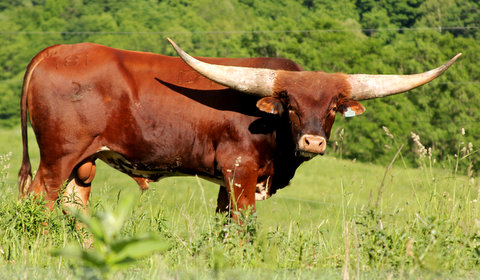 At 26 months old he earned his second herd of breeding cows. He soon achieved a point of development to be competitive in horn measuring contests. In the Fall of 2014 he won the double triple crown of all 3 divisions of the Longhorn Expo and Horn Showcase. Clear Point captured 6 beautiful bronze trophies that went back to Ohio. 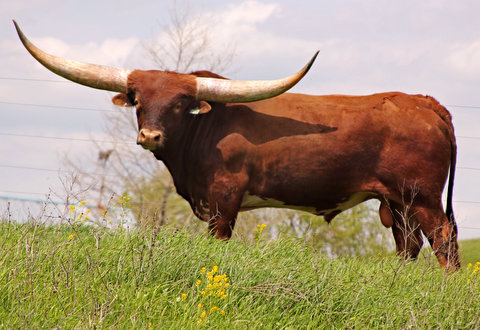 At 37 months Clear Point finally grew to fit his horn spread. Most of his early life was spent with a "top heavy" appearance. His body grew and grew, and then more horn came stampeding along. 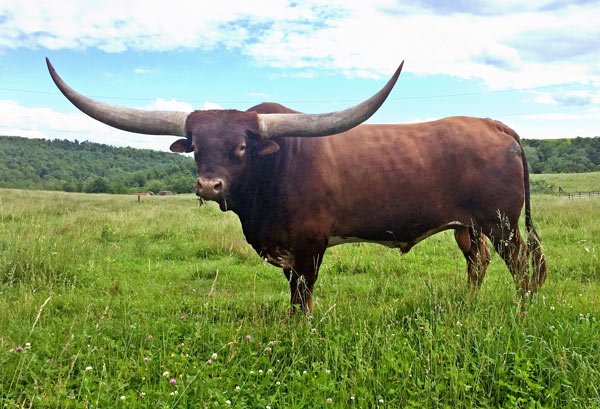 Clear Point is a product of the DCC line bred hybrid mating plan with the back massing of Texas Ranger 71 times, Don Quixote 24 times, Measles 19 times, and Classic 7 times. His sire Clear Win has 126 ancestors that have been DNA or Blood Typed and Idle Frenzie has 89 more, making scientific data on 205 documented registered Texas Longhorn ancestors on file at TLBAA and ITLA. His pedigree may be the most documented in history. 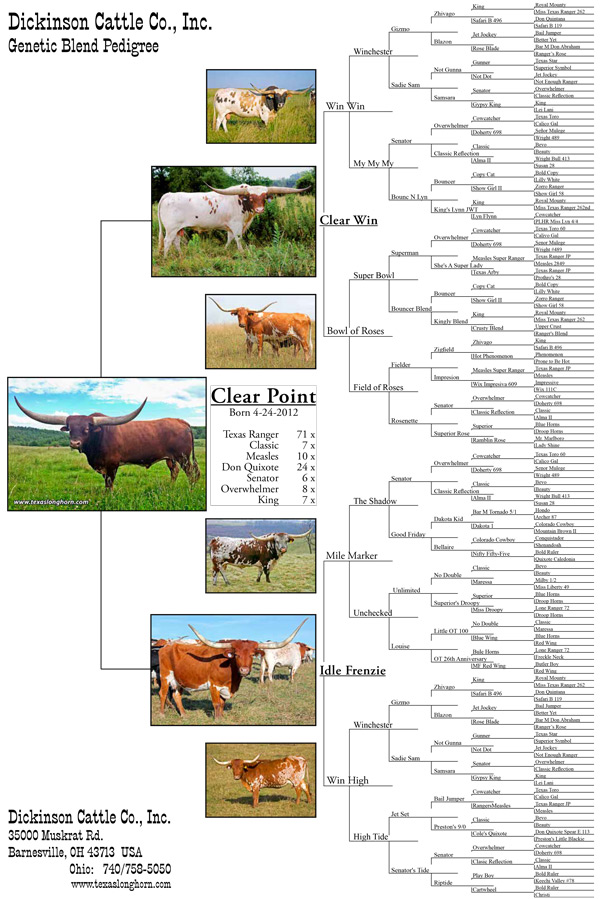