When Charles Goodnight drove Texas Longhorns up the northward trails legend says that some of these steers of fame were up to 6 feet tip to tip. The famous "Old Blue's" skull is proudly hanging at Canyon, Texas and is reported to be 48." The steers of 1880 were often in the 30" range and made a lot of history. Today at DCC a benchmark for exhibition steers is to surpass the 6 foot mark during the 3rd year, or be "syndicated." 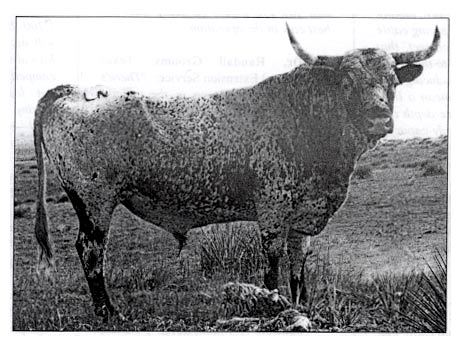 This bull. in the early days of registered Texas Longhorns was considered a "breed improving" bull. The history, the legacy, the longevity and many profit traits of this breed drew a few early producers to consider Texas Longhorns. It got better. Some few ranches identified bigger bulls, bulls with more horn, muscle, better conformation and still the old TL profit traits stayed firm. 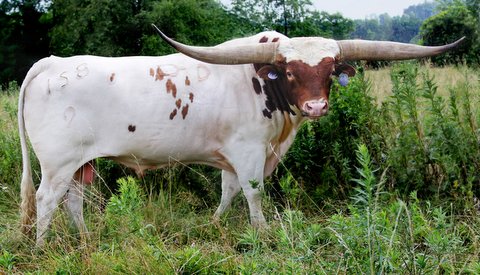 Today a unique bull has been raised at Dickinson Cattle Co that sires both show Championship conformation and unbelievable record horn spreads. This is Clear Win weighing near a ton and measuring over 87" tip to tip as a young bull. (Now owned by Diamond P Ranch)

Clear Win has achieved something no bull has ever done. Clear Win has sired two sons who themselves are only 5 years old, and both are over 90" tip to tip. Unheard of and unthought of  just a few years ago. Data that is blowing the top off of record books! 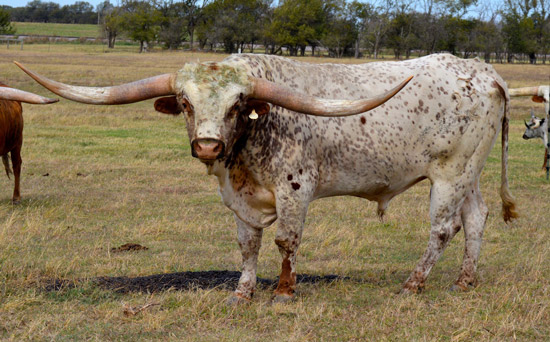 Winning Honor was AI bred and raised by Bill & Judy Meridith and is proudly their senior herd sire. He just bounced over 90."    photo by Martee Lancaster 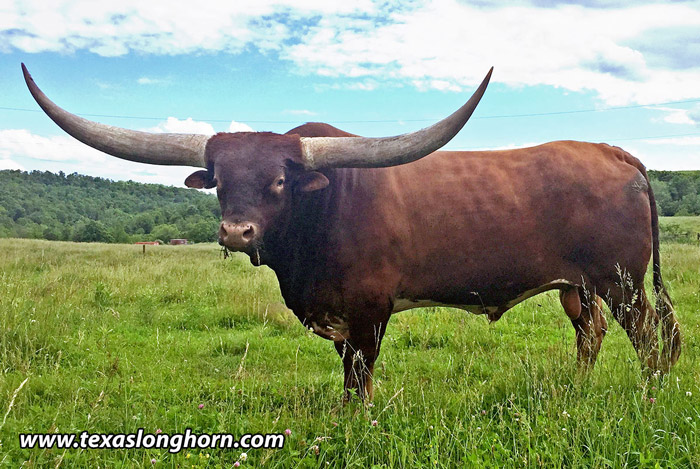 just topped the 90" challenge and weighs an amazing 2245 lbs. Now a family of great Texas Longhorns has been developed that have the highest level of show correctness, rapid gain and enough horn to be the breed's best. His daughters are pioneers in the plus 1000 lb range as two year olds. No longer will producers have to make a decision to breed for either horn or beef type, they can get both in volume at the same time. (Senior herd sire at Dickinson Cattle Co)

This is an extreme family, really good to use for rapid breed improvement. If horn, size, thickness and rate of gain is important, now it is easily available like never before. Semen on Clear Point, $200.  Call 740 758 5050 for semen or progeny.   Photo by Bry Dickinson