COOL Should Be Reinstated

Note: COOL means COUNTRY OF ORIGIN LABEL. For over 10 years this law was enforced. Every beef or pork product in the USA had to have, by law, a label stating the origin country. In the last months of the reign of Obama COOL was repealed, opening up markets for African, Brazilian, Mexican and vast imports from distant countries. Some politicians understand. Consumers want to reinstate COOL.

THE UNITED STATES SHOULD IMMEDIATELY REINSTATE COOL FOR BEEF

Reinstating COOL for beef would:

All beef provided by Longhorns Head To Tail Ranch Store is a USA product, inspected in every part of the processing by USDA or Ohio State inspectors. Visit Dickinson Cattle Co where the LHTT beef is raised and see how healthy these native American livestock are raised. All products have an honest address of origin.

Halves of beef cut and wrapped are available from the store 10 AM to 5 PM except Sunday. Purchase safe beef for your family and save by buying in bulk. Ask about becoming a region LHTT beef distributor. 740 758 5050. 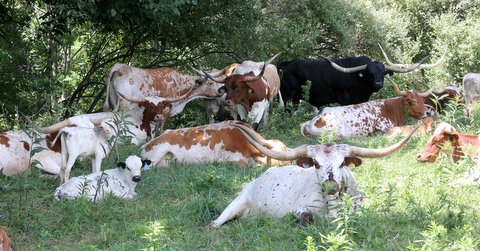