Here at Dickinson Cattle Co. we have a novel system for our water supply. The source is abundant pond water. City folk have the convenience of just hooking up to city water. In areas without city water and where it is difficult to get a well, people have alternative ways to supply their water. Our solution was to install a submersible pump in the seven acre Judge Parker Lake. The water is pumped to a well house where there is a chlorinator and then out to the other buildings. House and drinking water have softeners and further water treatment. Cattle and irrigation water don't need any fancy filters.

The pump is suspended by a float and hangs from a chain. On each side of the pump there are two big filters to cut down on particles and those are also suspended in the water by floats with chains. The filters hang about two feet below the surface so that it pumps the purist of the water. 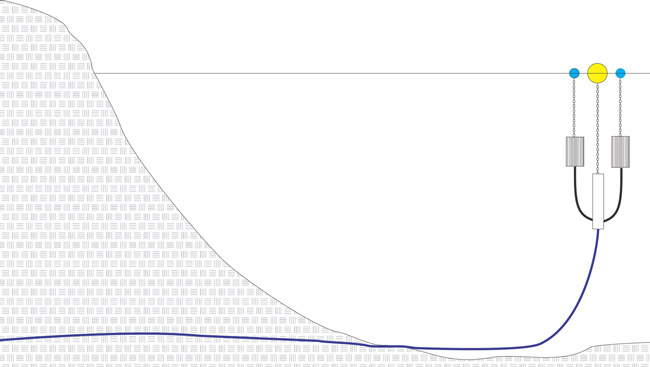 This system is about 50 feet from the bank and in about 40 feet of water. It works well most of the time. About once a year we use a rowboat and venture out into the pond, pull the pump up and change the filters and make sure that the floats are firmly attached. If our water keeps shutting down, that means that the filters are plugged, and if it starts giving us lots of dirty water, then the filters might be broken off or the pump has fallen to the bottom.

Well last week, the chain on the big float rusted through and the pump came loose. The pump sunk... In 40 feet of water. 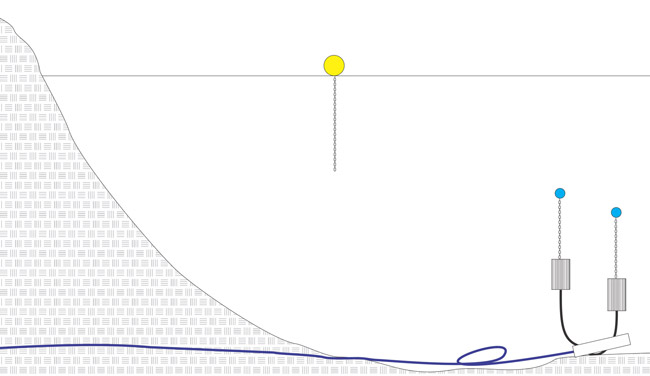 There was no way to snag it and the water was so deep, that we weren't sure where it ended up. One thing was for sure, we needed to get it fixed. Things must flush and cattle in pens need water.

It is November in Ohio and the water temperature is in the 40's and nobody thought it would be any fun to dive into the cold pond to retrieve the pump. Well, nobody except Rose that does tours and works in our Longhorns Head to Tail Store. Rose is the adventuristic type. She brought her wet suit to work and dived down several times, but because of the depth and visibility, she was unable to even find the pump. And she decided that the cold water was not a fun thing. 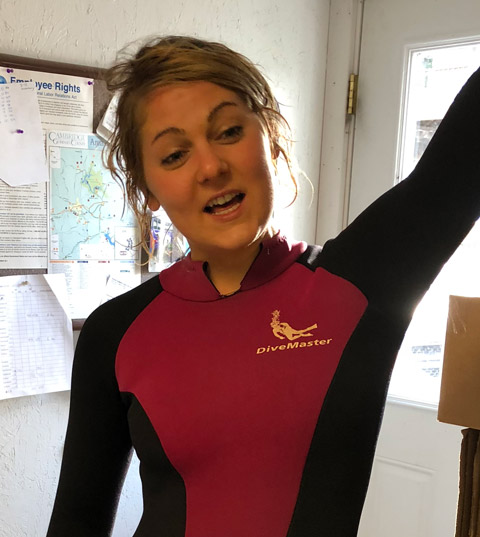 Here is a photo of Rose just before her dunk in the lake.

Cliff to the rescue. 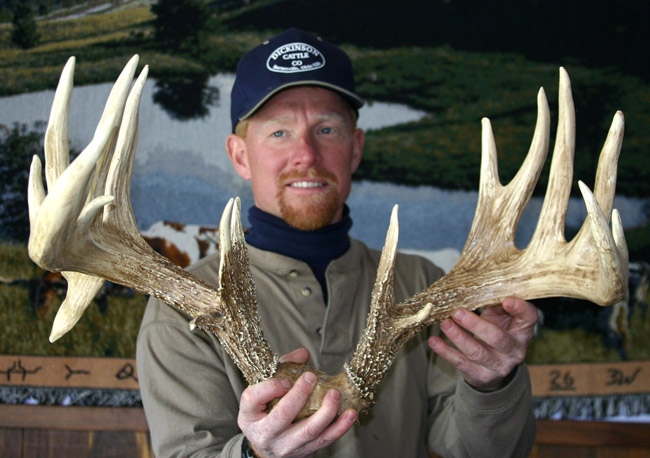 Cliff Musgrave is the "C" in C&G Hunting club that has exclusive deer hunting rights here on Dickinson Cattle Co. Cliff is a firefighter/EMT/recovery diver and he brought down his scuba rescue suit to help retrieve the pump. 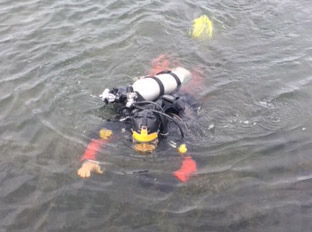 Cliff starts his search for the sunken pump 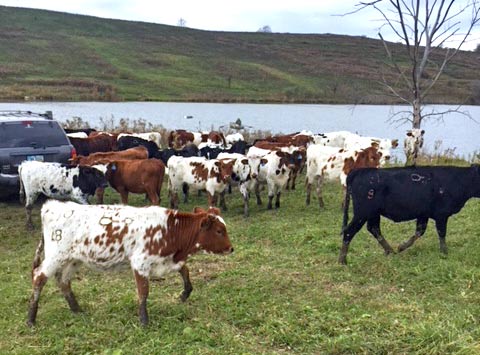 The Judge Parker Lake is in the middle of the heifer pasture. The heifers all came down to check out the action.

30 minutes later -- Pump Found -- the current had moved it far away. 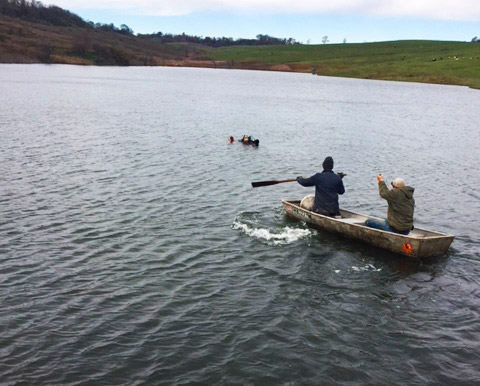 After searching the frigid pond, the pump was found. Cliff is calling Jake Hershberger and Doug Burris over to reattach the float. The pump was heavy and it took all Cliff could do to get it to the small boat. 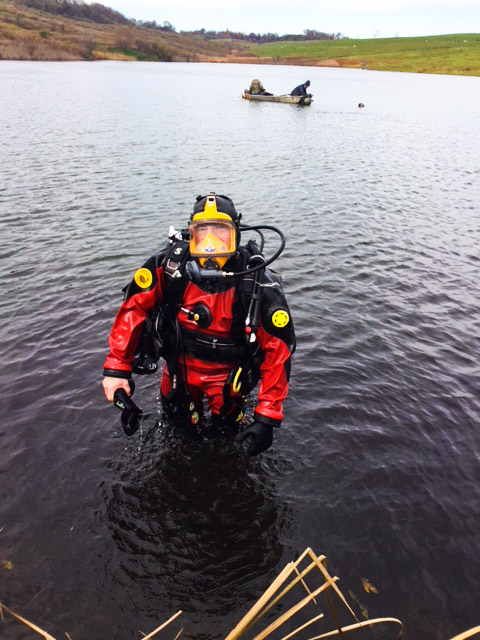 Cliff had to take his protective glove off to be able to hold on to the pump. His hand got pretty cold. Jake and Doug in the background finishing the reattachment and redeployment of the pump. 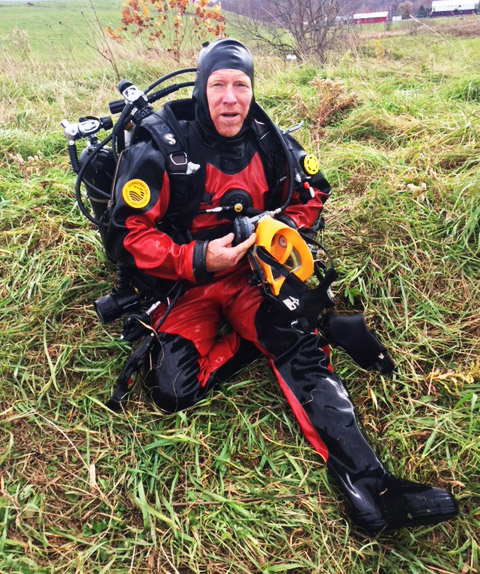 Job well done. Thanks to Cliff. Everybody should be fortunate enough to have a friend like Cliff. Things flush at the ranch again.