Curtis Ohlendorf first came to Dickinson Cattle Co in 2002 to search for a really good Texas Longhorn bull for his small herd at Lockhart, TX. With him was a long-legged 19 year old son named Ross who Curtis said, "Is a very good baseball pitcher --for his age, his fast ball is really something."

Curtis and Ross looked over about 60 bulls and selected a thick yearling bull with lots of horn named Capone. The Ohlendorf's have always been data people. It may be like baseball statistics -- they wanted to know 205 day weights, scrotal circumferences, horn growth per month, disposition scores, and studied pedigrees clear back to Noah. I doubt if DCC would have ever sold them a bull had it not been for the massive amount of data DCC collects on every bull.

In 2005 Curtis came to DCC by himself and bought a Winchester son named Winner's Edge. He was very smooth, a thick hip, flat horn and a bronze spotted color.

Since those first purchases, Curtis was correct. Ross did have a great fast ball. He fought his way as an American Professional Baseball Pitcher in the Major League for the New York Yankees, Pittsburgh Pirates, San Diego Padres, Washington Nationals, Texas Rangers, Cincinnati Reds and lastly the Nippon Professional Team in Tokyo Yakult Swallows. For stats, Ross has professionally documented a personal number of 444 strikeouts. Now after a fantastic career all over the globe in baseball, Ross is a Texas Longhorn rancher, husband and father. 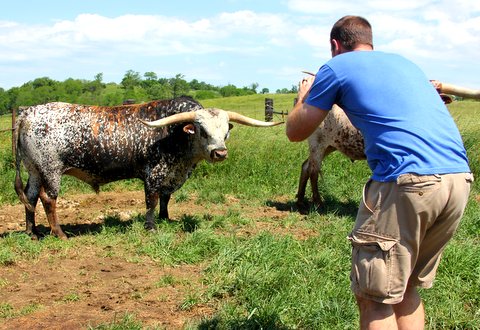 In 2016 Ross spent the day at DCC and purchased Lots Of Flair. Ross works the data, takes photos and wants to see up close and personal every bull he purchases. Ross is a student of perfection. His famous career explains his attention to detail. He wants to see progeny, and ancestral family members. Buying a bull is not about a fly-by one minute auction event. 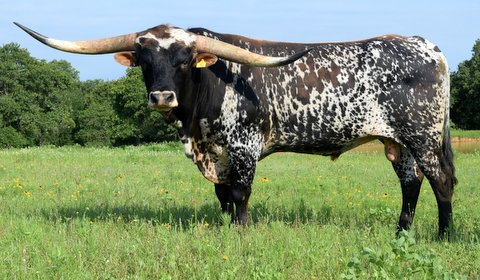 Jet Lag was purchased by Curtis and Ross this past week. He is by Jet Black Chex out of Clear Pearl by Clear Win out of Field Of Pearls. He was serviced one year at DCC. 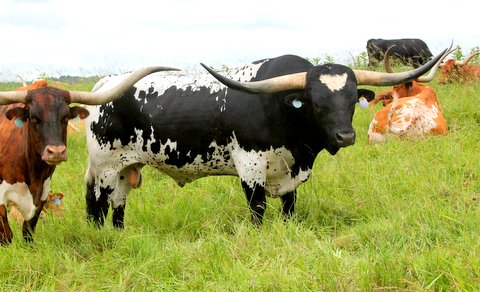 Also on the same trailer was Non Stop by Over Kill out of Obvious Top by Top Caliber. Non Stop has been bred at DCC for 4 full seasons leaving some fantastic black base cattle. He will be used in the future at DCC with AI. His semen is $35 per straw.

At DCC we are very honored to do business with the Ohlendorfs for soon to be 20 years. They have a plan and it always includes DCC genetics. As a result of their serious breeding program Rocking O Longhorns is one of the top herds in Texas. They cull ruthlessly and know where they want to go with their long term genetic plan. It is not a small herd anymore.

Thank you Ross and Curtis for your friendship. We also have 2 young bulls that you may need in 2021? -DD