This stunning "Tuff" son is out of the greatest producing daughter of Drag Iron and Field of Pearls. His 1645 lb dam is strong enough to up-breed smaller genetics. The new frontier is great Texas Longhorn genetics with rapid gain. Dragon Pearl is the dam of 3 over 80" sons. Cut'n Dried is thick, deep, with lots of structure and base. Cut'n Dried is T2T 87" at 35 months. Expected to soon go over 90" T2T during his 3rd year. Incomparable data. https://www.texaslonghorn.com/inventory/index.cfm?con=id&IDNo=14157&BreedCode=T&Category=Reference_Sire 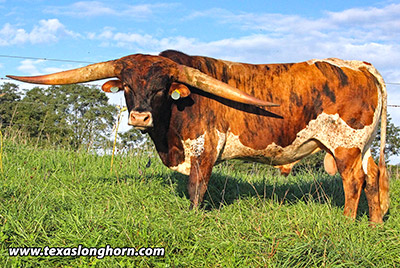 Real semen -- DCC bulls have historically been frozen at 40 to 50 million live cells per straw. On the post freeze evaluation, the average straw thaws at 25 to 35 million live cells. It has both male and female cells and no part has been molested/sorted or stressed by extensive handling or delayed pre-freeze shipping.

The average straw of sexed semen, in the industry, has as little as 2 million live cells and these have been stressed to the point to yield a lower conception, by an estimated 20%. Those involved in sexing technologies allege 87% or better of the resulting calves will be from the desired sex. Real semen is real. The less stress before insemination the better the conception. Real semen has all the great herd sires remaining, and is proven to have more hours of vigorous life after insemination.

There is a new laser sexing process developed by American Breeders Service where female cells are damaged less. Up to 93% of the male cells are rendered void. This process has been tested with over 40,000 conceptions and results indicate a reduced conception below real semen of less than 5%. At this time DCC will offer laser-processed female semen on collections of Cut'n Dried. 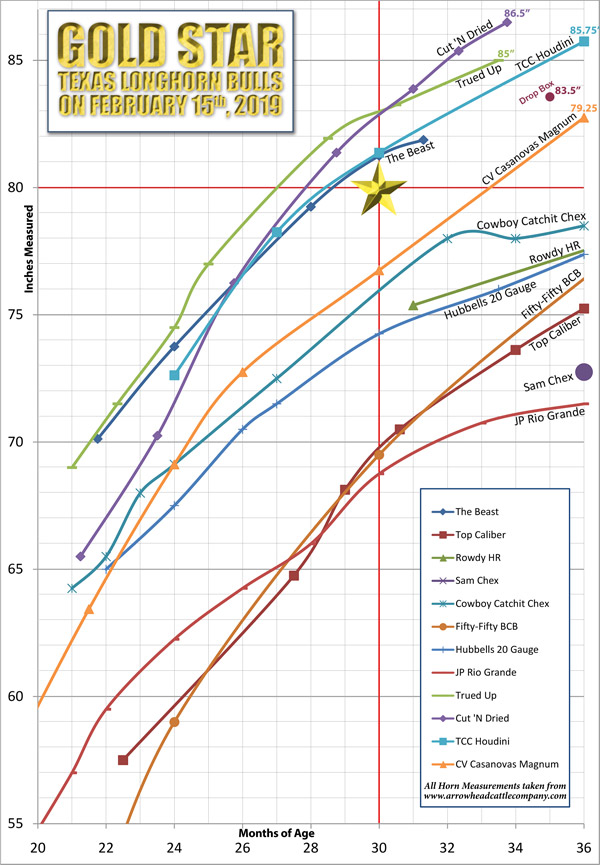 This exact chart from Arrowheadcattleco data comparing Cut'n Dried with other leading sire's horn data. Check it out. It is about numbers.