Iron Span - The Plan For The Span

Back in 1995, a beautiful, perfectly conformed heifer was born, sired by Senator -- so pretty she was named after the most famous supermodel of the day, Cindy Crawford. Cindy Crawford, the cow, gave DCC 4 strong producing females who are still leaving genetic foot-prints in the DCC herd. Also known by students of the breed, the great Capone bull, used by Ohlendorfs and Burton/Stockton, was a son of Cindy Crawford. 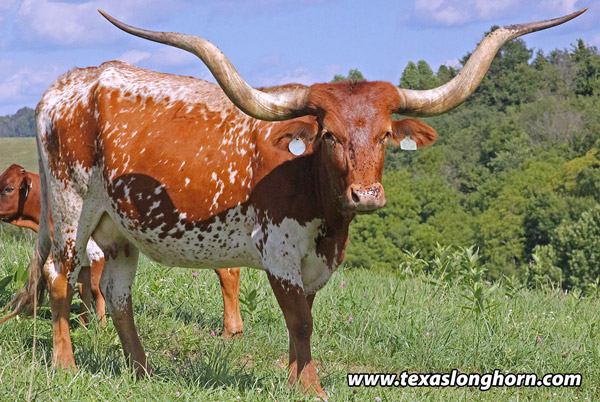 Obvious Top is a Top Caliber daughter out of the Cindy maternal line. It is a line with a major early fast horn twist. Unique in the DCC herd, all 7 of her progeny have been retained for, or bred heavy in the herd. She is dam of Non Stop who was used 4 years, siring Stop Already and Spokesman. The Obvious Top calves have been consistently correct, sired by Over Kill, Clear Point, and Drag iron. 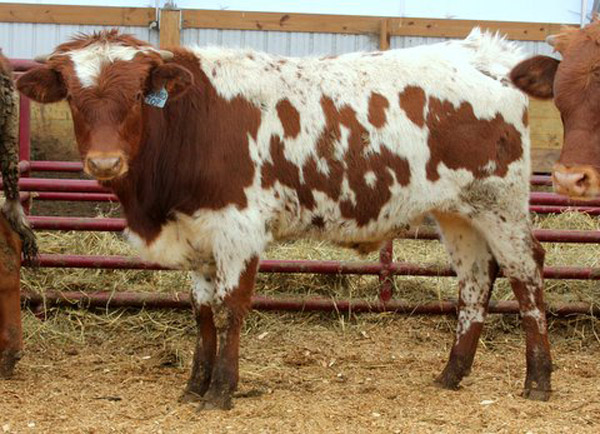 On 6-1-16 Obvious Top had her first Drag Iron calf. At 7 months he showed some of the worst horn growth of all the young bulls retained. But, knowing how this family develops slow, he was considered very promising. (Some feel horn to the tip of the ear at weaning is a minimum.) He wasn't even close. 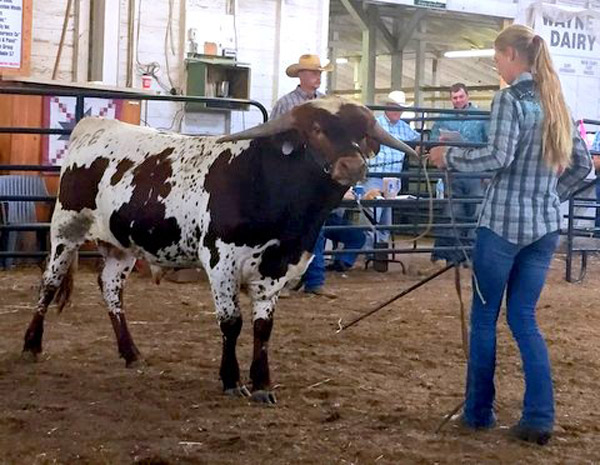 The Drag Iron x Obvious Top son was named IRON SPAN. At his first show, age 13 months, Kara showed him to All Age ORVTLA Grand Champion Bull. He was starting to grow fast horn of the low scoopy angle. 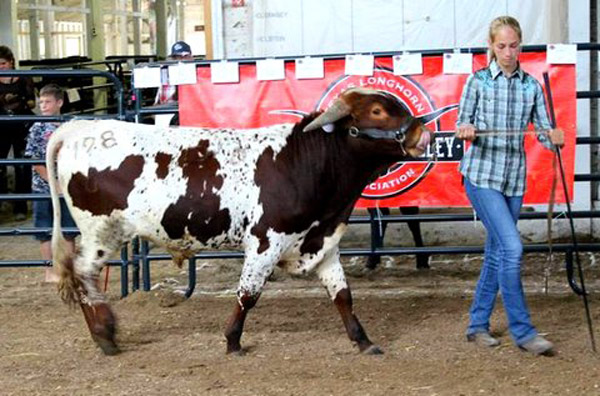 Next show IRON SPANÂ  was Grand Champion at the ITLA Championship Show
at Cloverdale. 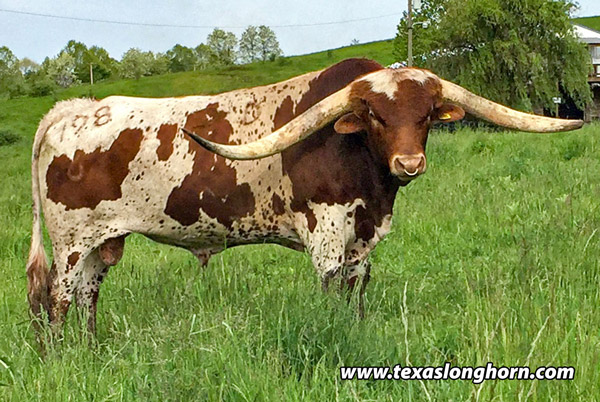 Today IRON SPAN has just turned age 3. He measures 81" T2T with one horn-end removed and 84" T2T by measuring his good horn to mid-head, then doubling it. IRON SPAN will have a nice big herd of cows this year and perpetuate a long line of planned matings. He works well with both whiter and solid color cows -- he is right in the middle of color planning. He will also be used on the higher horned DCC cows.
Come to Ohio and see 52+ years of planned Texas Longhorn matings. It is an exciting experimental lab in the grassy Appalachian hills. See horn, color, disposition and great conformation all smacked into single packages -- it's the wonder of it all!