The greatest article I have ever read untangling, and factually proving where the NCBA, Agenda 21, Sustainable Development, the equality theory, the Biodiversity Treaty, Globalism, the World Wildlife Fund, Global Warming, mingled with Communist plans to take over the USA, the USA's food industry -- and who is doing it?

Most will not read Tom DeWeese's speech presented to the Colorado Independent Cattlemen's Assn for 30 minutes, but most who consume food are not even worried about Communist interests in USA food production -- reduced beef production in the USA or increasing imports from Communist countries. As long as food is in the store, no problem. The day may come, like in Venezuela currently, that the government owns all food, and all food production, and all people who are producers. People who don't read this will someday say, "WOW, WHY DIDN'T SOMEONE TELL ME!! Tom DeWeese is telling you now. Read every word. 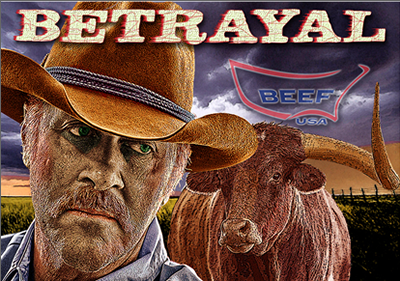 The communists government of Venezuela has taken over farm ownership and food is controlled totally by the government. Citizens are numbered to receive food rations from the government.

Millions of dollars are taxed from cattle producers weekly, going into the USDA Beef Checkoff fund, managed by the NCBA. Ranchers are paying for it, yet the story of welcoming international producers to take over the USA beef industry has not been told, nor names and organizations being called out. It is imperative for the USA to be totally food and fuel self sufficient -- 100%. Support USA sanitary beef production while it is still here. DD