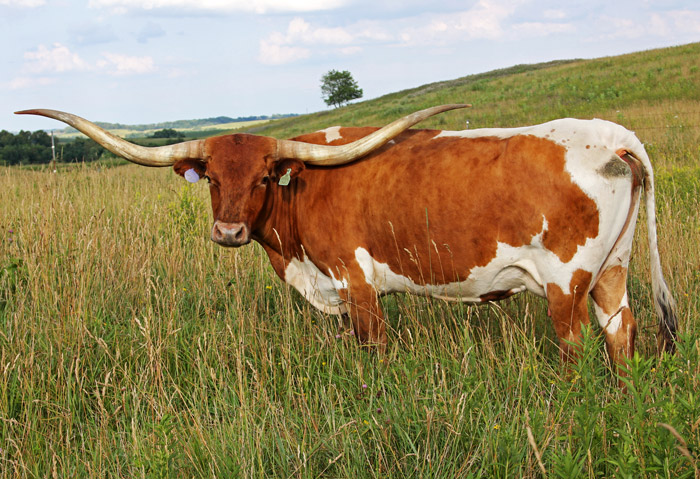 Very few cattle breeds have classes that honor senior cows. Some Texas Longhorn cows will produce into the twenties so they are valued for their longevity as well as other unique virtues.Â  At the Denver show the senior Texas Longhorn cows make a great show presentation with their twisty mature horn spreads. 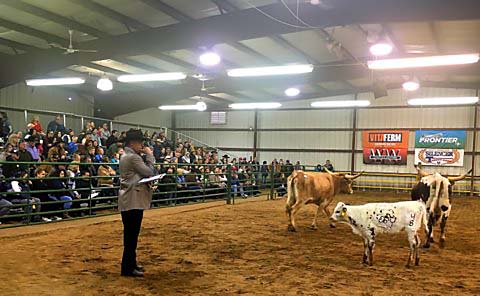 Winning Smile was bred and raised by Joel Dickinson, Dickinson Cattle Co of Barnesville, OH. She has produced 26 calves natural and by embryo, soon coming with her 27th. She weighs 1176 pounds and sports horns measuring 85.75" tip to tip. 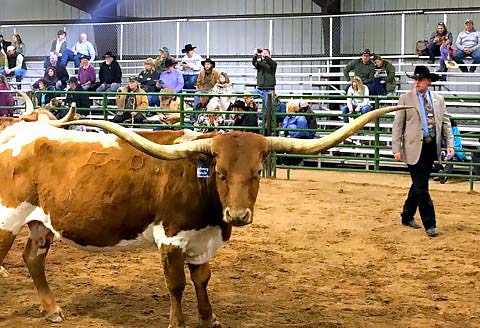 Texas Longhorn shows offer a non-halter division which has met great appreciation among ranchers. Cattle are shown loose in the arena without show sticks, posing or halters in a natural condition. It is an honest presentation which cattle people respect.

The National Western is a mutual effort of the TLBAA and ITLA affiliates working together for a full point earning show for both associations.

This is the 43rd annual Texas Longhorn show held during the National Western starting in 1975 with a National Championship steer show.

It was a standing room only crowd during the show. Some thought the great article on the Wall Street Journal cover of the Denver down town Longhorn trail drive was significant to create this tremendous interest in the breed. DD