The 29th Annual ITLA Convention/Championship is in the record books. It was a 10 ring circus. President Larry P Smith II hadÂ  his hands full 24 hours a day with delegations, committees, meetings, judges, a wife showing cattle, dogs running everywhere, cattle pens full into the next county, a hungry wife, but no trucks were towed from convenient parking spaces (a blessing) and generally speaking, what a great event -- perfect weather every day.

If you were not fortunate enough to attend -- what a mess. You really missed out. So, in a helpful attempt, here is a photo presentation for you from my point of visual. I was using a new phone/camera and here are things I enjoyed seeing. 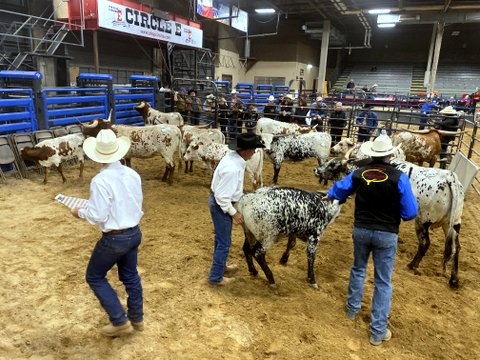 The pen of finalists for the ALL STAR FUTURITY were probably the most correct and close to perfect group of cattle ever in one place at one time. I have never seen a nicer group in one pen. 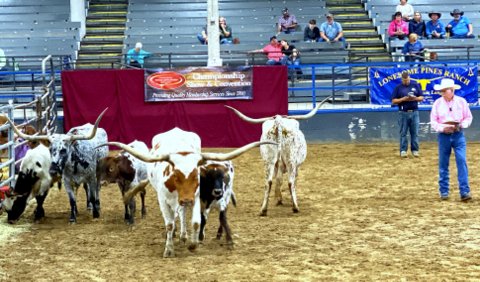 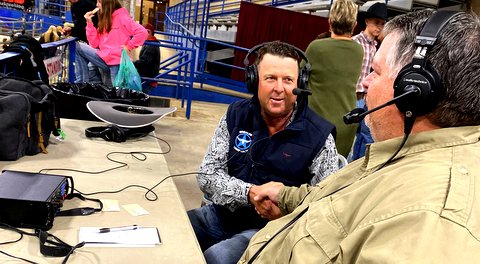 Futurity Judge, Wesley Offord of Queensland, Australia was one of 18 Longhorn producers interviewed on radio from the ITLA Championship, live all day Thursday AM/FM. All of the North Texas area learned about Texas Longhorns. 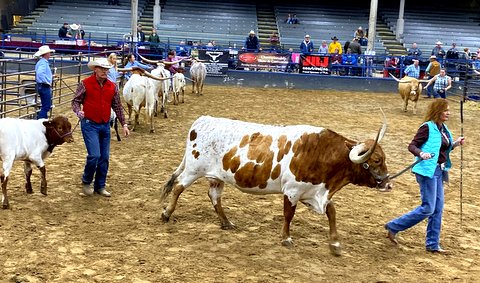 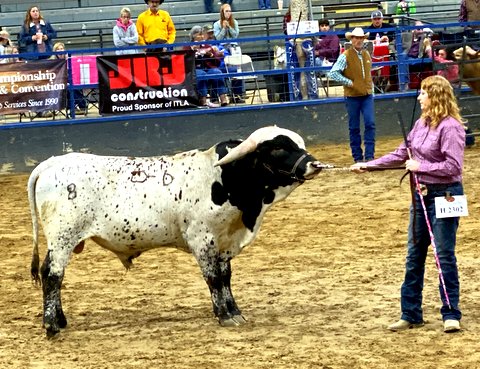 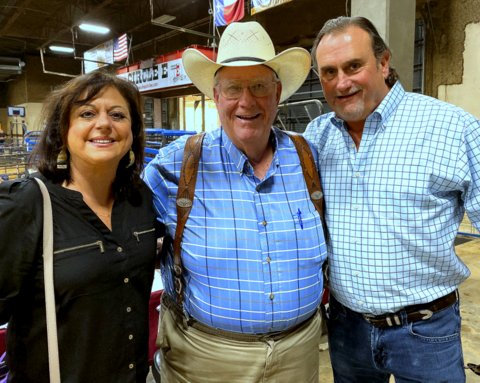 Sherese and Rex Glendenning, owners of Drag Iron, with the old cripple guy in the middle, me. 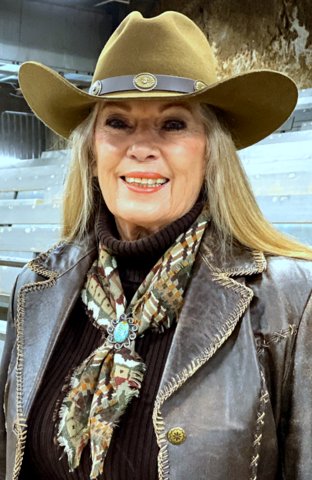 Lana Hightower judged the Championship Show last year. She showed up to make sure the 2019 judges were doing it right. If that stitched leather jacket looks western, she bought it at the Canton First Monday -- may be a hundred years old. 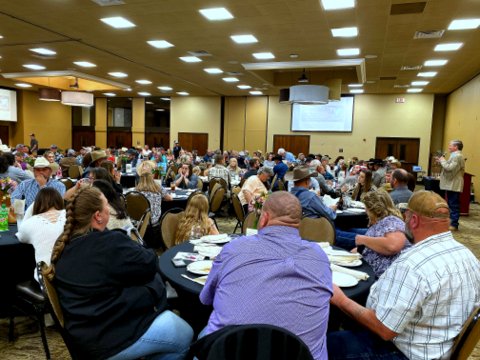 Attendance at the ITLA events -- most people ever. It was great. 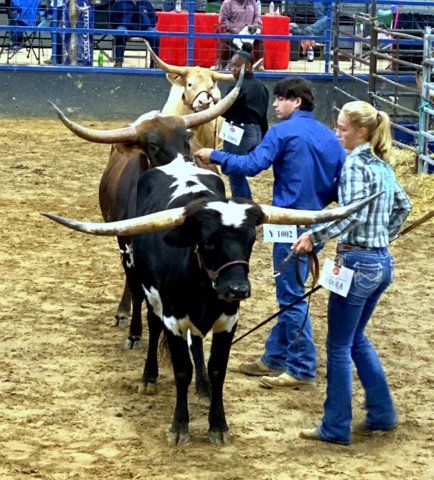 Kara Dickinson with Saddle Jewell, age 2, winning another beautiful ITLA buckle. Jewell is by Saddlehorn out of Dragon Smile. Champions can have excellent horn spreads. 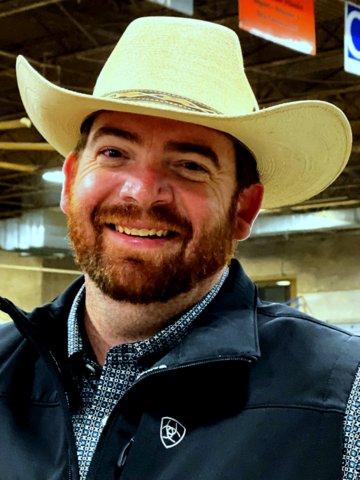 Joe Sedlacek exhibiting at the ITLA Championship. Fairly handsome cowboy once he tosses away that oily seed-company cap. 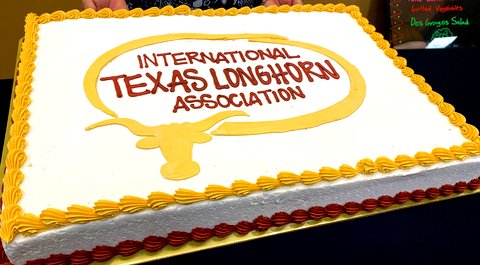 All 3 ITLA evening banquets were great. The "yuge" cakes -- whoever made them was a master. 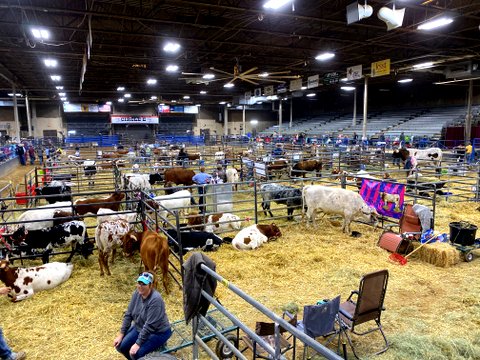 All 6 barns were slam-jammed full of show cattle. Kids and dogs ran everywhere. A small number of donated females were auctioned to generate over $10,000 for ITLA. The Spokesman heifer donated by DCC was high selling. Melissia Bierschenk and Gail Beach wereÂ  conspiring against the innocent. See the orneriness in the eyes? Cori, ITLA office manager was all over the place doing her always professional, everything needed jobs. Brad Hancock of Robin Hancock fame, with Misty and Joel Dickinson. Photo captured
at a point when nothing what so ever was happening. I told Brad to suck-it-in, and he did. 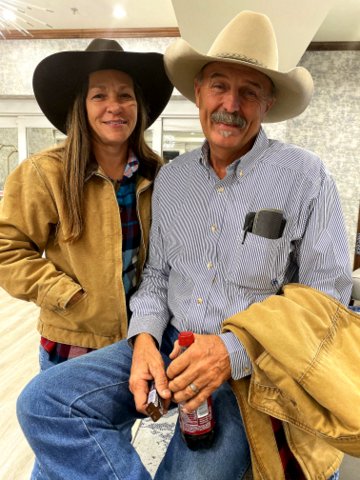 At the final part of the banquet, President Smith presented the Pioneer Breeder Award to Joel Dickinson, Barnesville, Ohio. Joel has raised registered Texas longhorns for 40 years, starting at age nine. The Pioneer is presented to honor a member that has, over a period of 15 years or more, demonstrated a strong commitment to the ITLA and exceptional initiative in establishing a Texas Longhorn of superior value genetically with commercial merit.