Celebrating the 53nd Annual year of raising TexasÂ  Longhorn cattle at Dickinson Cattle Co was a joyous event with the annual Customer Appreciation Day, near Barnesville, Ohio. The goal is great friends, a beautiful time of year at the ranch, demonstrations of procedures used at DCC, wonderful and sometimes wild and crazy great food, the Satellite Horn Showcase measuring, photos of everything, celebrity Longhorn lovers from all over, pasture bus tours, kids roping, and the star of the event is the great Texas Longhorn breed.

Now it is sad that you went to a half-price-off flee market, or a raw sushi eating contest, or a training session for unbattered husbands, a Biden fund raiser seminar, or just forgot. It was your loss. To help you feel really depressed for missing out, here are some photos of the day. 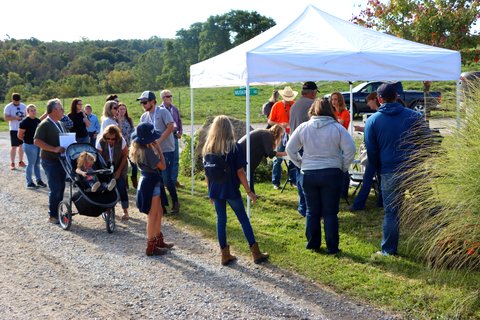 Early morning check in started at the entry tent. Clients received a name tag to assist in networking, a free meal ticket and admittance to all tours and demonstrations. 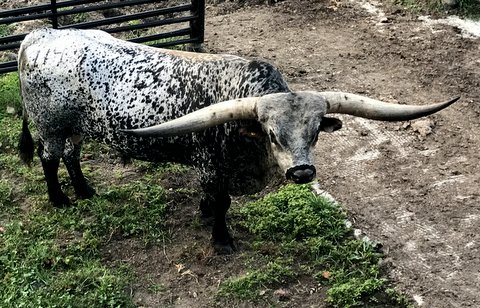 Flair Galore was watching and begging for cow candy -- his begging worked. From his front-pen store and tour guests hand feed him every day. 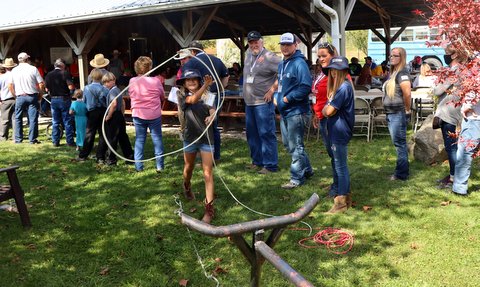 Kids got to practice the correct style of throwing a lariat at the steel steer. 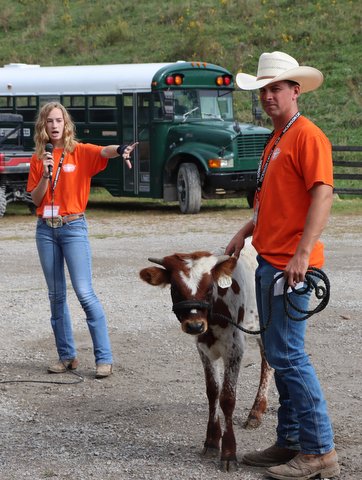 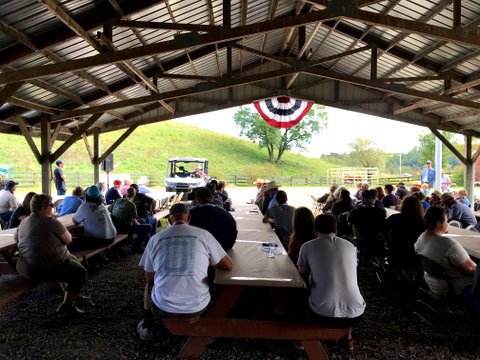 Two presentations by Darol Dickinson included "Surviving Our Government" and "Predators to Livestock, Wild and Domestic." 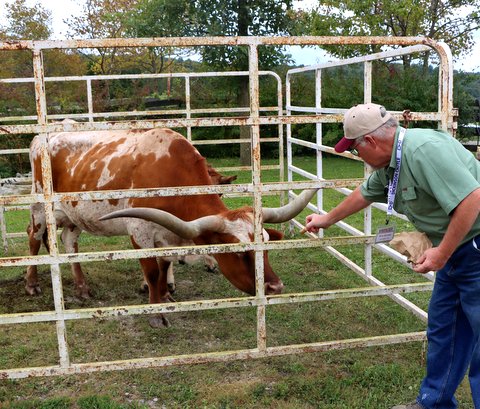 Athena and calf were on display representing a domestic dog-pack survival. How it happened, how she survived. Many rewarded her for her stamina with treats. 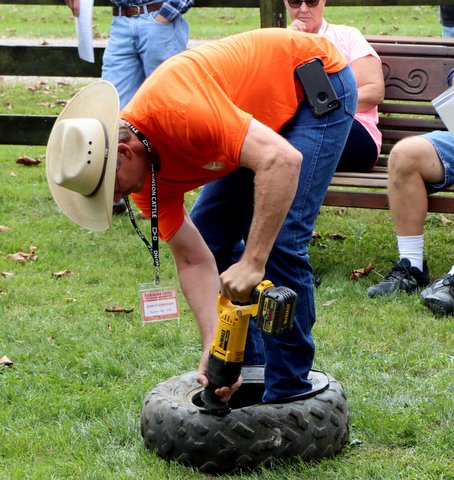 Joel Dickinson demonstrated how to make the world's best trace mineral troughs with an old Honda tire and mine or quarry belting for the bottom. Won't rust. Safe for cattle. 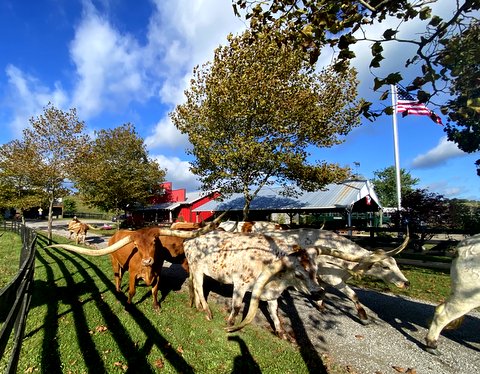 Everyone paid close attention to all demonstrations. 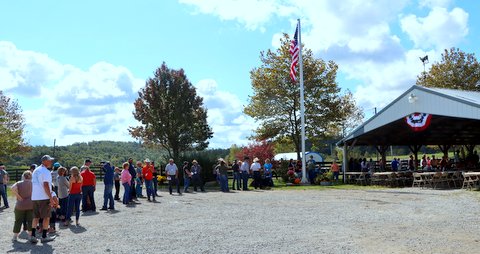 Although a long food line, everyone got a thick cut slice of prime rib, maybe the best they ever "ett." People attended from 14 states and Ohio. 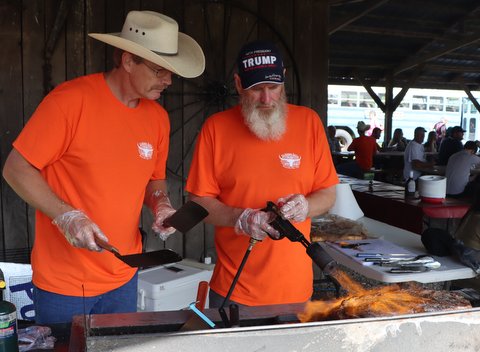 Joel and Kirk work with a wheel barrow load of prime rib, slow cooked for 24 hours then blow-torched for a charred rare flavor. Nothing shows appreciation of great clients like a thick slice of prime rib. 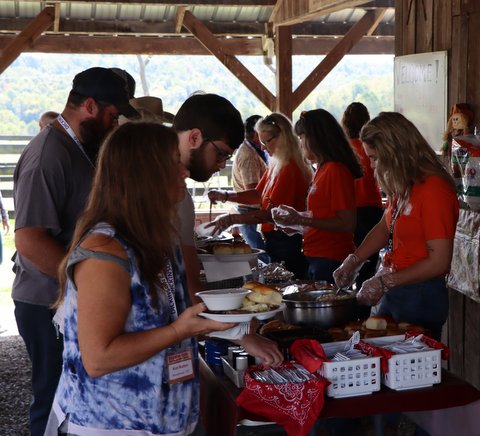 The Dickinson family homemade grub was rolling out. 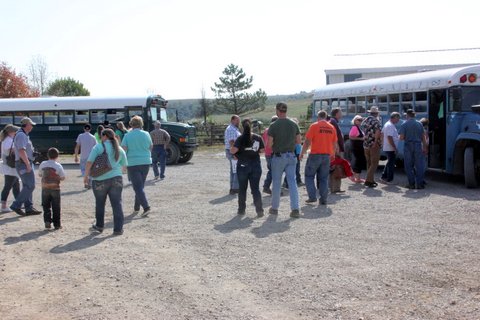 Guests load on the ranch buses for pasture tours and moving to the measuring corrals. Neighbor's calves were branded to demonstrate how to do it right. Special prices for the day on all semen sires up to 70% reduced price. Ed Callan on the right wanting a cheaper price. Doug Burris demonstrates how to trim hooves safe for people and the cattle. Silent Iron almost makes 107" with all hands on deck for holding the line. Ed Callan was the official measurer. The Dickinson extended family, and cast members who worked to serve the great customers of DCC. Thanks to everyone, Darol Dickinson

During the day 57 cattle were sold, all priced low for easy purchase. Thanks to the
buyers -- you will be happy.