Every Texas Longhorn producer is encouraged to join with DCC in sharing the genetics of IRON SPAN. He may be the top Drag Iron son ever. His dam, one of DCC's most twist-horned cows, also produced Non Stop. He has been shown at halter twice winning ORVTLA Grand Champion All Age Bull and also ITLA 2017 Grand Champion Bull at the Championship show. Horns projected at 92" currently with tip damage calculation. (He has not been kind to his horn tips) He has low scoop-back horns with both tips removed by shear ignorance. Bred at DCC and siring great consistency of size and color. 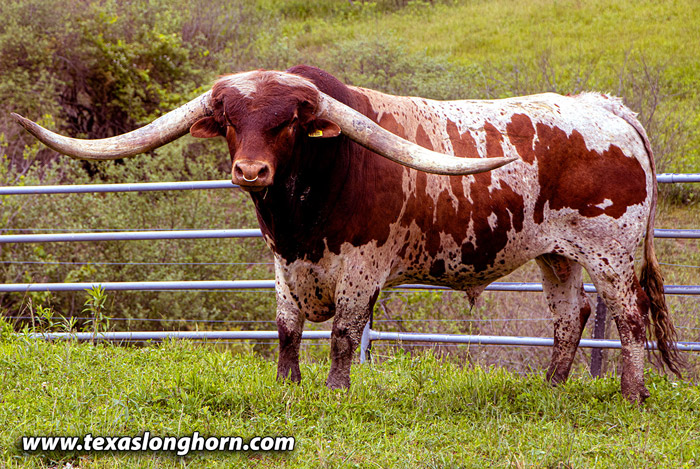 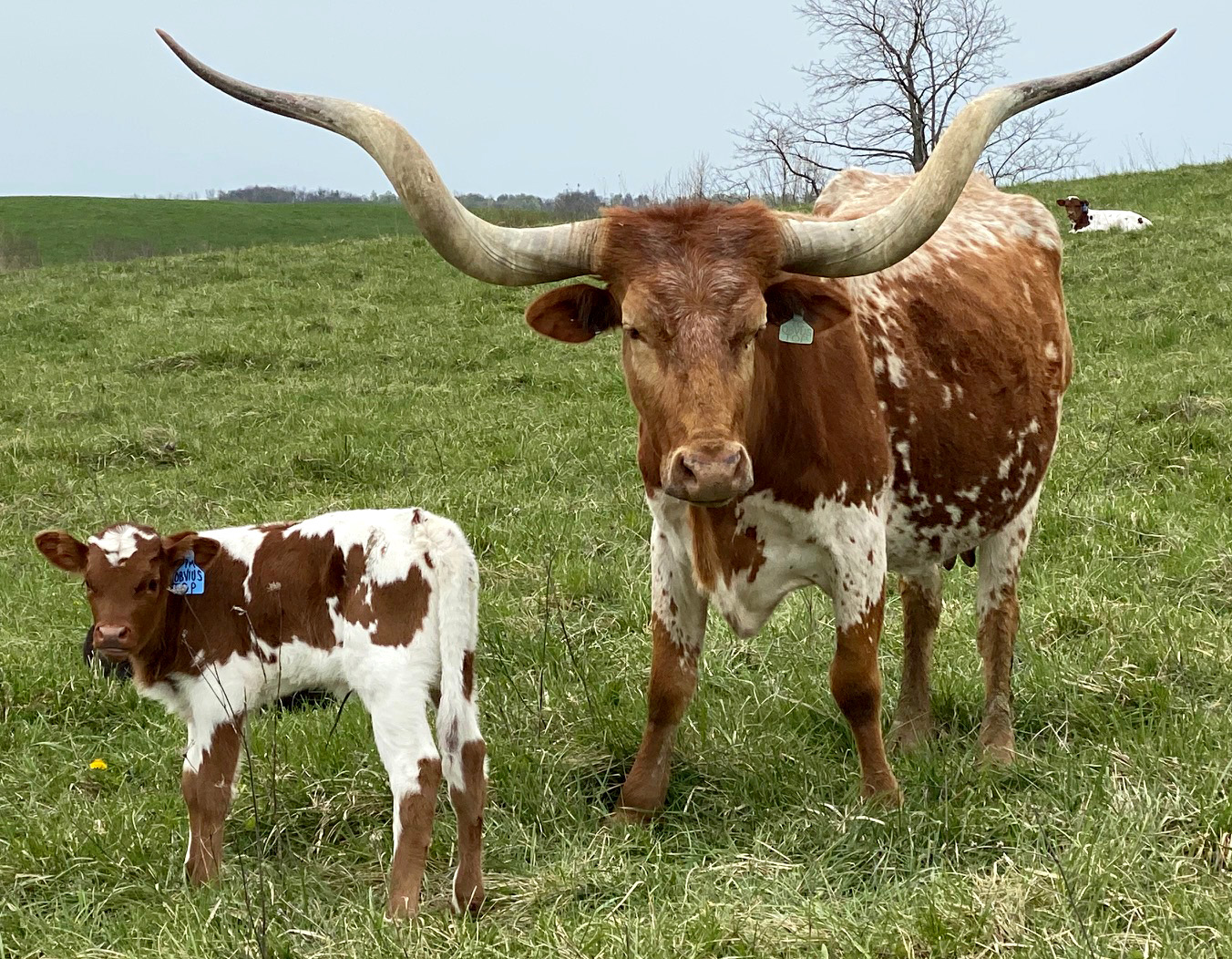 Obvious Top by Top Caliber. She is a strong twist horned genetic part of the DCC herd. 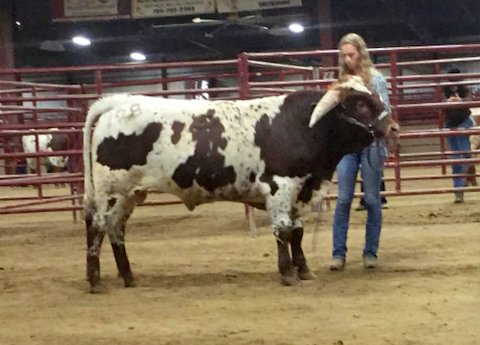 Iron Span as a yearling winning one of his Championships. 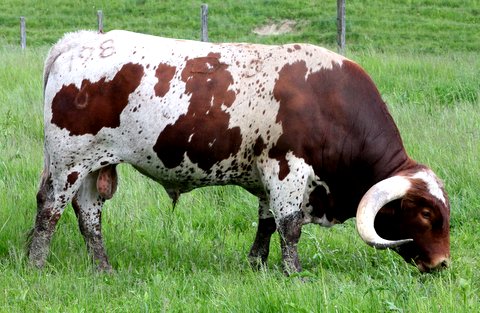 Iron Span just doing a pasture thing. Low key. He sleeps a lot. Many of his calves are a dark maroon rich spot pattern.

If cows are high horned or forward horned or short horned, Iron Span is a fixer. Here are some sample photos of his progeny: Click Here 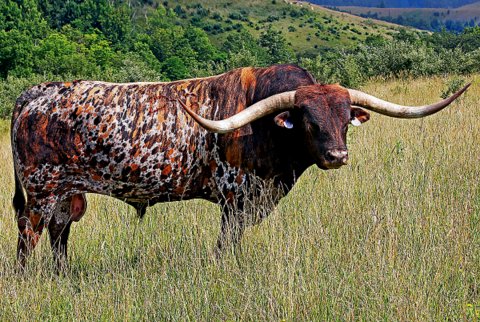