Barnesville, OH -- Dickinson Cattle Co., and Longhorns Head To Tail Store -- we are sick and tired of the bad-mouthing of all law enforcement folks. As a small gesture of appreciation the Belmont County Sheriff and deputies and their families, and the Barnesville Police and deputies were invited to a special appreciation day planned just for them June 26. Over 80 officers and their families attended.

Due to the dedication of these real public servants, doing 24 hour duty, only about a third of those invited were able to attend with families.

The location was the Dickinson Cattle Co., pavilion north of Barnesville. Invites were from 10 A.M. to whenever. 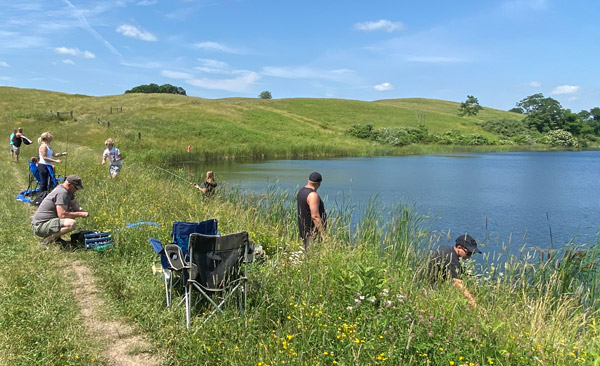 Those coming early or staying late were welcomed to fish at the huge ranch lakes, and take home all they caught.

Before lunch families checked out the ranch store and the lean Texas Longhorn beef available. 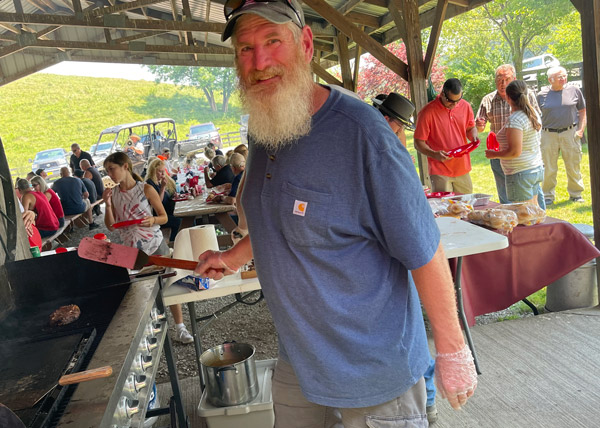 Days before Kirk Dickinson and crew specially cooked the prime rib for adults and Longhorn burgers for the kids. Some of the deputies had never received that thick of a prime rib cut! 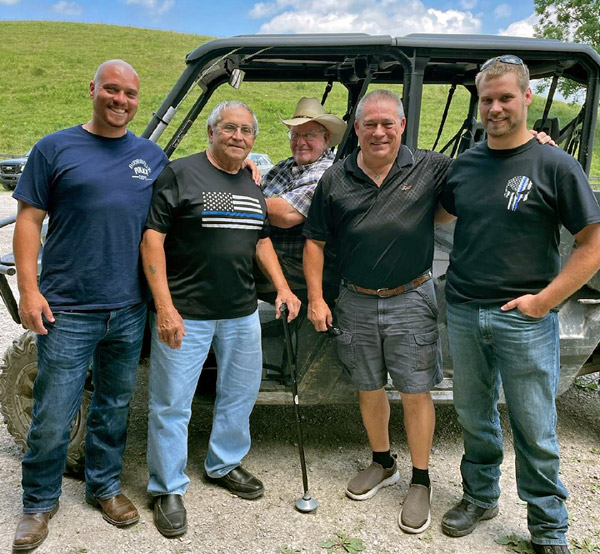 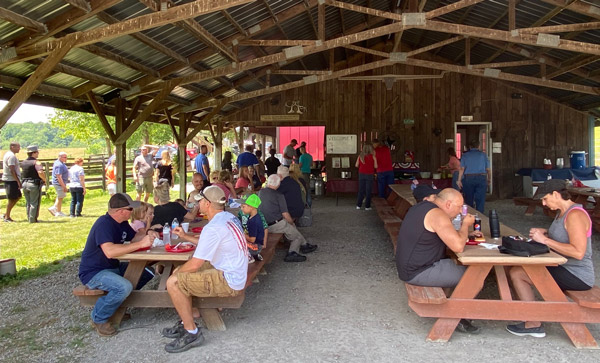 Lunch is served at the DCC pavilion. There was no violence, pushing or shoving. Peace prevailed. 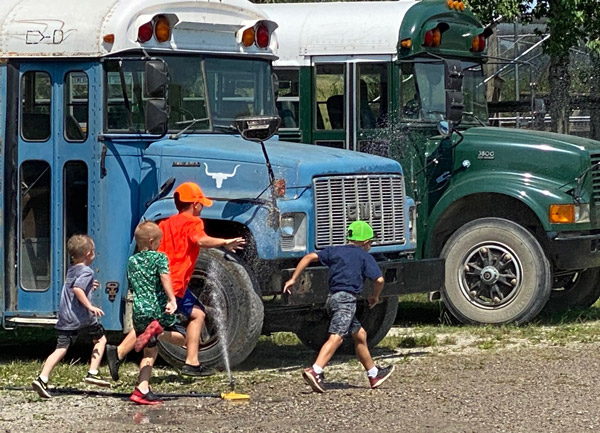 To settle any possible dust on the prime rib, water sprinklers were used. The kids found water and mud were the most fun of the day. The wettest and muddiest kid apparently won. 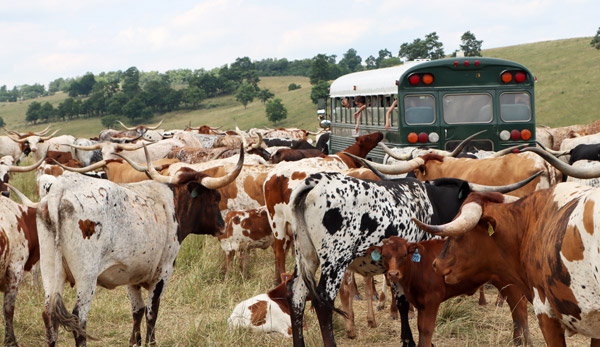 Every guest received a narrated ranch tour of Texas Longhorn, Dutch Buelingo and African Watusi pastures. Up to 400 cattle were viewed at DCC. Hand feeding the cattle and having a moist cow tongue wrap around the hand was also a high point for "most" kids.

Once again it was clearly proven that if you don't break the law, don't flee the scene of a crime, don't shoot at the officers, these folks make great neighbors and friends. Thank you to all the great law enforcement workers all over the USA, not just Belmont County, Ohio.