Wooster, OH -- The 24th annual Ohio River Valley Texas Longhorn Association show was held at the Wayne County Fairgrounds at Wooster on July 16 & 17. Participants were represented from 9 states for the well known event. ORVTLA is an affiliate of the International Texas Longhorn Association. There are over 80 approved classes for all ages of cattle, halter, non halter, youth, a futurity, showmanship, and ITLA even provides for a performance class for riding steers. The show is normally held in mid Summer. 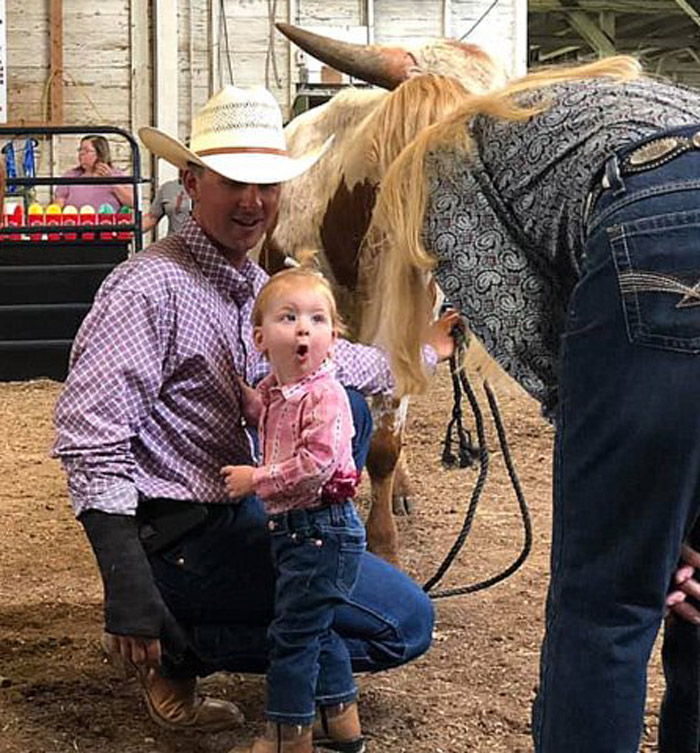 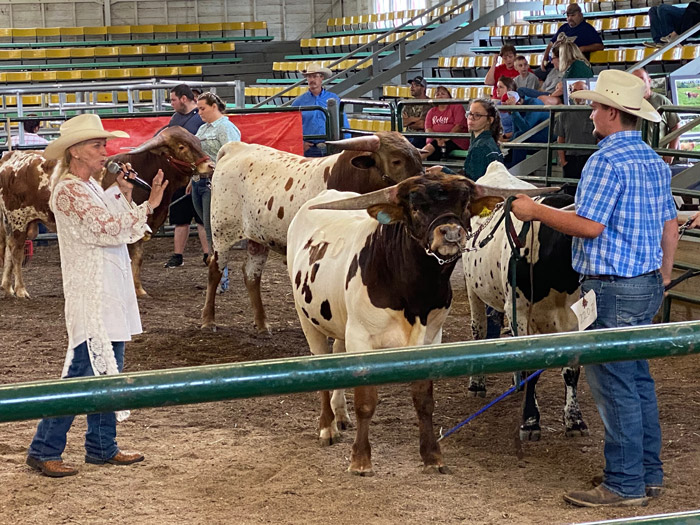 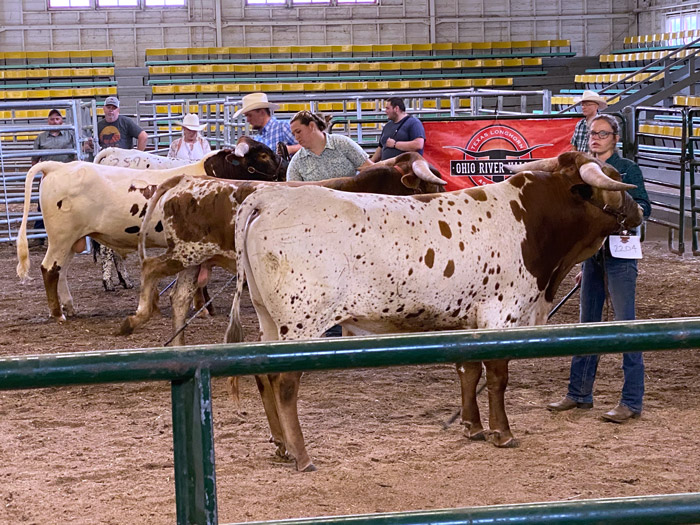 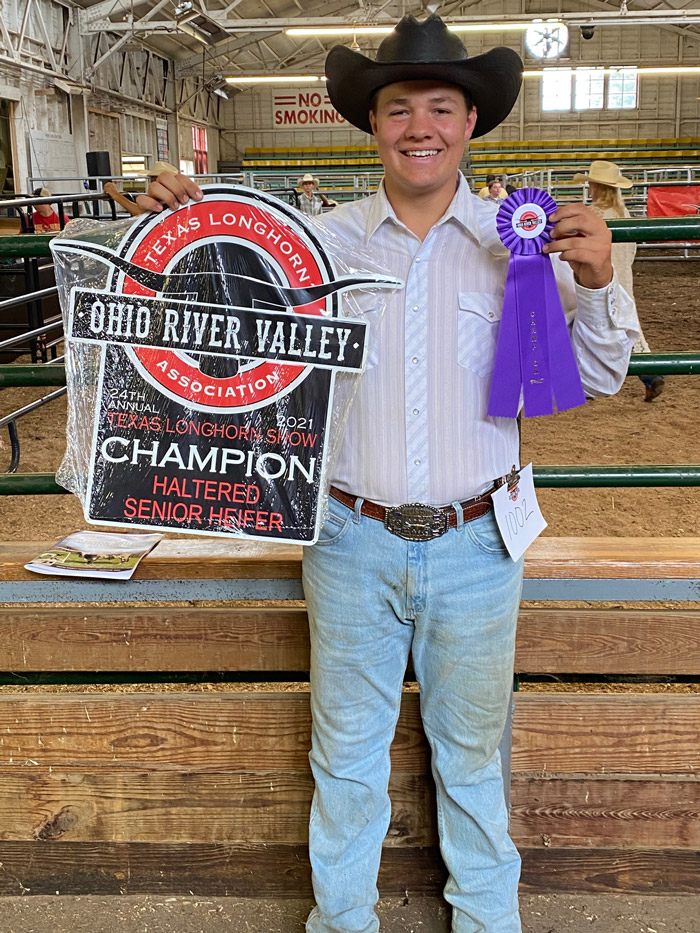 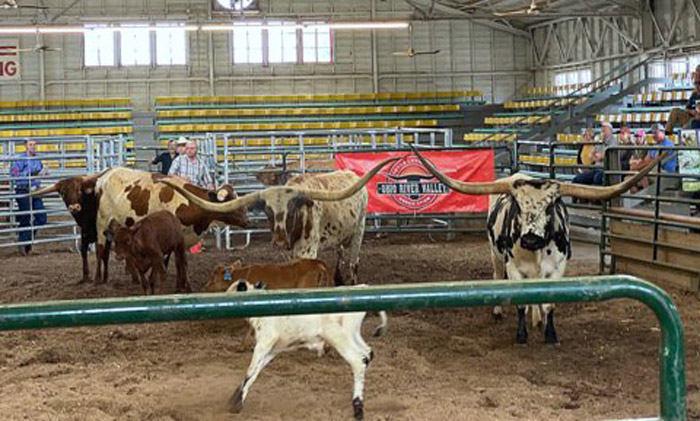 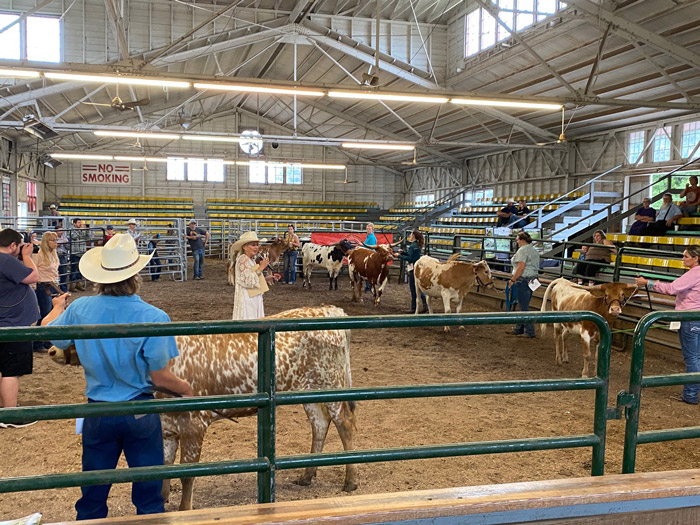 Judge Huntzberry gives reasons in the center of the arena or yearling heifers. 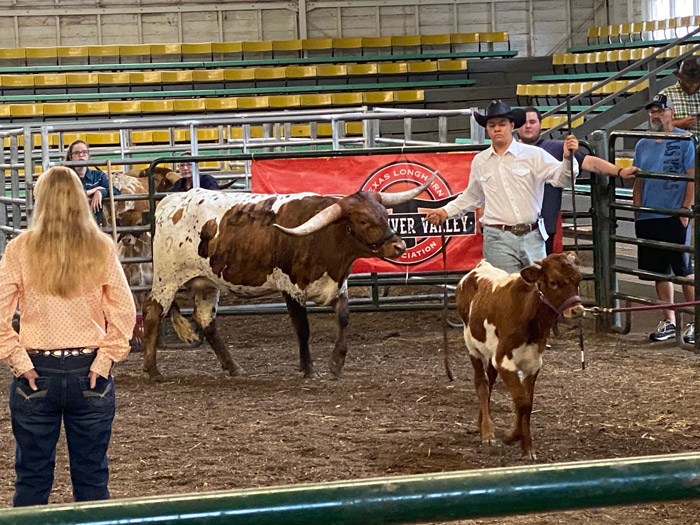 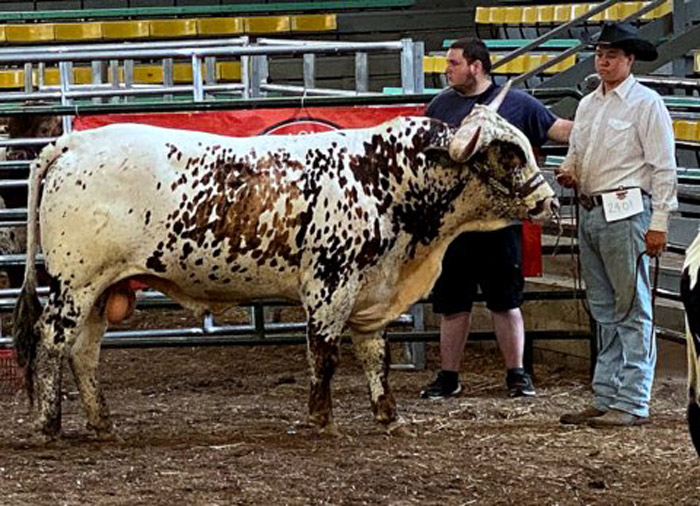