Every person and animal has an "intelligence quotient" (IQ). Some have birth virtues to be thankful for and some do not. A cow herd can be bred with a higher IQ and some can be educated to have a higher IQ -- there is a difference. Some people have skills to educate their cattle. Some cattle have cleverness to out-smart their owners.

Little Johnny arrived from school with dastardly low report card grades. When his father confiscated the report card, he totally exploded and asked Johnny, "What in the world is wrong with you?" After a period of abject fear, Johnny answered, "I don't know -- is it genetic -- or environmental?" Therein is the basis of where the pendulum swings with all cattle IQ.

Sit on the front row of a cattle auction. Observe the deportment of each bovine during its one minute of public evaluation. Most have never been subjected to this loud, bright, hamburger-eating crowd. Some cattle will slowly look around, survey the cage, and slowly walk out. Others will go ballistic, tear down the sale sign, paw the shavings, bounce off the fence, trample their calves, and require a cape to get them out of this scary place. Was that environmental or genetic? Were the critters genetically stupid/crazy or were the people who raised them, let’s say, one mattress short of a bunk bed? Although the sale attendees may not be able to tell the difference, there are ways cattle IQ can be determined.

People are visual. Most of our major decisions are a result of seeing--evaluating fearful places or seeing pleasant, peaceful things. Second is hearing in making important decisions. With cattle, smell is very big, sound is second, and visual is last. Cattle hear and smell things people totally miss. Like people, cattle like to socialize with trusted friends and are less comfortable in strange, unknown places.

Cattle have emotions (Jaak Panksepp, 2011). Their emotional reactions fall into these categories:

Dr. Grandin's early research led to her well-known "Exit scores." Her scoring system has been used around the world to evaluate thousands of cattle and the speed they depart a squeeze chute after restraint. On large ranches where hundreds of cattle were worked per day, radar guns were used to evaluate departure speeds. She found if the same cattle were tested on a different day, the scores were consistent. The nervous/silly cattle blasted out fast and the quiet ones came out slow.

Gearing down to smaller operations, Dr. Grandin developed her "gait scoring" system to score cattle by the gait they departed the squeeze. The 4 score speeds recorded were walk, trot, run, and jump. She also found on different days there was a consistency in this score which correlated to genetic intelligence. She cautions it is important for accurate scores that every critter be handled in the same way.

Also of interest. Lanier (2002) found that fine-boned cattle with slender front foreleg bones were more flighty, and ran out of the squeeze faster. The foreleg bone was 9% wider in the calmer animals.

At Dickinson Cattle Company, most intelligence scores are gathered during halter training. We tried to halter train the first Texas Longhorn calves born in 1967. At that point, under today's standards every calf flunked. Like most registered producers, it was determined that we had started out with the wrong kind of cattle and had to start over.

Today Doug Burris is charged with halter training every bull retained by DCC for a potential herd sire. He and his assistants do the scoring during a one-week "stage one" halter-training course. This evaluation goes beyond the quick radar Grandin score system. Here are his comments:

At the end of the week, each bull gets a score from 1 to 5, with 5 being puppy-dog gentle and leading on a loose rope. (Never kick my granddaughter or you will quickly lose 2 points.) Most never score a 5 due to the short training period. If a bull is continuously difficult, nervous, kicky, or aggravating, he goes to the steer pasture. In recent years at DCC, few bulls fail the intelligence test. By contrast, years ago 3-11% flunked. It was a genetic issue that DCC identified and eliminated over 53 years.

Environmental: This is about management and training. Cattle can increase their IQ with experiences to learn and be handled with ease by planning educational experiences. 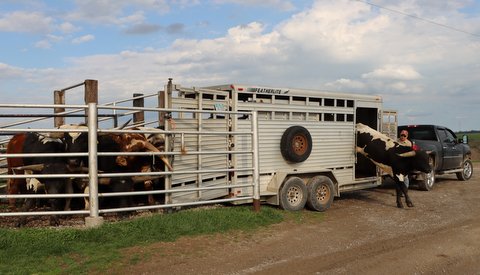 At DCC, every young bull and heifer is driven through a different trailer and hops out the front escape door. This lesson trains them that they must go where pointed. They must learn to trust and be aware. When critters have gone right through a trailer 3 times, they will load with minimal force forever. This lesson turns normal animal fear into a fun game. 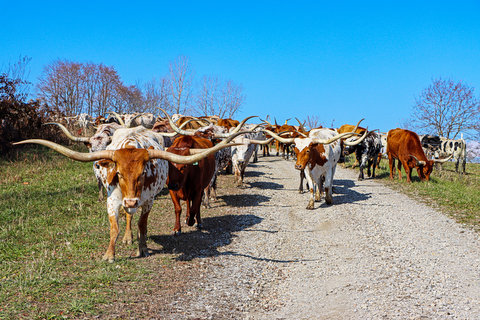 Driving cattle in roads or lanes trains them there is no splitting off. No running for the brush. All go together. It is okay. The more cattle are driven with authority, the higher their IQ. Intelligent cattle will hunt the gate when first driven from a pasture. They recall where the gates are. They don't fear driving, handling, or being corralled. Increasing the IQ of the herd happens every time a successful handling procedure is done. 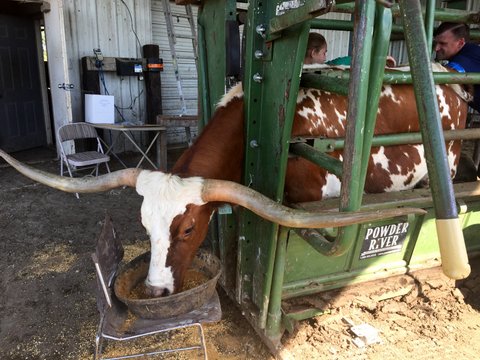 AI and embryo transfer often cost hundreds of dollars for semen and handling. A single jump or movement can cause expensive losses. Keeping cows casual, relaxed, and quiet during a procedure can be as simple as offering a pan of grain. Soon they will walk into the squeeze slowly and hunt their treat instead of starting a barnyard war. 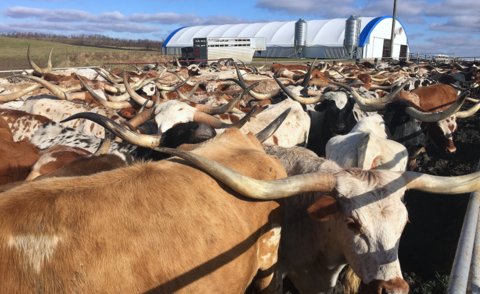 Years ago, low-IQ cows would fight and push one another when penned to the point it was dangerous to walk among them. Trouble-makers need to be spotted and eliminated. Soon with careful visual observation and serious culling, certain families of cattle can be eleminated. Today, DCC cattle will seldom scrap in a pen confinement -- their IQ has increased with selective genetics and continuing education. 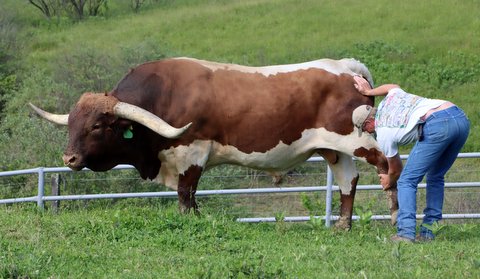 When the herd sire has a high IQ, then his progeny are more likely to share that quality. It is a long-term herd thing and may only make small improvements per generation. Raising great cattle is a life long study. 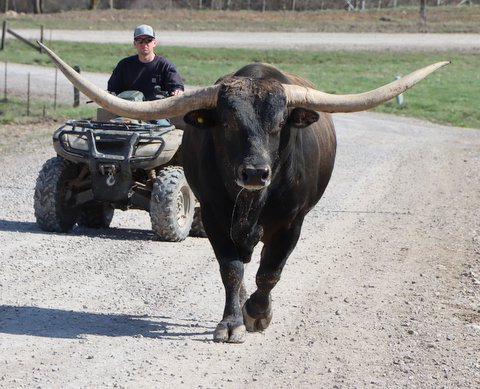 If cattle are well educated and have a good IQ, they can be handled with less help, less stress, and more quickly. It pays to educate cattle when they are young. They will remember it when they weigh over a ton. It also pays to raise intelligent cattle.