There are a lot of ways that cattle have been transported to market: trail drives, railroads, trailers, and ships have all served as a way to move livestock. But there is another method for transporting cattle: aircraft. 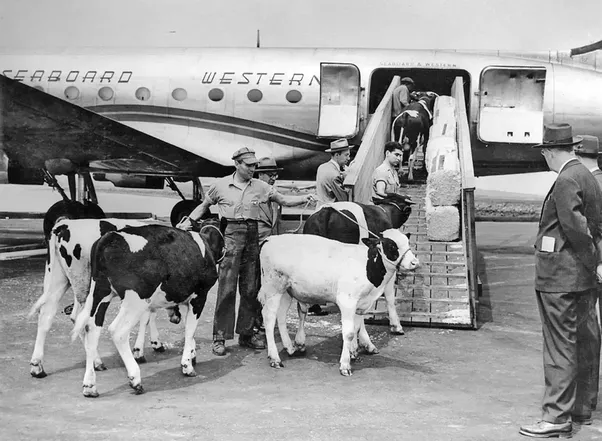 After WWII, there were thousands of surplus military aircraft, including medium and heavy transports that made flying cattle a profitable enterprise. However, there were few transport aircraft that were specially modified for the task of hauling large animals. 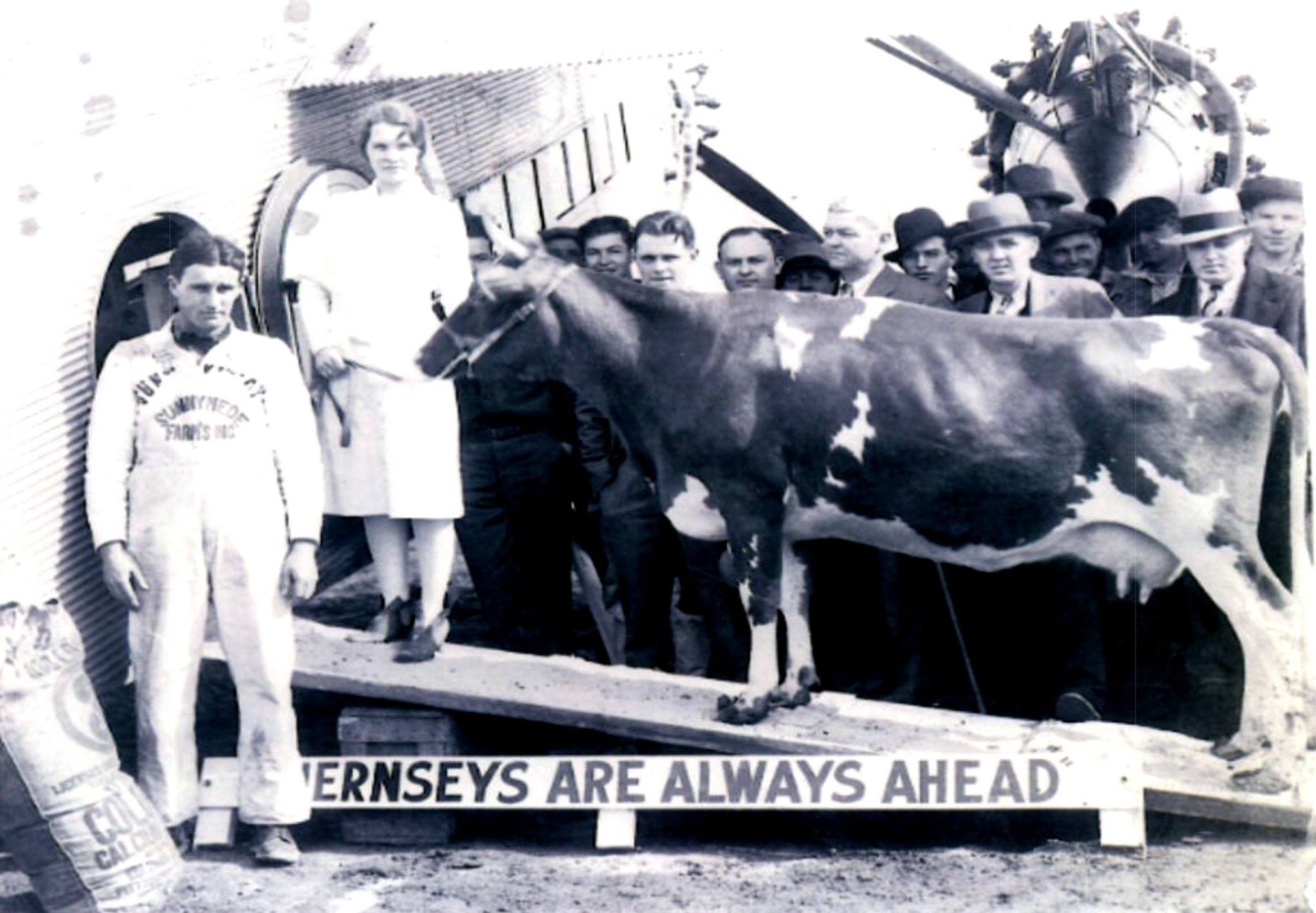 Transporting animals by air goes back to the earliest balloon experiments the Montgolfier brothers performed in France in the late 1700s. It took some time before transporting cattle by air became feasible with the advent of large transport aircraft. On February 18, 1930, aviation history was made when a Guernsey cow named Ollie became the first bovine to take flight. Not only that, she also produced an impressive 24 quarts of milk on the 72-mile flight! Later, she went by her well-earned moniker, The Sky Queen.

Today, there are specialized air transport containers that are basically small, transportable pens that make it possible to easily load cattle for shipment anywhere around the world by air. 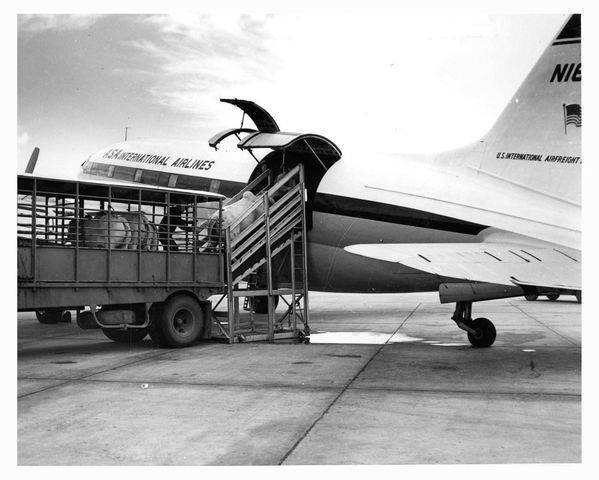 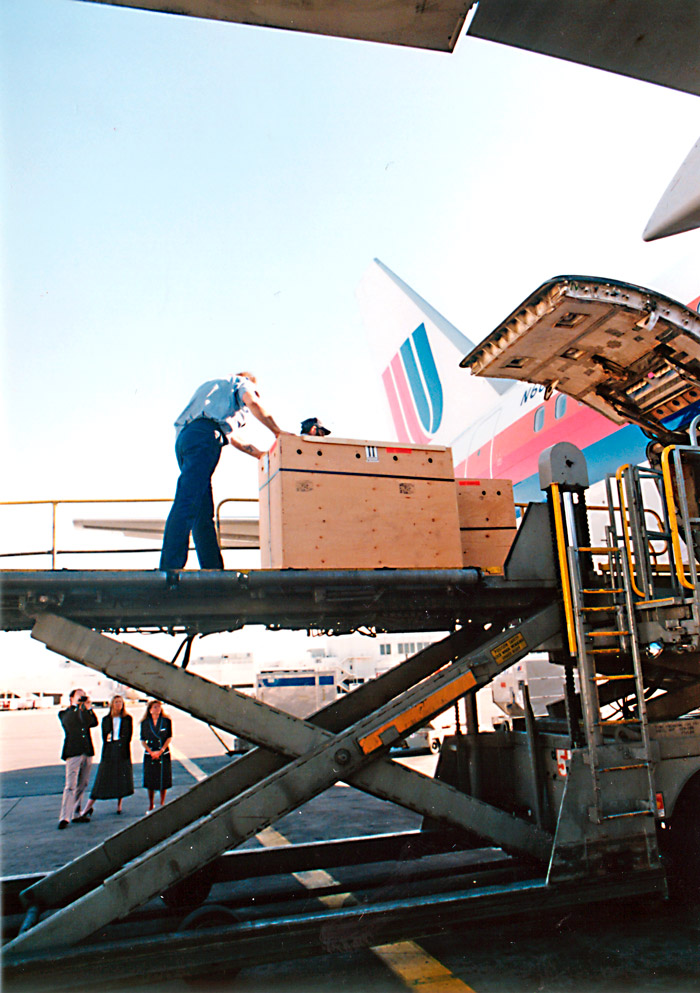 In March of 1990 International Farms of Warsaw, Poland contacted Dickinson Cattle Co and an adventure begin to fly a small herd of registered Texas Longhorn calves to Poland. United Airlines, out of Denver, were excited to be the first to air flight cattle to Europe. On July 27, calves were weaned young, boxed in crates padded with thick carpet, with plenty of air holes.

They were loaded at the Denver airport and arrived in Warsaw 18 hours later. The freight cost was about $1 per lb. A semen tank with 5000 straws of semen was sent from Senator, Zhivago and several other well known bulls. That was the beginning of the Warsaw herd. Today, 32 years later, Dickinson Cattle Co has helped start Texas Longhorn herds in 33 countries mostly with frozen embryos and semen. US government restrictions make it near impossible to ship live cattle today.