Pushing Down the Official Scales

The TLBAA Horn Showcase has been for years an exciting official event for Texas Longhorn large-horn lovers. Satellite measuring sites were staged all across the nation for convenience of entries. Most producers can enter without driving across the nation and be added in the national competition either by a satellite measuring or the final Horn Showcase event somewhere in Oklahoma or Texas. All the measurements are done by approved "horn measuring" judges who have completed the TLBAA judge requirements. An excellent video was produced to define the exact method that all critters must be consistently measured. 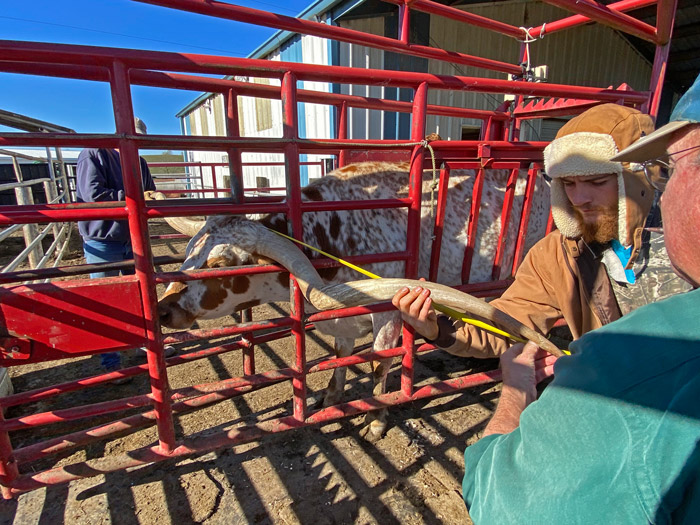 The Horn Showcase attracts the most valued cattle in the breed. Both the highest selling cows, steers and bulls show up to prove, officially, their data. These are often the cream of the breed that are not for sale. It is the accumulation of breed genetic values far over any other sale, or show, or futurity. This is the big one.

Over the years many have criticized the breed saying, "you can't eat horn." The Horn Showcase is all about horn and only about horn. Coordinating with the Horn Showcase Committee, the TLBAA Beef Committee, with Charlene Nance Semkin, chair-lady, worked to add a new dimension. Starting with the 2020 event every animal was weighed at the final HS event. Some satellites who had scales also collected both horn and weight data. Now after the second year of both measuring and weighing more of a total animal can be identified. If people want horn, they have data. If they want weight and size, data is available. All this data was published in the January Trails Magazine. If producers demand both weight and tip to tip in one sire, the data is there for them to research. 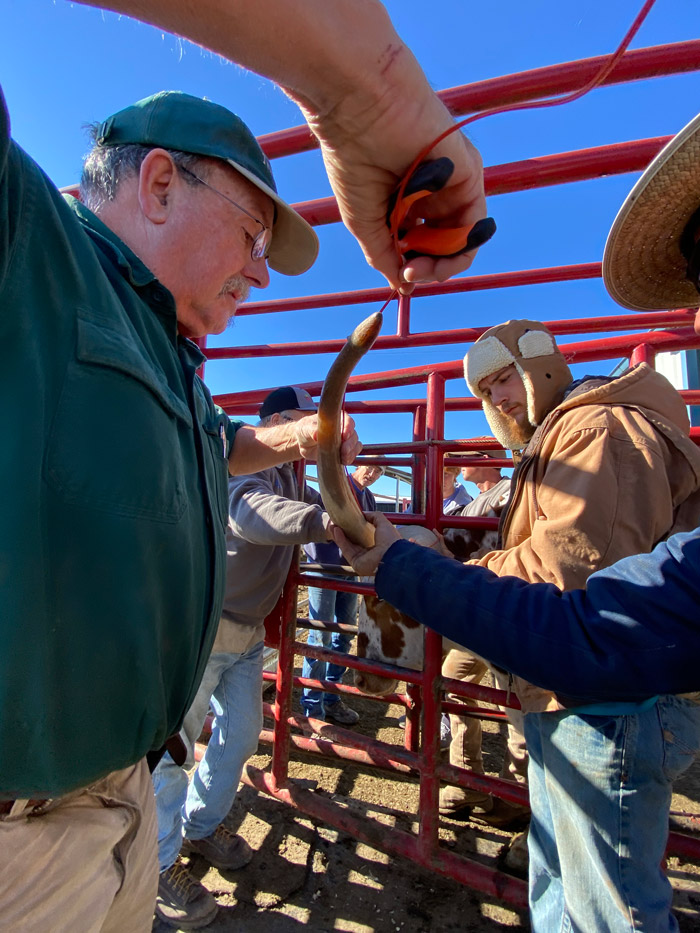 Although lovers of beautiful twisty, long-horns will always be excited about the spreads, in recent years the amazing growth of Texas Longhorn lean beef sales has grown exponentially. A great thing for Texas Longhorns -- trends are going away from the overly fattened breeds. That is where the growth area for this very lean breed is destined. With beef, the faster they grow the more profitable. Not every registered critter can be a champion.

Below is a list of all bulls at the Horn Showcase age 3 and over that were weighed as per the Trails data. In order to save hunting through a dozen pages of Trails fine print, here are the official weights as of the 2021 weighing.

Unfortunately some of the satellites did not have scales, which would have made this data much more complete. Many producers hope that will be a serious consideration for 2022.